Local News > Delta fires back at BVIEC over fuel

Delta fires back at BVIEC over fuel

Delta Petroleum CEO Carlos Robles fired back at the BVI Electricity Corporation on Friday, saying the company is “surprised and disappointed” by the BVIEC press release last week claiming that …

END_OF_DOCUMENT_TOKEN_TO_BE_REPLACED 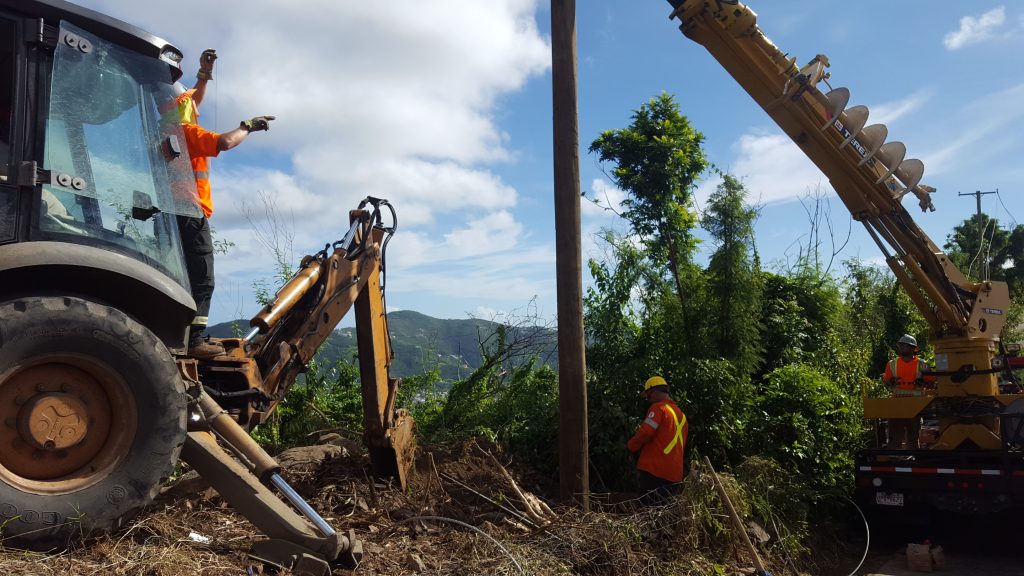 Delta Petroleum is in a dispute with BVI Electricity Corporation involving the fuel supply contract they signed in October to supply power to Tortola, above. (File photo: FREEMAN ROGERS)

Delta Petroleum CEO Carlos Robles fired back at the BVI Electricity Corporation on Friday, saying the company is “surprised and disappointed” by the BVIEC press release last week claiming that Delta could not honour the fuel contract it signed in October.

Delta suggested that BVIEC had not told the whole story, claiming that supply chain issues were to blame and that it had offered a different type of fuel that the utility ultimately rejected.

“The disruption of fuel supply worldwide resulting from the war between Russia and the Ukraine impacted the availability of fuel in the Caribbean and particularly the diesel grade BVIEC had chosen to rely on,” Delta wrote in a press release.

In October, Delta outbid SOL Petroleum to win a five-year contract to supply fuel to the utility.

Last week, Delta said that during the contractual negotiations, the company “implored” BVIEC to consider including ultra low-sulphur diesel fuel as a backup supply plan in place of No. 2 diesel.

“Specifically, on Oct. 26, 2021, Delta warned BVIEC management and board in a formal presentation that ULSD should be included in its supply agreement to mitigate the identified risk to No. 2 diesel fuel supply,” Delta wrote. “ULSD is in plentiful supply and is a more environmentally-friendly product causing less pollution/environmental impact.”

Delta further claimed that the Caribbean is moving away from No. 2 diesel, saying that demand is under five percent in the regional market and “dwindling.”

The company called No. 2 diesel fuel “environmentally unfriendly (dirtier than other suitable and readily available fuels),” and said BVIEC’s choice to use it was “surprising” given BVIEC’s recent attempts to go green.

Additionally, Delta claimed that its attempts to convince the utility of these points largely fell on deaf ears.

“Delta was acutely aware of the far-reaching implications for BVIEC and the BVI’s people, businesses, and economy,” the release stated. “However, despite numerous requests, written and oral, BVIEC management was unwilling to meet and discuss the situation and risk that it posed.”

Delta said its representatives met with BVIEC Chairwoman Rosemarie Flax on April 13 and BVIEC management on May 5, and said it delivered 100,000 gallons of ULSD on May 9, but BVIEC terminated the agreement on May 10.

The disagreement became public the same day, when BVIEC General Manager Leroy Abraham announced in a press release that Delta had notified the utility that it could not continue to source and supply the fuel required under its contract.

The BVIEC claimed that it was working quickly to remedy the situation.

Residents have recently complained about spiking fuel surcharges on their power bills, but the BVIEC said in the May 10 press release that it is “committed to providing exceptional customer service.” The utility also promised to provide updates on the matter as it obtains them.

The BVIEC had harsh words for people it accused of circulating “misleading and disturbing” information and potentially causing “mass hysteria and unnecessary panic” regarding the territory’s fuel supply.

“BVIEC wishes to reassure the public that it takes its corporate responsibilities very seriously and that it has swiftly taken steps to procure the necessary No. 2 diesel fuel for the continued production of electricity in the intervening period while we recommence our tendering process for the purpose of securing a reliable and constant source of supply of fuel for the production of electricity,” the BVIEC press release stated.