Delta variant confirmed in the territory

The highly contagious delta variant of Covid-19 has reached the shores of the territory, Health and Social Development Minister Carvin Malone confirmed Tuesday. On Aug. 4, 19 samples were sent …

END_OF_DOCUMENT_TOKEN_TO_BE_REPLACED 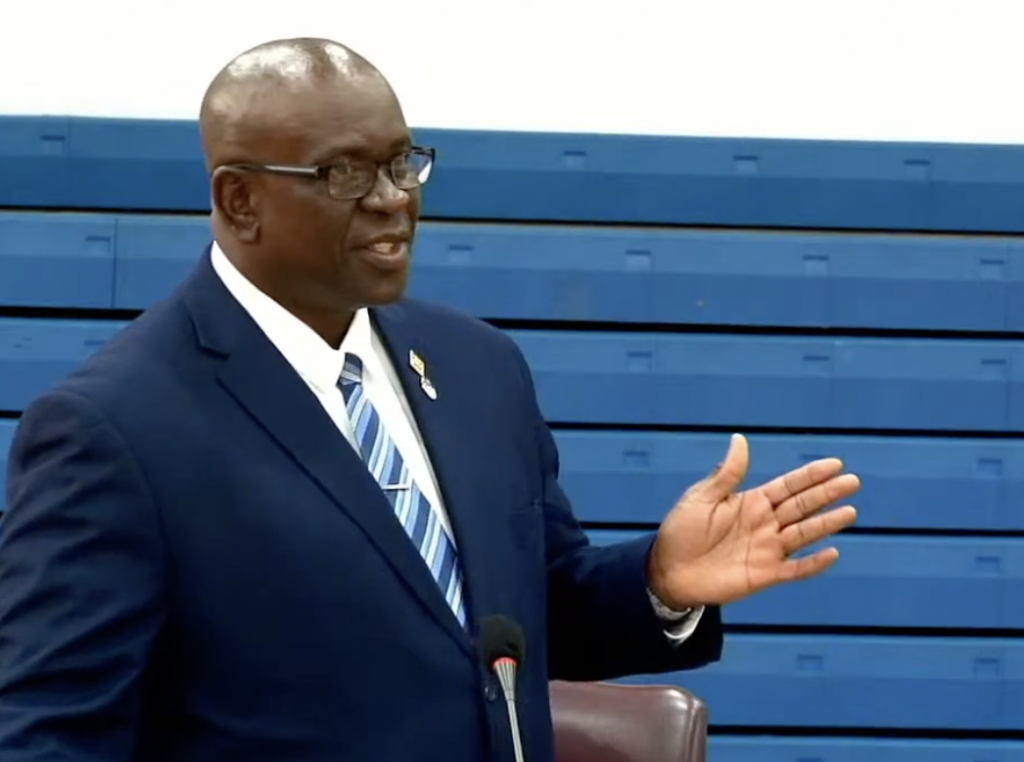 The highly contagious delta variant of Covid-19 has reached the shores of the territory, Health and Social Development Minister Carvin Malone confirmed Tuesday.

On Aug. 4, 19 samples were sent for genetic testing, and one returned positive with the delta variant, Mr. Malone said. The affected person had no travel history, and the other two people in their household tested negative for the variant, he said, adding that their contacts were quarantined.

“The good news is that ac- cording to the samples that were taken, we had a case of delta that was contact traced, isolated and mitigated in the territory,” Mr. Malone said. “The bad news is that the positive case didn’t have a travel history: Therefore, we can assume that the delta variant may still be and is likely to be lurking within the territory.”

Results from testing carried out over the weekend showed that there were 42 active positive cases of Covid-19 in the territory as of Tuesday, according to government’s Covid-19 dashboard.

The number represents a sharp drop from a recent outbreak that started in late June, taking three dozen lives as active cases spiked above 1,600.
But by July 16, the number of active cases was decreasing, and it had fallen to 152 by Aug. 6.

As of Tuesday, 32 of the active cases were on Tortola, nine were on Virgin Gorda and one was aboard a vessel, according to government’s dashboard.

Twenty-six of those cases were local and ten were from contacts of other cases, according to government. As of Tues- day, eight people were in the hospital, all of whom were unvaccinated.

Altogether, the territory had confirmed 2,561 Covid cases and 37 deaths as of Tuesday.

More than 72,600 tests were administered, government reported, and about 3.5 percent of them returned a positive result.

Of those testing positive, about 1.4 percent have died with the disease. In an address to the House of Assembly on Friday, Premier Andrew Fahie said contact tracing has revealed the cause of the rapid recent spread: increased social gatherings and a failure to follow safety protocols.

He defended government’s decision to impose a curfew and other restrictions as measures to fight community spread. He also encouraged people to get vaccinated.

As of Tuesday, 12,569 people had been fully vaccinated in the territory and 4,245 had been partially vaccinated, ac- cording to government’s dashboard.

“Our goal is to get to herd immunity and beyond by fully vaccinating at least 22,500 persons,” Mr. Fahie said. “We want to achieve herd immunity to feel more comfortable that our community on a whole will be protected no matter what variant comes our way.”

He asked ages 12 to 17 to get vaccinated through the Vaccination Bubble Initiative that began at the end of July.

The programme allows interested residents to receive the Johnson & Johnson or Pfizer vaccines in the United States Virgin Islands. Priority is given to ages 12 to 17 since no one under 18 is eligible to receive the AstraZeneca vaccine available here.

During a question-and-answer session in the House of Assembly on Monday, Mr. Malone answered opposition member Mitch Turnbull’s question about testing on sister islands.

He said all tests conducted on the islands are processed at the Dr. Orlando Smith Hospital.

Rapid tests, he added, are being conducted at the ports and at a testing centre at a primary school that he didn’t name.

“We intend to improve the capacity of the Health Services Authority in the testing requirements for worldwide travel and the fight against Covid-19,” he said.

Asked by Mr. Turnbull why residents aren’t allowed to drive themselves to home quarantine or day-four testing, Mr. Malone said transportation is provided to “limit opportunities for the breaching of quarantine.”