Demolition and waterproofing work has progressed at the Ralph T. O’Neal Administration Complex this year despite complications caused by the Covid-19 pandemic, according to Transportation, Works and Utilities Minister Kye …

END_OF_DOCUMENT_TOKEN_TO_BE_REPLACED 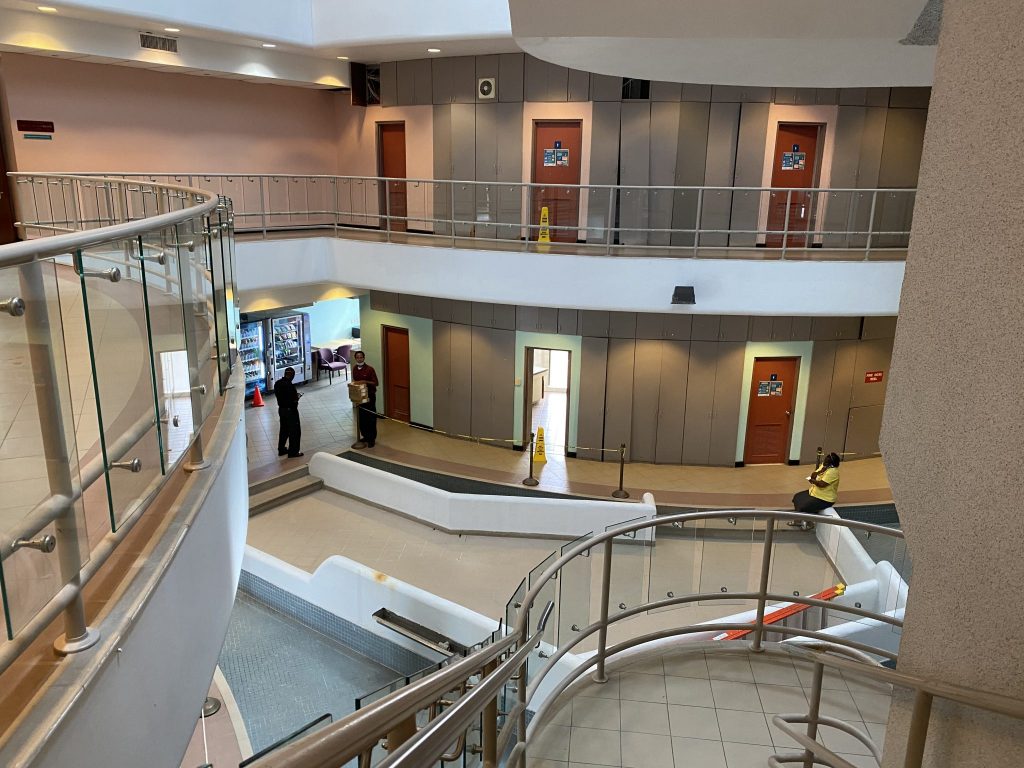 Work stalled on utility design and installation, as well as outfitting the interior of the Ralph T. O’Neal Administration Complex, but work is progressing now. (File photo: DANA KAMPA)

Demolition and waterproofing work has progressed at the Ralph T. O’Neal Administration Complex this year despite complications caused by the Covid-19 pandemic, according to Transportation, Works and Utilities Minister Kye Rymer.

However, work stalled on utility design and installation, as well as outfitting the interior of the facility.

In a statement delivered on his behalf by Premier Andrew Fahie last Thursday in the House of Assembly, Mr. Rymer stated that Cabinet recently approved procuring demolition services for the remaining east and west wings — largely to get rid of mould-ridden items — through petty contracts and work orders.

Mr. Rymer said government chose to use petty contracts and work orders both to help stimulate the economy and to tackle the variety of office segments to be demolished.

He said this stage of demolition doesn’t include the previously flooded basement, home to water-damaged government archives.

“We have been advised that these files should be secured in place until the Commission of Inquiry has concluded,” he stated.

After that, he added, a tender process will be issued to choose a company to salvage what can be saved and dispose of what can’t.

The other area of progress was waterproofing and reinforcing parts of the building, according to Mr. Rymer’s statement.

DesignBVI Limited is working to remove damaged glass windows and doors and replace them with impact-resistant materials, he stated.

The first shipment of aluminium frames is set to arrive this month, followed by the glass, he said.

He added that tendering will open in the next few weeks for building elevator housing in the west wing, as well as repairing exterior finishes. Other promised improvements include upgraded atriums and breezeways.

“Upon installing the impact glass, the new elevator on the west wing, and the refinishing to the exterior building, will see a remarkable transformation to the damaged, plywood cladded structure that is currently used,” he said.

He did not disclose a timeline for the overall completion of the repairs to the building, which was severely damaged in Hurricane Irma.