Facing increasing pressure from members of the United Kingdom Parliament, the Crown dependencies of Jersey, Guernsey and the Isle of Man jointly announced last week what they called “a series …

END_OF_DOCUMENT_TOKEN_TO_BE_REPLACED 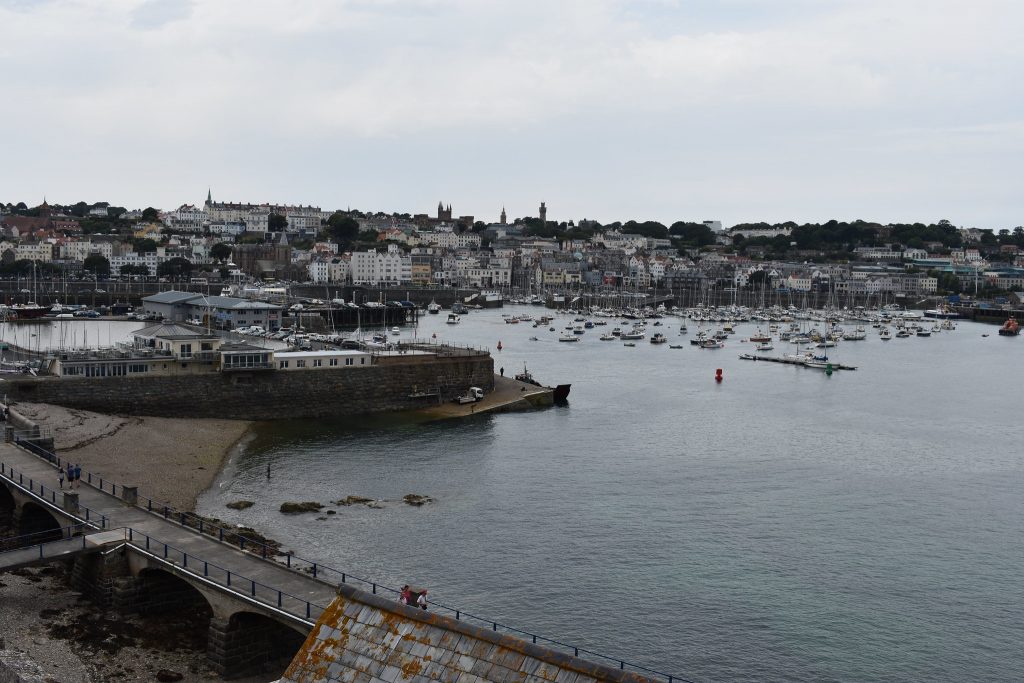 Last week, Guernsey (above), Jersey and the Isle of Man agreed to enact public registers of beneficial ownership by 2023. (Photo: STEPHEN COLEBOURNE/CREATIVE COMMONS)

Facing increasing pressure from members of the United Kingdom Parliament, the Crown dependencies of Jersey, Guernsey and the Isle of Man jointly announced last week what they called “a series of steps” towards implementing public registers of company ownership by 2023.

“The three jurisdictions have a long track record of high standards which are effective in helping to tackle financial crime and countering the financing of terrorism,” their joint statement read. “The commitment announced today will increase further transparency and accessibility, while maintaining high standards of accurate, up-to-date, verified information.”

Their timeline consists of three steps:

• in 2021 merging their registers with their European Union equivalents for access by law enforcement authorities and financial intelligence units;

• in 2022 giving businesses access to the registers to do their “due diligence;” and

• in 2023 bringing legislation before their parliaments to make their registers publicly available.

The announcement was designed to bring the dependencies in line with “regional standards,” including the European Union’s Fifth Money Laundering Directive, the BBC reported.

In the VI
Recently, the UK has been pushing the dependencies and overseas territories, including the Virgin Islands, to declare ownership of companies registered there in order to better combat tax evasion, money laundering and terrorist financing. In spring 2018, Parliament passed legislation allowing the UK to order the OTs to implement public registers by 2020.

However, in January, the VI and other OTs learned they would not be required to implement the registers until 2023, after an announcement by Lord Tariq Ahmad, minister of state for the Commonwealth and the United Nations. From the beginning, VI leaders have stressed the territory’s compliance with international transparency standards and said the government will not enact public registers until they become a global standard.

The Crown dependencies have also claimed to be “global leaders” in transparency. Jersey’s external relations minister, Senator Ian Gorst, said last week that “the commitments we are announcing today, alongside Guernsey and the Isle of Man, will help to ensure that this leadership role is maintained, while taking into ac- count the standards being developed within Europe.”

He added that the dependencies hope other jurisdictions will feel compelled to raise their own standards for data verification and regulation.

Reaction
In March, a group of MPs tried to force the Crown dependencies to make their registers public, too, but didn’t succeed. Dame Margaret Hodge, the leader of the group pushing the registers, said last week she welcomed the dependencies’ proposed change, but also expressed scepticism, calling the timetable “unacceptably long” and vowing to continue pushing legislation forward to require registers by law, the Guardian reported.

John Christensen, director of the Tax Justice Network, had harsher words. In a press release, he called the move “the opposite of leadership.”

“The Crown dependencies have today set out a three-year plan to table a discussion in parliament with no commitments and no details on whether they will comply with emerging international standards on beneficial ownership transparency,” he stated.