Three-time legislator and Fifth District representative Delores Christopher died on Tuesday. She was 70. Ms. Christopher, the third woman ever elected to the territory’s legislature, was known as a fierce …

END_OF_DOCUMENT_TOKEN_TO_BE_REPLACED 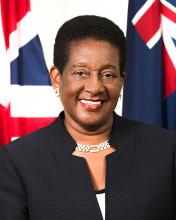 Three-time legislator and Fifth District representative Delores Christopher died on Tuesday. She was 70.

Ms. Christopher, the third woman ever elected to the territory’s legislature, was known as a fierce advocate for the preservation and celebration of Virgin Islands culture.

“One of the things we would always remember about Honourable Christopher was that she swelled with so much pride in being a BVIslander,” Deputy Premier Dr. Kedrick Pickering said in a tribute on Tuesday. “She was a woman of many passionate words of these Virgin Islands. She was very politically minded and advocated for the development of the people of this territory.”

After her victory in 2011, Ms. Christopher’s House of Assembly peers also voted for her to serve as deputy speaker, a role she filled until her death.

Her 11 years as an elected official are the second-most for any woman in VI history, behind only Eileene Parsons, who served for 12.

Ms. Christopher also contested general elections as an atlarge candidate in 1999 — the NDP’s first election — and in the Fifth District in 2007.

Her colleagues honoured her with an official moment of silence in the HOA yesterday morning and postponed the scheduled debate on the Recovery and Development Plan.

Ms. Christopher’s influence can be felt across a number of the territory’s cultural touchstones: She was one of the founders of the annual Christmas on Main Street — now called Christmas on DeCastro Street — and spearheaded the 2013 VI Festival of Arts.

Additionally, she advocated for the establishment of a national museum to preserve and display the territory’s historical artefacts, according to Dr. Pickering (R-D7).

“Her contributions to the cultural development and historical preservation of the territory are invaluable,” he said.

Ms. Christopher was born on Oct. 27, 1947. She was raised in Long Look and earned a diploma in executive secretarial studies at Duffs College in Barbados, as well as a certificate in public administration at the University of the West Indies in Jamaica.

Additionally, Ms. Christopher was a businesswoman who served as president of the Association for the Advancement of Small Businesses, an organisation she helped found.

Beacon archives also touch on her presence in other areas of the territory, including singing a “touching” trio performance with two other singers in the Road Town Methodist Choir on Easter in 1985.

Ms. Christopher’s cause of death has not been announced, though the late deputy speaker had been absent from House of Assembly sittings for about six months due to medical reasons.

She is survived by her husband Robert Christopher; her children Troy, Art and Najan Christopher; and her grandchildren. Funeral arrangements have not been announced.

“Honourable Christopher will long be remembered as a daughter of the soil,” Dr. Pickering said, adding, “May God grant us all comfort during this difficult time.”