At the same time that Health and Social Development Minister Carvin Malone was providing an update on derelict vehicle removal efforts in the House of Assembly last month, he noted …

END_OF_DOCUMENT_TOKEN_TO_BE_REPLACED 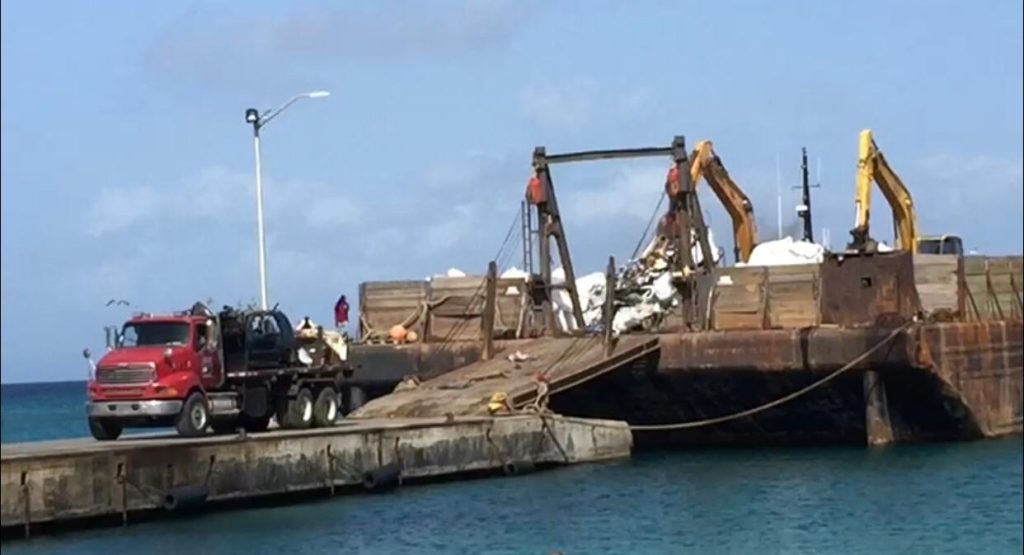 At the same time that Health and Social Development Minister Carvin Malone was providing an update on derelict vehicle removal efforts in the House of Assembly last month, he noted the return of a barge that recently carried approximately 2,000 tonnes of scrap metal to Colombia after departing here on Feb. 25.

“This volume of scrap metal included about 1,800 derelict vehicles,” Mr. Malone said during an April 22 HOA meeting. “We anticipate that within the next two to three months, another load of scrap metal will be exported for the recycling purpose.”

Mr. Malone also said that Cabinet awarded a contract to Tortola Concrete Products on Dec. 16, 2020 to process and export derelict vehicles and other scrap metal from the temporary site at Pockwood Pond to Colombia for recycling.

At that same meeting, Cabinet entered into a sales agreement with another company, MET Global Inc., which will purchase scrap metals, he said.

In the coming weeks, the Department of Waste Management will pursue an aggressive campaign to tag and collect remaining derelict vehicles for another shipment — the fifth since the removal effort started in 2018, he said.

Members of the public are invited to report the location of such vehicles to the department at 468-4934 or dwm@gov.vg.

Mr. Malone also encouraged owners who are hanging on to non-functioning vehicles to “take a picture” for sentimental value and then let them go to further the territory’s goal of clearing scrap metal from the islands.

The update came after a request by opposition member Mitch Turnbull, who also asked about derelict boats left by the 2017 hurricanes.

Mr. Malone said an update on derelict boats would have to come from the Ministry of Natural Resources, Labour and Immigration.