A Digicel Group affiliate has filed for Chapter 15 recognition in a federal bankruptcy court in New York, but company officials described the move as an administrative proceeding that won’t …

END_OF_DOCUMENT_TOKEN_TO_BE_REPLACED 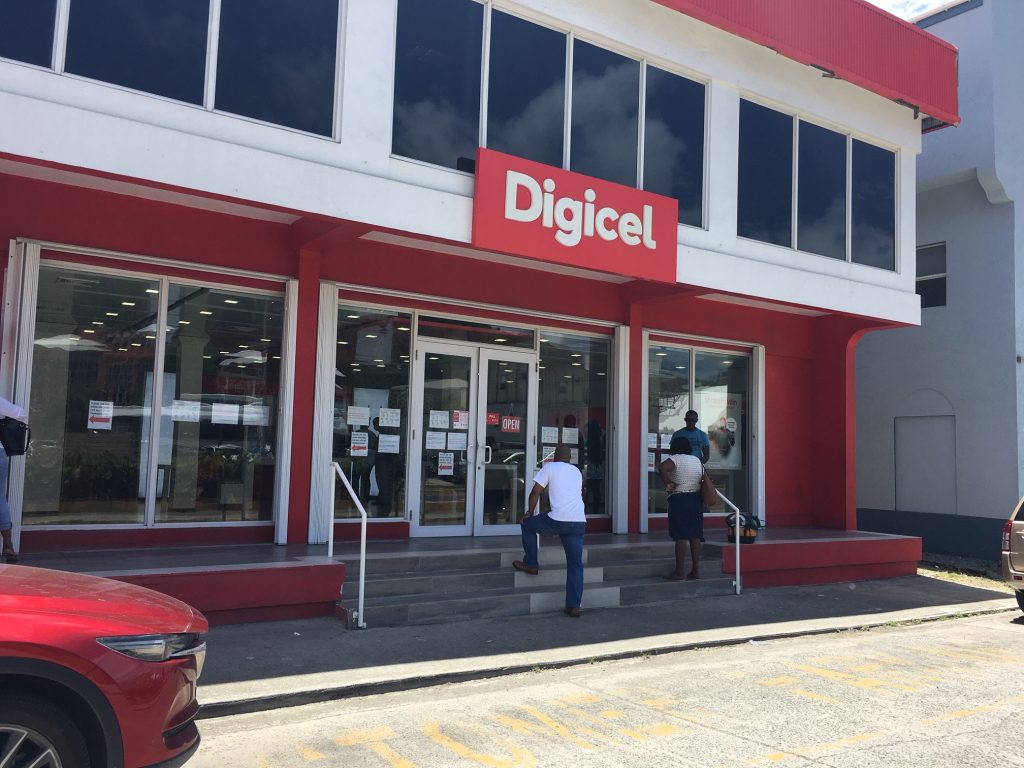 A holding company for Digicel, one of the three wireless providers in the Virgin Islands, has filed for bankruptcy protection in federal court in New York, but company officials said the move won’t affect service. (Photo: CLAIRE SHEFCHIK)

A Digicel Group affiliate has filed for Chapter 15 recognition in a federal bankruptcy court in New York, but company officials described the move as an administrative proceeding that won’t affect the firm’s operations in spite of
falling profits as customers in the region increasingly turn to data to make calls.

Digicel Group One Limited, a Bermudian non-operating intermediate holding company within the Digicel Group, made the filing as part of a debt restructuring, according to the firm.

The holding company was granted an application for provisional liquidation in Bermuda.

In a press release, Digicel said the decision to liquidate the holding company will have no effect on day-to-day operations.

The Jamaica-based company, which was founded in 2001 and is one of three wireless providers in the Virgin Islands, said the refinancing would reduce the company’s debt by $1.7 billion, extend debt maturities, and lower finance costs.

“Following overwhelming support from our debtholders for these proposals, we are now progressing with the required administrative processes,” the release explained.

Those processes include a “scheme of arrangement” submitted to courts in Bermuda and the appointment of “light-touch” provisional liquidators,
according to the firm.

However, according to financial statements Digicel submitted to court in the Southern District of New York — which were published by the news service OffshoreAlert — Digicel Group had a total outstanding debt of $7.4 billion at the end of Q3 2019.

For the fiscal year ending March 2019, Digicel had an operating profit of $479 million and an annual turnover of $2.3 billion.
According to court documents filed by Digicel, the company’s debt-financing costs have increased significantly as the group faced declining phone revenues in Haiti, Jamaica and the French West Indies as customers
turn to data to make calls.

Haiti, traditionally a strong market, reported revenue losses of $47 million, and Jamaica was down $31 million, according to the company’s filing. Revenue growth from data and other services has not been enough to offset the losses, the filing continued.

Furthermore, the filing stated, the expansion of such services has required major expenditures of capital, which has reduced the company’s ability to generate cash flow and left it unable to lower finance costs.

“As a result,” the court filing read, “the Group finds itself with unsustainable levels of indebtedness.”

From April to September 2019, the group’s finance costs increased by $51.4 million to $312.9 million when compared to the same period the previous year, amounting to 19.7 percent, according to Digicel’s filing.

“In the face of near-term maturities, increasing finance costs and widening losses, the Group determined that there was a need for a comprehensive
restructuring of its capital structure that would reduce aggregate liabilities, improve its liquidity profile, and provide flexibility for the Group to access further capital in the future to fund its businesses,” the court filing read.

In the press release, Digicel added, “It is important to point out that this will have no impact on our day-to-day operations, our staff, our suppliers, our customers or any aspect of our ongoing activities. It is business as usual.”

A bankruptcy hearing is scheduled for this month.