In the 10 months after the One Year Barbados visa for remote work launched, it processed some 2,500 applications, earned $6 million for government coffers, and raked in at least …

END_OF_DOCUMENT_TOKEN_TO_BE_REPLACED 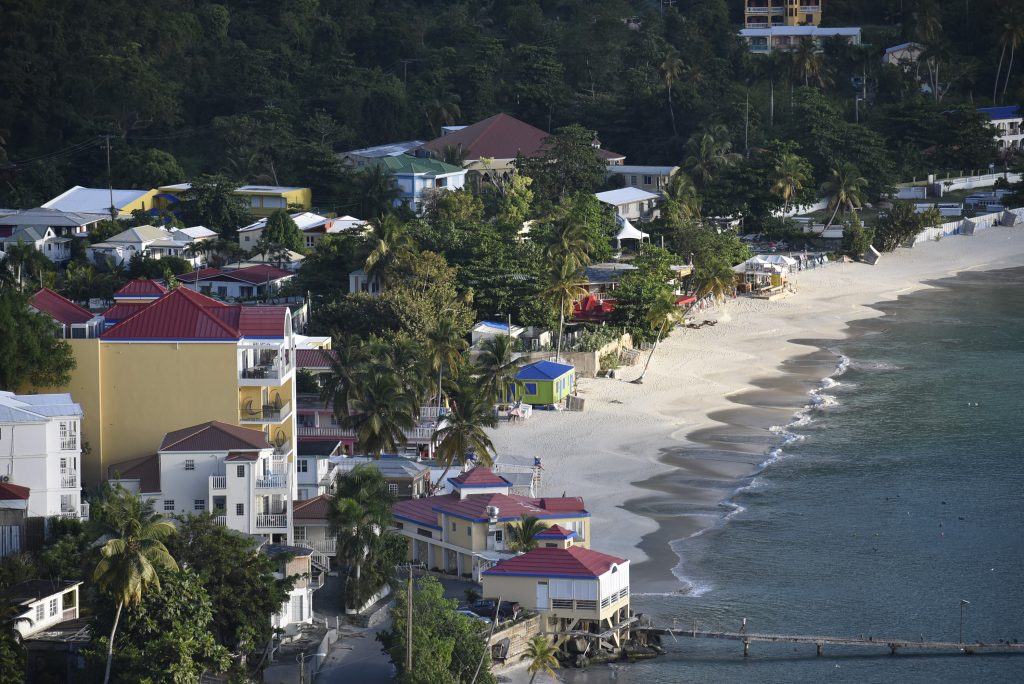 In the 10 months after the One Year Barbados visa for remote work launched, it processed some 2,500 applications, earned $6 million for government coffers, and raked in at least $100 million worth of tourism revenue for the country, eclipsing the roughly $70 million intake from cruise ships in a typical year, according to one of the visa’s architects.

The One Year Barbados visa was among the first of six programmes targeting remote workers that sprang up in the  Eastern Caribbean during the Covid-19 pandemic.

They are aimed at boosting tourism in countries where travel restrictions made traditional short-term holidays more difficult, according to the United Nations Development Programme, which hosted a web forum on the topic late last month.

Panellists said the “digital nomads” using the visas represent a new type  of visitor that Caribbean economies must attract if they want to remain competitive.

“The remote work industry in Barbados was announced in July and operationalised in August, so in 10 months, less than a year, we have already outpaced an industry [cruise tourism] that we hreave spent countless years and countless public dollars developing,” said Peter Thompson, CEO of Remote Work Barbados, who helped develop the visa programme. According to Nikola Simpson, head of the UNDP accelerator for Barbados and the Eastern Caribbean, the estimates exclude school fees, food, entertainment and  transport, “which could directly benefit [micro, small and medium-sized enterprises] and
women in particular, who tend to be overly represented in the services sector.”

Ms. Simpson added that the pandemic is shifting consumer demand.

“International visitors want not only to stay longer, but also to travel with their families and have safer and more personalised experiences with greater elements of environmental sustainability,” she explained.

Mr. Thompson said the programme’s benefits extend beyond the $6 million brought into the Barbados government’s coffers.

Visa recipients are working virtually, but because they interact with residents daily, their influence inevitably rubs off on residents, he explained.

“The future beyond tourism, of our economies, depends on our acquisition of these exact same skills that these digital experts have already, and they’re going to be our neighbours,” Mr. Thompson added.

Still more countries are jumping onboard as they watch how the new visas play out.

The Virgin Islands could be one of them. In April, Natural Resources, Labour and Immigration Minister Vincent Wheatley announced the upcoming launch of a “work in paradise” long-stay visa similar to the ones offered in Barbados and Antigua and Barbuda.

He didn’t specify a timeline or any specific requirements, other than that recipients would not be permitted to work for local employers.

“The introduction of new revenue streams are needed to propel the BVI into new arenas, thus resulting in more financial flexibility,” he stated
at the time. “Similar to other  island nations across the Caribbean, the BVI has realised lower tourist arrivals as a result of Covid-19, and as such the introduction of a remote work programme will encourage more arrivals to our shores.”

Even though “digital nomads” live and work among residents, the programmes are designed to ensure that they don’t drain resources from the local economy, said Katrina Yearwood, chief immigration officer for Antigua and Barbuda, which introduced its two-year “Nomad Digital” long-stay visa in September.

“They have to rent homes, [and] … if they have children you have to be going into a private school,” she said. “This niche market is not depleting the government purse.”

Besides infusing money into the economy through rent, food  and entertainment, many of the long-term visitors also employ residents as cleaners or nannies, she added.

“And because of the rapport that we have with them, they have no issue, no qualms with giving back to the community,” she said. “And that’s a very impressive and beneficial thing here in Antigua and Barbuda.”

Another panellist was Ava Nasiri, an Iranian-Canadian engineer and digital nomad who is currently living in Barbados on the new visa.

Ms. Nasiri told the panel that as a long-term visitor, she was working to increase her sense of “belonging,” which she broke down into two categories.

“One is contribution. And for me, that looks like making certain purchases direct from the farmer stands by the road, the vegetables, supporting small and micro businesses,” she said. “And community is part of this as well.”

The panellists agreed that the new visas, by helping visitors build connections with a place, will likely help to increase tourism long-term as well.

Mr. Thompson acknowledged that Covid-19 “basically destroyed what used to be our largest industry. But if we are savvy about this, we can build back better.”

He added, “There’s a big problem in the Caribbean, about how we count and calculate the benefits of tourism. We count bodies that arrive at the airport. That statistic is fundamentally irrelevant. It is more important to count the local spending.”