Caramelised guava with onions and Callwood rum were among the ingredients of a blue, slushy drink created by mixologist Everson Rawlins on Friday night. “You won’t taste the alcohol, but …

END_OF_DOCUMENT_TOKEN_TO_BE_REPLACED 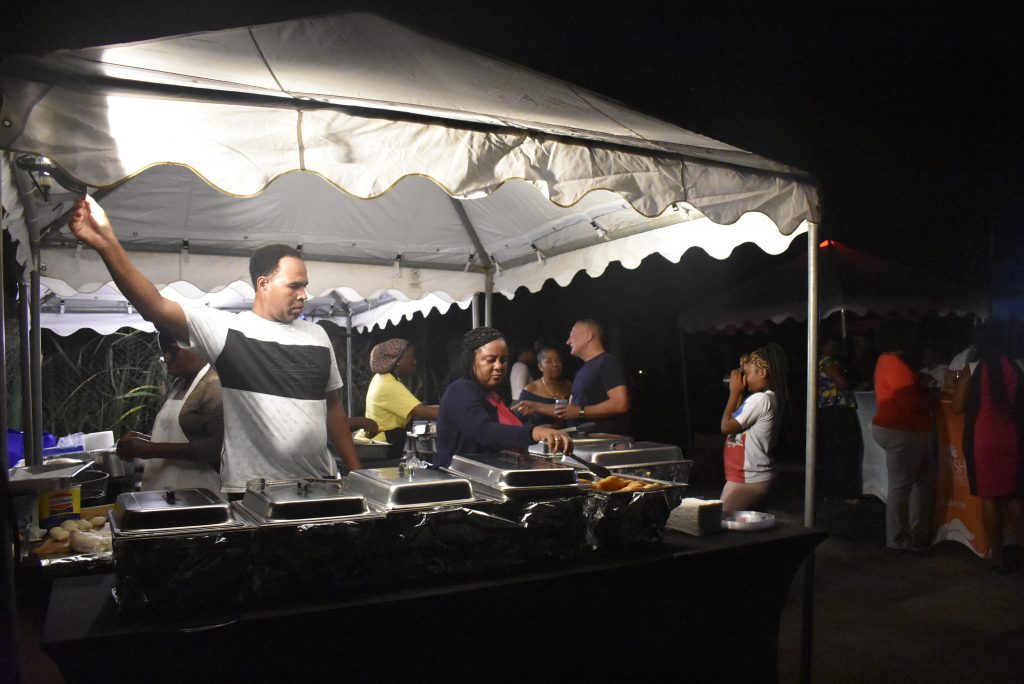 Caramelised guava with onions and Callwood rum were among the ingredients of a blue, slushy drink created by mixologist Everson Rawlins on Friday night.

“You won’t taste the alcohol, but you’ll feel it later on,” he said as he handed a guest a glass.

The smell of fried fish and the sounds of music filled the streets of Cane Garden Bay on Friday night during the Fish N’ Cocktails event that helped launch the BVI Food Fete.

Mr. Rollins was one of three mixologists who created their own cocktails through- out the night.

Underneath white tents set up in front of the Callwood Distillery, and alongside chefs who served fried fish and johnnycakes, Mr. Rollins, Jabari Stoutt, and Robert Swain served Callwood Rum in their drinks.

“We donated the rum tonight,” said Matthew Callwood, adding that the varieties they provided included the sweet sugarcane rums that the distillery produces during the offseason.

Right now, the distillery is not making any rum as the tourist season starts up. According to Mr. Callwood, the building gets too hot to accommodate guests while the rum is created.

The Callwood family can make up to 25 gallons a day, and that includes four different types of 80-proof rums.

The white rum is made more easily and in bigger quantities than the rest. But the other three caramel-colored rums, including the famous “Pantydropper” variety, take anywhere from four years to ten years to make and were described by Mr. Callwood as being the “oldest and smoothest.”

To make the rum, sugarcane is bought locally and its juice is left to ferment for up to 15 days. The distillery heats up the wine-like juice, creating vapour that eventually becomes the rum itself. The product comes out as 151-200-proof alcohol, but is diluted for bottling and consumption.

Throughout the month of November, the territory will host a plethora of culinary events that celebrate local cuisine. As a pre-cursor, two launches took place this week and last.

While an official launch was held at the Crafts Alive Village on Oct. 18, the Fish N’ Cocktails event was an informal gathering, according to Keith Dawson of the BVI Tourist Board, who attended along with other BVITB representatives.

“We changed it up a little bit this year, but the [Tourist Board] is still in charge of running it,” Mr. Callwood said of the event. “This is like an annual thing that they do every year.”

The Food Fete officially begins on Nov. 7 with the Gourmet Soiree on Scrub Island Resort and Spa, followed by the Taste of Tortola in Queen Elizabeth II Park on Nov. 9.