Dog laws up for re-evaluation

As part of the government’s efforts to overhaul legislation regulating farming and livestock, it is also reviewing the rules governing the ownership of dogs in the territory. Included in the …

END_OF_DOCUMENT_TOKEN_TO_BE_REPLACED 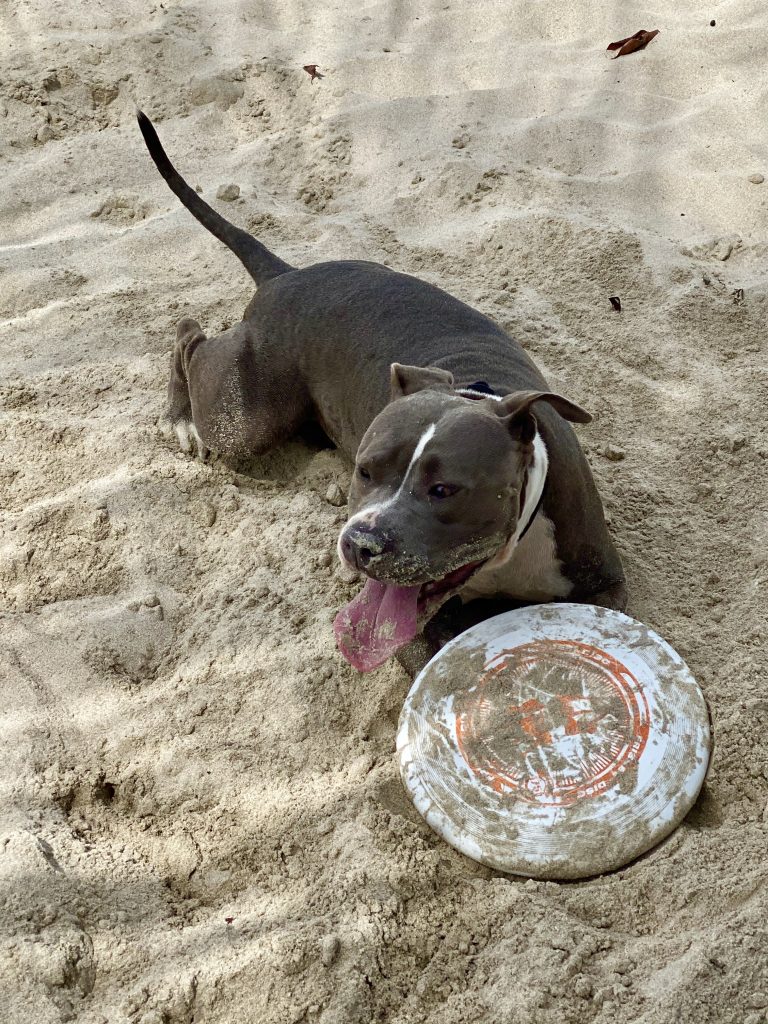 As part of the government’s efforts to overhaul legislation regulating farming and livestock, it is also reviewing the rules governing the ownership of dogs in the territory.

Included in the recently publicised draft Food Security and Sustainability Bill is a section concerning dog-ownership regulations, and the bill writers are seeking community input.

The dog-related provisions draw from existing laws that would be replaced by the proposed legislation.

Drafter George de Bert Romilly, a Canadian specialist in climate change and environmental law, said the current version of the bill draws on the Pounds and Livestock Brands Act 2004 and the Dogs (Prevention of Injury to Persons, Livestock and Poultry) Act 2001.

As is, the bill imposes strict rules for dog owners, confirms the liability of dog owners for damaged livestock, dictates an evening curfew for dogs to remain at home, and allows “dangerous dogs” to be killed.

Since assembling the 95- page bill, which consolidates several VI laws concerning fisheries, agriculture and animal protections under one umbrella, government has been seeking input from the community, Mr. de Bert Romilly said.

As part of that effort, he explained, officials consulted several nongovernmental organisations including the Humane Society of the BVI, to strike a balance between safety, cultural standards and humane practices.

The Humane Society board of directors said it was invited to review the draft bill and provide feedback as a stakeholder.

“In reviewing it we advocated for the welfare of all animals, with a particular focus on adequate food and water, appropriate shelter and a right to live without cruel treatment,” the board wrote in an email to the Beacon. “We support penalties for failure to provide these three basic needs.”

One area addressed in the bill is the regulation of “dangerous dogs.” The bill doesn’t include provisions targeting any specific breed of dog, but it does specify that the minister in charge may declare “any type of dog that appears to him to be bred for fighting, or to have characteristics of a type bred for that purpose, is a dangerous dog.”

In the United Kingdom, it’s against the law to own, sell, breed, give away or abandon certain types of dogs, including the Japanese tosa, the pit bull terrier, Dogo Argentino and Fila Brasileiro. UK police can take away a banned dog even if it is not acting dangerously and no complaints have been filed, as long as it has the characteristics of a banned breed.

Under the current iteration of the VI bill, police officers would be allowed to impound and destroy “dangerous dogs,” either by shooting with a firearm or “by killing in some other manner which will cause as little pain and suffering as possible.”

Dog owners would have to have dogs defined as dangerous killed within 30 days of an order made by the minister: Otherwise police would be allowed to intervene. Anyone who still possesses a “dangerous dog” after the deadline faces a fine up to $1,000 or maximum six months in prison.

Owners also assume liability for damages to people, livestock and poultry under the bill.

“It shall not be necessary for the person seeking such damages to show a previous mischievous propensity in the dog, or the owner’s knowledge of such propensity, or to show that the injury was attributable to neglect on the part of the owner,” according to the proposed bill text.

All dogs would also be required to be tethered or otherwise confined to the owner’s home from 8 p.m. to 5 a.m.

Owners would also be required to post notices on their property about the presence of a dog; keep female dogs in heat secured at home; and permit police officers to enter their household anytime between 8 a.m. and 6 p.m. to ensure rules are being followed. Allowances would be made for guide dogs and government security dogs.

The territory has recently been cracking down on leash laws. A Nov. 13 press release from the Department of Agriculture and Fisheries requested that all animal owners keep animals, especially dogs, leashed and confined to their property.

“Increasing complaints have resulted in the creation of a task force to tackle issues related to stray animals,” according to the release. “Such issues like attacks by packs of dogs pose a great threat to the community and the department has placed the issue as a top priority.”

Any animal found straying in public or trespassing on private property can be captured and impounded, per the Pounds and Livestock Brands Act, 2004.

The Dogs (Prevention of Injury to Persons, Livestock and Poultry) Act 2001 also already limits the hours dogs can be on beaches, where they must be leashed, from 6 to 8 a.m. and 5 to 7 p.m.

The department’s Dog Licence Registration Form specifies that penalties for not exercising “proper control” of a pet include a maximum $250 fine, six months imprisonment of the owner, and the possible euthanasia of the animal. Dog owners are liable for damages to any person or livestock the dog commits.

The bill has yet to come for a first reading in the House of Assembly.