Knowing the basics of how to break out of a wrist grab or other attack can make a big difference in a sudden altercation, and the Tortola Judo Club taught …

END_OF_DOCUMENT_TOKEN_TO_BE_REPLACED 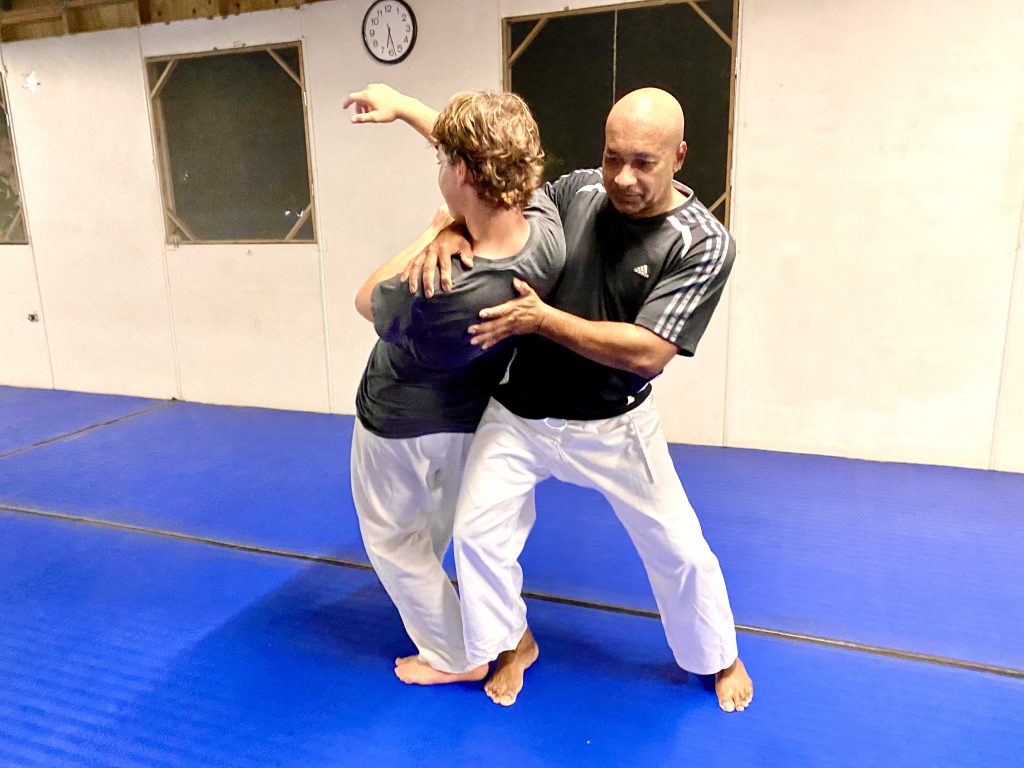 Anthony Lynton and Josiah Morris demonstrate how to take down an attacker during a self-defence class on Oct. 31 at the Tortola Judo Club. (Photo: DANA KAMPA)

Knowing the basics of how to break out of a wrist grab or other attack can make a big difference in a sudden altercation, and the Tortola Judo Club taught community members such skills in honour of Domestic Violence Awareness Month in October. 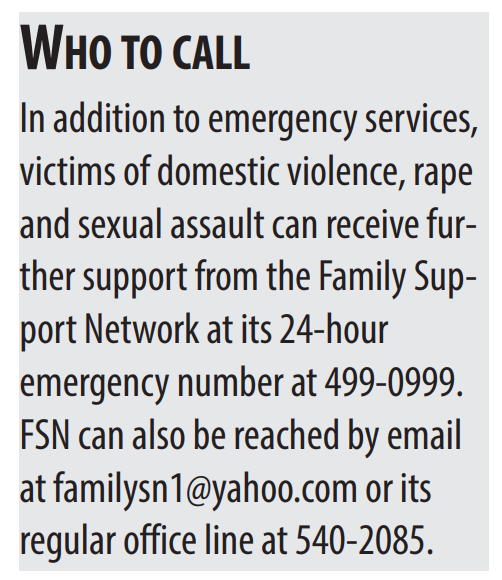 The month has been observed since 1987 as a way for individuals and organisations to connect, and this year it was themed “Every 1 Knows 1, so Help 1.”

According to the Office of Gender Affairs, the month was also “a time to mourn those who have been lost to abuse, celebrate survivors and network for change.”

Gender Affairs Coordinator Tara-Sue Morgan reminded the public that domestic violence can include physical abuse, but also emotional, psychological, sexual and financial abuse, and she encouraged community members to look out for one another.

“We have to change the mindset and attitude of persons to ensure that we wipe out the scourge of domestic violence,” Ms. Morgan said in a press release issued last month. “The one you save can be the person you see in the mirror.”

He and his team taught attendees the key components of self-defence, focusing on ways to leverage the body despite any size differences between a victim and attacker.

To break out of a wrist hold, he instructed attendees to turn their thumb toward their body and pull hard, which requires minimal strength to break free.

Instructors also focused on how to escape from a neck grab, how to send an attacker to the ground with a simple behind-the-knee kick, and more.

Mr. Hooper said he was glad to offer his support as part of the studio’s non-profit efforts. He added that women in groups of six to about 20 can contact the studio for a free six-week course to gain a deeper understanding of self-defence practices. More information is available at the studio’s Facebook page.

An awareness walk/run also took place on Oct. 15, and government employees learned about the issues from a virtual sensitisation session.

“I am concerned that domestic violence cases are reportedly up, but I am happy that persons are breaking the silence and reporting these cases,” Dr. Wheatley said. “I call on all persons to resolve differences peacefully and responsibly.”