In gauging what did and didn’t go in to the hotly anticipated draft Economic Substance Code released last week by the International Tax Authority, some insiders say one need only …

END_OF_DOCUMENT_TOKEN_TO_BE_REPLACED 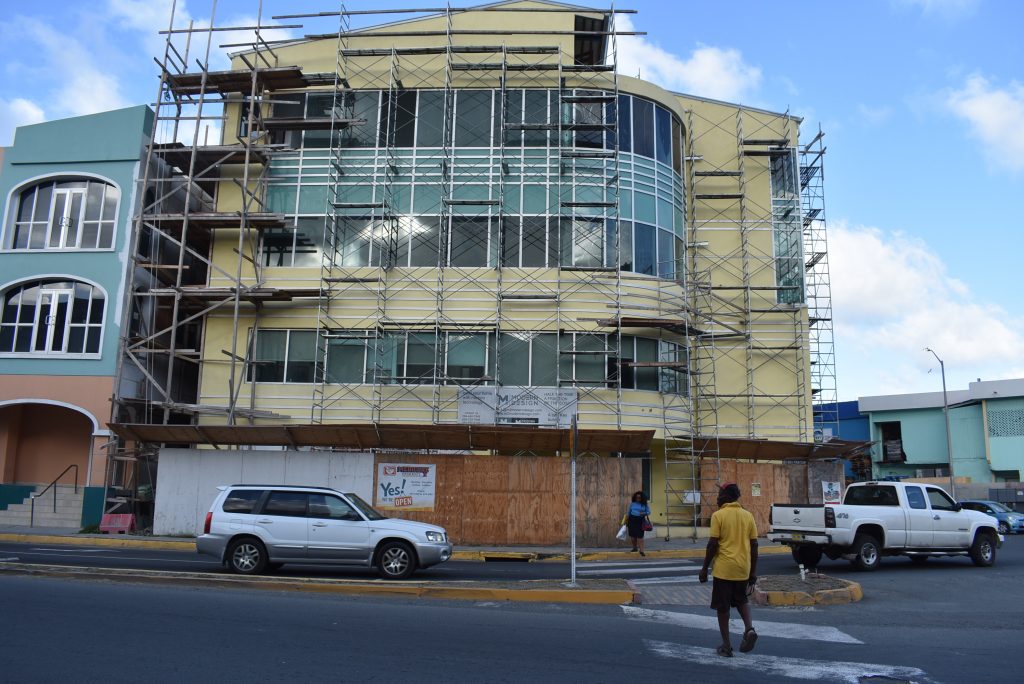 In gauging what did and didn’t go in to the hotly anticipated draft Economic Substance Code released last week by the International Tax Authority, some insiders say one need only look to what befell another British overseas terri- tory that didn’t follow the European Union’s guidelines requiring resident companies to demonstrate “economic substance.”

“Bermuda’s experience shows how narrow the margins which we were all dealing with were,” said Peter Tarn, a partner at Harneys. “The EU thought they were playing games and blacklisted them despite how close they were.”

Alongside the Virgin Islands and other countries and territories, Bermuda rushed legislation late last year in order to avoid being included on the EU’s list of “non-cooperative”tax jurisdictions. The VI’s legislation was deemed acceptable; Bermuda’s was not, and now the British overseas territory is scrambling to revise its legislation and get off the list.

But though the VI is safe for now, the territory faces a new flurry of activity as it begins to implement the legislation. Financial services professionals have been anxiously awaiting the draft code, which the government promised last year in order to help make sense of the law.

The draft is now being presented to industry professionals in a series of sessions in the VI, Lon- don and Hong Kong, though Mr. Tarn said he doesn’t expect it to change much based on those meetings.

“To tear something up because the industry doesn’t like it is fanciful,” he said. “There was some useful feedback that will make it into the code, but it’s kind of detail stuff.”

The legislation, which took effect Jan. 1, requires VI-domiciled entities engaged in one of nine types of activities — and that are “tax resident” in the VI — to show “adequate substance.”

Companies would also have to demonstrate that they have “an adequate number of suitably qualified employees in relation to that activity who are physically present” in the VI; demonstrate “adequate expenditure” in the VI; and show evidence of “appropriate” physical offices for their economic activity. Companies that fail to satisfy such requirements can incur fines and eventually be stricken off the Corporate Register.

Given the high stakes, those hoping the draft code would spell out specifically what qualifies as “adequate” were disappointed, Mr. Tarn explained.

“People’s expectations were slightly unrealistic in that they were hoping for a degree of certainty,”he said — for instance, defining “adequate premises” as a four-foot-by-eight-foot office. “That was never going to happen.”

Eventually, he added, definitions will fall back on “an ordinary English interpretation on those sorts of words” and the industry will have to “figure out as they go.” He explained that like other common law developments, in “four or five years’ time it will be reasonably apparent what ‘adequate’ means.”

The biggest question mark for the VI after the legislation, however, was how the regulations would affect holding companies, which represent the vast majority of the territory’s some 400,000 active entities.

Industry professionals saw a potential reprieve because under the law, holding companies just have to demonstrate that they have “adequate employees and premises” for holding or managing equitable interests or shares.

The draft code went a step further to acknowledge that holding, as an activity, is “entirely passive in nature”and that these requirements might be met merely by the VI registered agent and the existing registered office.

“There’s useful stuff around some of the concepts of holding companies, and the way in which that works is very important for the jurisdiction as a whole,” Mr. Tarn said.“The structure of [the code],I think, is really helpful.”

The draft code also helps clarify what makes an entity “tax resi d e n t ” i n t h e V I , M r. Ta r n e x p l a i n e d . This information is significant in part because the legislation only places “substance” requirements on VI-incorporated companies and partnerships that are not “tax resident” in other jurisdictions.

While different countries evaluate tax residency in a wide variety of ways, companies are often considered resident in jurisdictions where they are managed and controlled.

A VI-incorporated company, for example, may be considered tax resident in Japan if it is headquartered in Tokyo. Such a company would not be subject to the terri- tory’s new substance requirements.

“Again, as practitioners we would like to see the evidence requirement as lighter,” he said. “It can be a long time before you have an assessment tax in a given country. Eighteen months wouldn’t be particularly unusual.”

However, he emphasised, the requirement may not affect as many companies as one would think.

“Nobody really knows how many companies are tax resident outside of the VI,” he said. “And not every company engages in rel- evant activity.”

That said, companies are work- ing feverishly to determine whether they’re affected by the requirements and how to meet them. One of Mr. Tarn’s tasks at his firm is to direct this process, and though the code doesn’t do his job for him, he said it “makes the job easier.”

“There’s a vast number of companies to classify, and I’ve only been working since December on the tools to do that automatically, which we will take to market as soon as the code is actually finalised,” he said.

The economic substance rules (other than for holding business) include a requirement that the relevant activity be “directed and managed” in the VI, requiring an “adequate number of board meetings” to be held in the territory. For those meetings to count, they must be attended by “a quorum of directors physically present.”

Although some industry insiders have speculated that this rule might lead to a boom in business travel to the VI, Mr. Tarn sees the requirement as outdated given the ubiquity of videoconferencing and other technology.

“The idea that you’re going to be sitting around a table to have a board meeting is going to be so out of date,” he explained. “It’s as doomed as the diesel car. It’s not going to be around in a decade.”

However, that doesn’t mean that in some cases there won’t be a rise in demand for office space and an uptick in economic activity. Last month, BVI Finance announced the launch of a “concierge” service

designed to smooth the arrival into the territory for businesses seeking to hold meetings or set up offices.

However, given the limitations of the territory’s size, population and infrastructure, industry stake- holders have noted that the physical substance mandates may discourage many types of businesses from incorporating new VI entities or renewing existing ones. “There are massive bits of the

BVI’s business that will survive and there are swathes that will die,” Mr. Tarn acknowledged. “Through 2020, numbers [of incorporations] will decrease, but others will generate good jobs and good revenue.”