As work proceeds on the East End/Long Look Sewerage Project, the government is now “benching and sealing” manholes that were installed in 2016 before patching up potholes that formed around …

END_OF_DOCUMENT_TOKEN_TO_BE_REPLACED 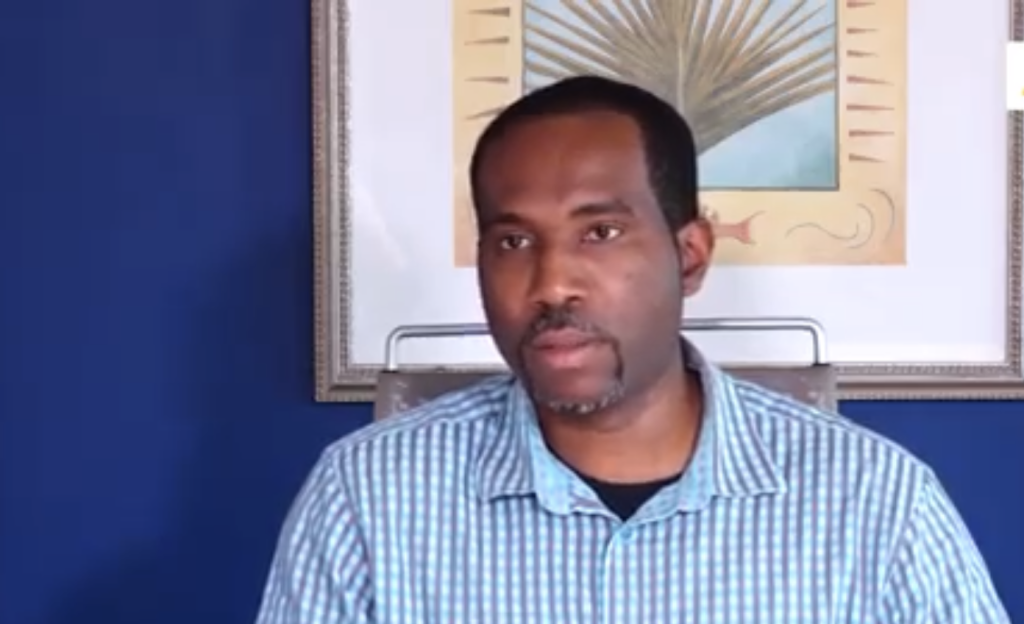 Duane Fraites, acting chief of infrastructural planning, research and development in the Ministry of Communications and Works, gave updates about the East End/Long Look sewerage project on Friday. (Photo: SCREENSHOT)

As work proceeds on the East End/Long Look Sewerage Project, the government is now “benching and sealing” manholes that were installed in 2016 before patching up potholes that formed around them, according to Duane Fraites, the acting chief of infrastructural planning, research and development in the Ministry of Communication and Works.

“At the time they were installed, they were not sealed on the inside. So we’re sealing them. We have the material already on site,” Mr. Fraites said while giving a brief update during a television appearance with Government Information Services.

At least ten manholes will be sealed in the area, after which government will install lateral sewage lines coming from each one, he added.

“We’ll have four- and six-inch pipes, so that in the future when the time comes for connection of businesses and residents along the pathway or along the roadway, we can easily have access,” Mr. Fraites added. “Then we can say,‘Okay, we finished with this entire stretch: Now we can do a proper road surface.’”

Works on the manholes will last for another three to four weeks, according to Mr. Fraites. At least half of the road will be closed during that time, he said.

“We’ve started some work in that area down to Long Swamp,” he added.

The East End/Long Look Sewerage Project, which has stopped and started in various forms for decades, is designed to give the village its first public sewer system by connecting it to a treatment plant in Paraquita Bay that was built about five years ago but has never been used.

Plans for a national sewage system date back at least to 1974, but a series of delays over the subsequent decades cost taxpayers tens of millions of dollars due to scrapped plans and subpar work that had to be restarted numerous times.

In 2010, the Virgin Islands Party-led government awarded a no-bid contract to the United Kingdom-based company Biwater, which resulted in Biwater’s completion of a water plant and two sewerage treatment plants: one at Burt Point and one in Paraquita Bay.

The Burt Point facility started processing sewage in late 2015. However, the Paraquita Bay plant, which was completed around the same time, has never been used because government has not yet laid the pipes to connect it to East End, mainly due to a lack of funding.

At least twice, the government transferred money away from the EE/LL project to another purpose: first to the new Dr. Orlando Smith Hospital and then to the Cyril B. Romney Tortola Pier Park project.

The then-National Democratic Party government restarted work once again in 2017, but damage from Hurricane Irma dashed hopes for its completion.

The previous VIP-led administration vowed in October 2020 to restart works, with then-Premier Andrew Fahie pledging to award at least 40 petty contracts — each worth less than $100,000 — as part of $6,142,500 allocated to complete the work.

Last August, the first pipes were laid from the main pump in Paraquita Bay to Fat Hogs Bay, then-Transportation, Works and Utilities Minister Kye Rymer said at the time.

Then in February, more contracts were awarded to start a “four-phase” project that began with the installation of 1,400 metres of lines and manholes from Parham Town to Long Swamp, Mr. Rymer said.

On Friday, Mr. Fraites said that the project will continue to be carried out in phases, with the current phase focusing on the area between Fat Hogs Bay and Long Swamp. He didn’t specify whether the phase is a continuation of the “four-phase” project announced by Mr. Rymer in February, or how much of the $6.2 million in petty contracts had been spent.

Mr. Fraites explained that the manholes will be sealed, and then excavation works will take place around existing manholes before the pothole-filled roads are patched up.

“Typically, the manholes are probably about four to six inches below the existing grade of the road surface, so obviously that would naturally create a pothole-type situation where the motoring public would have to weave around these manholes. The continuing degradation of the road is also a challenge in that particular area as well,” he said. “We have not started actual excavation to put in the lateral lines, so there will be more traffic nuisances.”

Mr. Fraites added that the construction of a pump station in Long Swamp has already been put to tender. The pump station would sit across from the East End Police Station, where the next phase of sewerage works will take place, he explained.