Turn right at the yellow house, drive up a steep hill, bear left after the cow field, and turn right immediately past the second mango tree. Most anyone who has …

END_OF_DOCUMENT_TOKEN_TO_BE_REPLACED 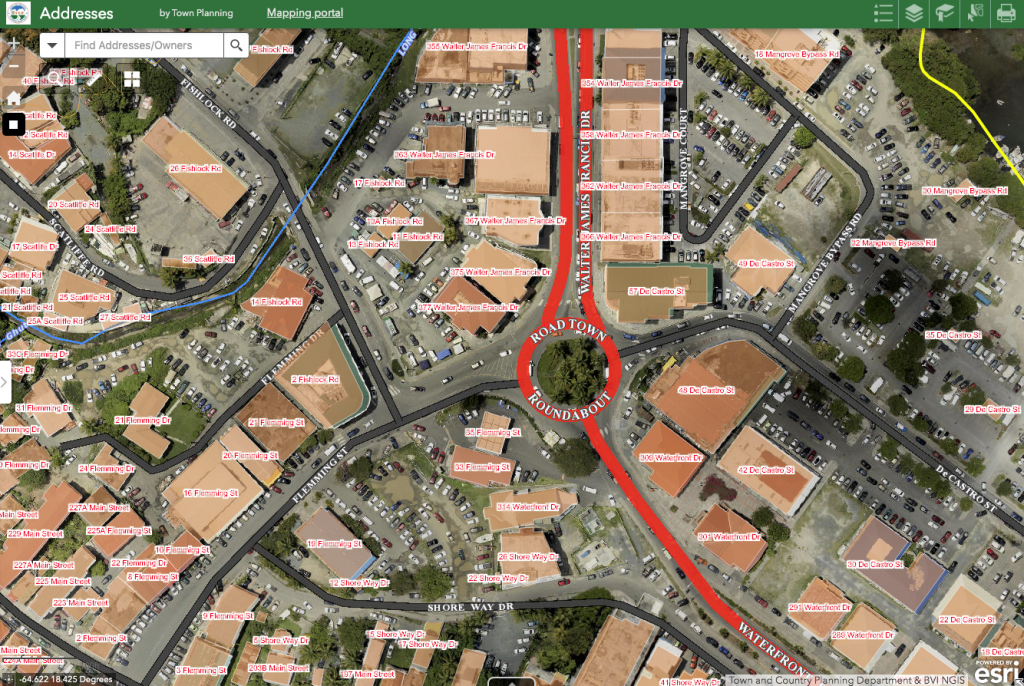 Turn right at the yellow house, drive up a steep hill, bear left after the cow field, and turn right immediately past the second mango tree.

Most anyone who has lived in the Virgin Islands is familiar with using such directions to navigate the territory’s confusing terrain.

But this impractical method may be unnecessary by the end of next year.

This month, the Town and Country Planning Department quietly launched the long-awaited National Addressing System. As the first phase, buildings in the greater Road Town area now have numbered addresses which can be viewed online, and the TCPD is promising that the rest of Tortola and the sister islands will be added by the end of next year.

The new system, which has been promised for more than 30 years, is a major milestone.

Numbered addresses are badly needed for many reasons. Safety is at the top of the list. If first responders can’t find a house quickly, lives could be at stake. In fact, Virgin Islands residents have died while awaiting an ambulance, and other emergencies doubtlessly have been exacerbated when firefighters and police officers have been delayed by incomprehensible directions.

The new system should quickly resolve such issues by making all buildings easily identifiable by number on an electronic map.

Another benefit, of course, is convenience: Residents and tourists alike will be able to find their way around more easily, and the system should also facilitate door-to-door delivery of mail and other services. We hope that businesses and government agencies including the BVI Post will prepare accordingly.

So far, the first phase of the new system, which uses satellite technology, seems to be working well.

However, there is at least one problem, which is largely the House of Assembly’s fault. Last year, legislators passed a law naming streets in the greater Road Town area as a preliminary step toward launching the addressing system.

Unfortunately, they got many names wrong in spite of this newspaper’s repeated warnings. Misspellings that are now codified in the new system include “Tamerind Tree Road,” Fort Charolette Road” and “Abbot Road.” Meanwhile, the road named after former Public Works Department employee James Walter Francis is now officially christened the “Walter James Francis Drive.” Nor did legislators take our advice to rename the “Sir Francis Drake Highway” after a local hero rather than a British explorer who also happened to be a slave trader.

The HOA should revisit these names and change them straightaway. And as legislators name other streets in the territory, they should be more careful. In cases where names are disputed or non-existent, public consultations should be held, and any disagreements should be handled through a transparent process that is both fair and efficient.

Kudos to everyone involved in the progress thus far. We hope the next phases will be a similar success, and that the entire territory will have addresses by the end of 2020 as promised.