Opinions and Commentary > EDITORIAL: A dozen better uses for $120,000

We are appalled that the House of Assembly is considering putting taxpayers on the hook for $120,000 in legal fees racked up by HOA Speaker Julian Willock when he acted …

END_OF_DOCUMENT_TOKEN_TO_BE_REPLACED 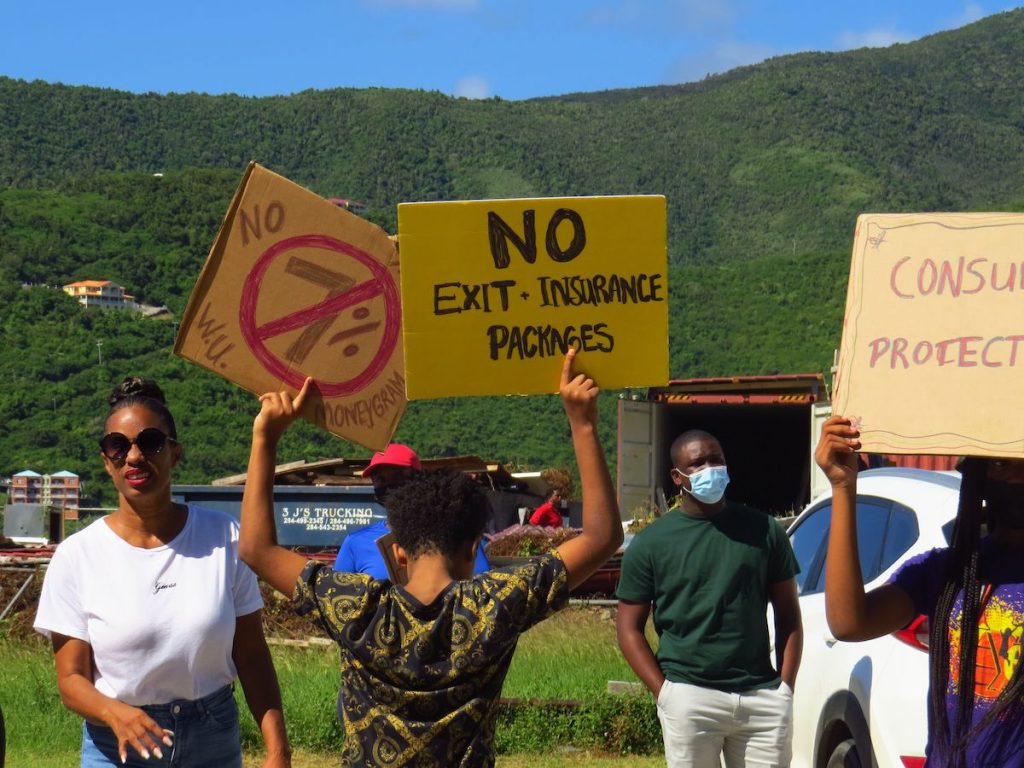 We are appalled that the House of Assembly is considering putting taxpayers on the hook for $120,000 in legal fees racked up by HOA Speaker Julian Willock when he acted without the support of the attorney general and sought an injunction to stop three lawyers from participating in the Commission of Inquiry.

Kudos to the residents who showed up at the HOA last week to protest the move, and kudos to the two opposition members and one government legislator who have refused to support it.

Since other government leaders don’t seem to appreciate the value of taxpayers’ money, we would like to suggest a few better uses for $120,000.

A dozen ideas are below, but we can provide many more if needed.

• Government recently agreed to pay teachers $300 each to help with costs associated with remote learning. This sum was insulting, but $120,000 would double it for 400 teachers. The resulting $600 would still be far short of what they deserve, but it would be an improvement.

• If the funds were put into another round of the pandemic unemployment programme, 120 struggling residents could each receive $1,000. Or 240 could receive $500.

• Road Town has not had a public library since 2016. The $120,000 should be enough to fund an interim solution, such as a small temporary facility or a resumption of the bookmobile programme.

• The money could be awarded to the Virgin Islands Studies Institute at H. Lavity Stoutt Community College to administer a writer’s conference.

• Alternatively, it could back a programme that funds a $10,000 print-run for a dozen local writers who complete books about VI history and culture.

• Schools across the territory are struggling with mould and other issues. The $120,000 wouldn’t solve all their problems, but it could surely foot the bill for the needed cleaning at a few campuses.

• The Family Support Network has stepped up to the plate during the Covid-19 pandemic, assisting residents left behind by the government’s badly administered stimulus packages. FSN would put $120,000 to good use, stocking its beleaguered food bank and otherwise assisting where needed.

• Many elderly citizens — including residents of the territory’s senior homes — have suffered greatly during the pandemic. The $120,000 could be used to provide for their well-being, perhaps by taking them on local beach trips or by funding programmes at senior centres.

• For months, the Association of Reef Keepers has been applying antibiotics to reefs infected with the deadly Stony Coral Tissue Loss Disease. But the process is expensive. Additional funding of $120,000 would allow the organisation to cover much more ground in this extremely important work.

• More than four years after Hurricane Irma, the Road Town fire station still needs more repairs to its compound. The $120,000 probably wouldn’t complete them, but it could be a big help.

• The funds could also provide a two-to-four-year full scholarship for a deserving VI student wishing to study abroad. Or it could provide a $10,000 grant for each of a dozen students who just need some extra support.

• The government disbanded the Climate Change Trust Fund board shortly after coming to office in 2019. Reappointing the unpaid board members and seeding the fund with $120,000 could allow them to resume the invaluable work they were doing at no cost to taxpayers under the previous government.

These examples are just a few of the ways in which $120,000 could be well spent. Others are too numerous to count.

But paying the speaker’s legal fees is not among them — especially given that his crusade did not have the backing of the government or the attorney general.

We saw no good reason for Mr. Willock’s injunction request, even if the COI attorneys did err by not applying to the VI bar sooner as he claimed.

If he had succeeded, he would not have stopped the COI. At most, he would have delayed it, thereby extending a process that needs to be completed as quickly as possible.

If he had continued and lost, he would have run up even more legal bills.
And in any case, he simply withdrew the matter after racking up $120,000 in apparently pointless costs.

Premier Andrew Fahie — who introduced the HOA motion to consider paying those costs — has argued that Mr. Willock acted on the people’s behalf.

But which people? We have heard precious few residents support the injunction request. And many were appalled by it.

Moreover, this is not the first time Mr. Willock has run up fees in an ill-advised legal battle. Shortly after the 2019 election, he was sued after refusing to allow Fourth District Representative Mark Vanterpool to be sworn in.

He lost. And so did taxpayers when the bill came in. Then he appealed, likely running up even more legal bills before dropping the matter altogether.
The HOA must not continue to support such costly behaviour. Money is exceedingly tight right now, and there are many good ways to spend it.