On March 23 Virgin Islands News Online published a bizarrely vicious attack against The BVI Beacon and our reporter Genevieve Glatsky, making outlandish false claims under the guise of an …

END_OF_DOCUMENT_TOKEN_TO_BE_REPLACED 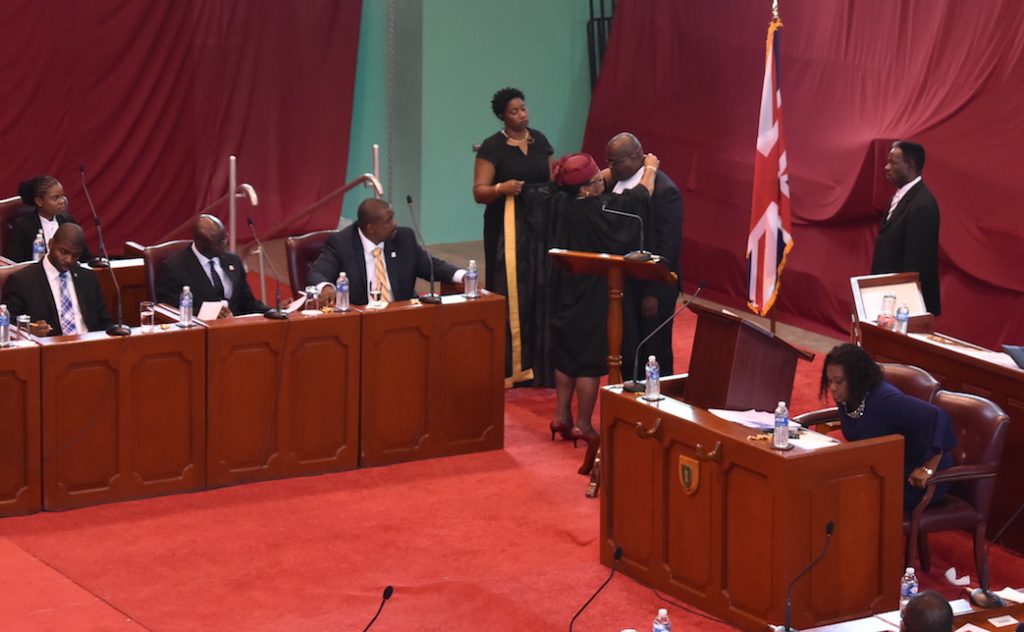 On March 23 Virgin Islands News Online published a bizarrely vicious attack against The BVI Beacon and our reporter Genevieve Glatsky, making outlandish false claims under the guise of an unbylined news article.

We stand by Ms. Glatsky and our journalism, and we assure the public that bullying will not deter this newspaper from fearlessly reporting the news as it has done since it was founded in 1984.

We also call on VINO owner Julian Willock, who is now the speaker of the House of Assembly, to start operating his website transparently in accordance with accepted journalistic standards.

As a first step, he should disclose who is in charge of its content.

Mr. Willock has often insisted that he exerts no editorial control in spite of years of allegations to the contrary, and he repeated that claim in social media interviews after he was elected speaker on March 12.

Who, then, is running the site? VINO currently lists no names besides Mr. Willock’s on its staff page, and this month he declined to identify the site’s editor and reporters — or the person he said chairs VINO parent company Advance Marketing & Professional Services.

Because of his silence, the public is left to wonder who wrote the numerous unbylined articles on VINO, which for years has used race baiting and other irresponsible tactics to attack certain community members while routinely describing Mr. Willock with flattering adjectives such as “esteemed,” “respected” and “prominent.”

The March 23 attack — which criticised a March 21 Beacon article recounting our efforts to learn who is running the site — implied that our coverage of VINO is not legitimate journalism. Nothing could be further from the truth.

It is journalists’ job to hold the media accountable just as they hold public officials, business leaders and other powerful figures accountable. For this reason, respected media organisations around the world — such as The Washington Post, The New York Times, The Wall Street Journal and The Economist, to name a few — routinely report on other media outlets. We believe the Beacon should do the same, and that is why we have covered VINO since it was founded in 2010.

Moreover, the site’s lack of transparency is clearly a matter of public concern. Basic journalism ethics dictate that media outlets should identify their writers, editors, publishers and owners. This practice helps the public hold their leadership accountable for the power that they wield.

The Code of Ethics for the United States Society of Professional Journalists exhorts the media to be “accountable and transparent.” It adds, “Ethical journalism means taking responsibility for one’s work and explaining one’s decisions to the public.”

VINO is falling short in this regard.

For such reasons, our article of March 21 would have been an important piece of public-interest journalism even if Mr. Willock were not speaker of the House. Now that he holds such a powerful position, new questions arise.

For example, what role does the new speaker play in VINO, given that he currently is the only person publicly associated with it? Will his involvement — whatever form it may take — interfere with his ability to be an effective and impartial speaker? Will VINO continue to launch vicious attacks against community members, and if so who will take responsibility for them?

The public deserves honest answers to all of these questions.

The new government, which selected Mr. Willock for the speaker position, came to power promising transparency. Now its members should insist that he meet that standard.

For the Beacon’s part, we take this opportunity to publicly commit to following the SPJ Code of Ethics. If we fall short, we encourage readers to publicly call us out.

We also challenge VINO and other media outlets in the territory to undertake a similar commitment. It is time to shine a bright light on journalism in the Virgin Islands. It is also time to stand up to bullying in all its forms.

This editorial originally appeared in the March 28, 2019 print edition.