Three years after Hurricane Irma, successive governments’ failure to secure the needed level of recovery funding — which now could be doing much more to help the stalled economy through …

END_OF_DOCUMENT_TOKEN_TO_BE_REPLACED 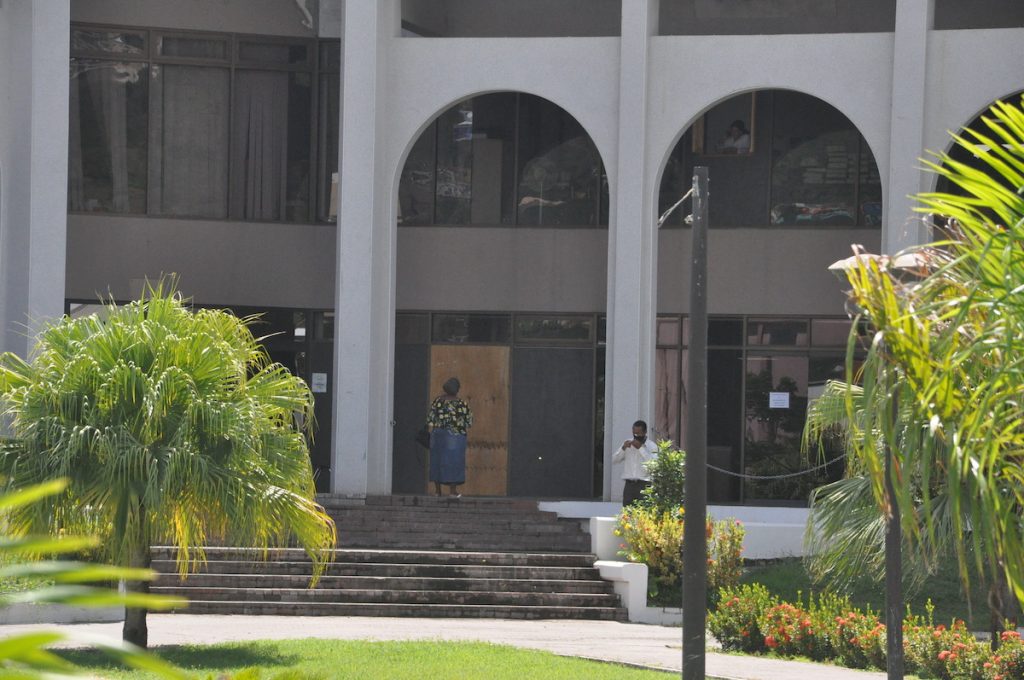 Like other properties rebuilt after Irma, Lambert Beach Resort reopened in the past year only to be forced to close again. (Photo: CLAIRE SHEFCHIK)

Three years after Hurricane Irma, successive governments’ failure to secure the needed level of recovery funding — which now could be doing much more to help the stalled economy through the Covid-19 crisis — is sorely disappointing.

The ramifications are widespread: The territory has no functioning public libraries; high schoolers will have to return to class in temporary facilities; community centres have gone unrepaired, leaving some residents without a nearby hurricane shelter; housing aid efforts have stalled before all needy applicants were assisted; derelict boats still litter territorial waters; and work has not begun on major recovery projects like the National Emergency Operations Centre, the West End ferry terminal, schools and others. The list goes on.

This is not to say that the territory’s overall recovery has not made huge strides. It has. But following an initial burst of government activity in the weeks after Irma, the great majority of that progress has been led by the private sector.

Financial services, which bring in some 60 percent of government’s revenue, continued to operate through Irma virtually without interruption. Tourism rebounded next — starting with the yachting sector and then expanding to cruise ships and overnight visitors — followed by a construction boom as insurance payments began to materialise.

In fact, by the start of this year, the private sector was humming again, with tourist arrivals approaching pre-Irma levels.

Then Covid-19 hit. The pandemic brought tourism to a screeching halt and devastated much of the rest of the economy as well. As a result, thousands of workers have been laid off, and many residents have been struggling to make ends meet on a day-to-day basis.

If several major public-sector recovery projects had been under way when the pandemic hit — as planned by the government’s own strategy — the economy would have had a badly needed lifeline during this health crisis.

But few such projects were under way. While the private sector’s recovery had been booming over the previous two years, the government’s had largely stagnated.

The Recovery and Development Agency — which was established in April 2018 with now-Premier Andrew Fahie’s support to spearhead the bulk of the recovery projects — has reported spending only about $4.1 million on 11 completed projects and $10.8 million on contracts for 16 others in the works.

Given that the cost of the public-sector recovery has been estimated at $721 million, that record is a poor showing indeed three years after Irma, and central government has not picked up the slack.

A lack of money appears to be the problem. The main funding source for the RDA’s recovery projects was to be a £300 million loan guarantee from the UK, which was approved by the House of Assembly in March 2018 — again with Mr. Fahie’s support. But that guarantee has not materialised, and neither this government nor its predecessor has put forward any substantive alternative.

So far, in fact, leaders’ statements suggest that the government to date may have accessed less than $100 million for the recovery from loans, grants, insurance payouts and donations.

The biggest source by far has been the $65.5 million Caribbean Development Bank recovery loan that the HOA approved in December 2017, but the process of accessing that money has proved so cumbersome that much of it still is not in hand.

Nevertheless, a recently accessed tranche from the loan shows what it can do: Under contracts signed since the start of the pandemic, it is now powering several projects worth around $10 million, including needed repairs to government buildings on Virgin Gorda and waterworks on Tortola. And officials are promising tens of millions in more projects soon.

This is great news. But it is also a drop in the bucket of the hundreds of millions needed to build back stronger. And without a major infusion, the government presumably will have to fund the recovery out of its annual budget, which could mean the needed projects will take decades — especially now that a pandemic is upon us.

It is unclear if more funding will come. Instead of securing it, the premier has spent his energy attacking the conditions the UK has attached to the loan guarantee, which generally seem to us like unsurprising measures designed to ensure the accountability and value for public money that have been lacking under successive administrations here for decades.

And for all the premier’s bluster — which last year included disingenuous attacks on the RDA that were followed by the resignation of its CEO — his government so far has not inspired confidence that it will effectively handle major recovery projects on its own.  Consider the Ralph T. O’Neal Administration Complex: Government received a $11.4 million insurance pay-out for the facility in April 2018, but officials only recently announced the start of major works on the building. Meanwhile, hundreds of public officers are being housed in alternate facilities at taxpayer expense.

As soon as possible, then, government should expedite the UK loan guarantee or find a suitable alternative funding source to enable the RDA to carry out the badly needed projects outlined in the Recovery to Development Plan.

After Irma, leaders promised to build back stronger. But so far, the public sector mostly has fallen far short of that goal, and the Covid-19 crisis has shone a glaring spotlight on this failure. To add insult to injury, many of the same private-sector stakeholders whose work helped propel the hurricane recovery — the BVI Chamber of Commerce and Hotel Association among them — now complain that the government is ignoring them as it responds to the pandemic.

Three years is far too long for the government be spinning its wheels on the recovery effort. But it is not too late to source the needed funding and get it right.

At a time when the cost of borrowing is at a record low and is projected to remain so for years to come, imagine the savings on interest payments and what could be done with them.