The biggest trash fire in the territory’s history, which continues to burn at Coxheath, likely could have been avoided. It is certainly true that the mountains of garbage accumulating since …

END_OF_DOCUMENT_TOKEN_TO_BE_REPLACED 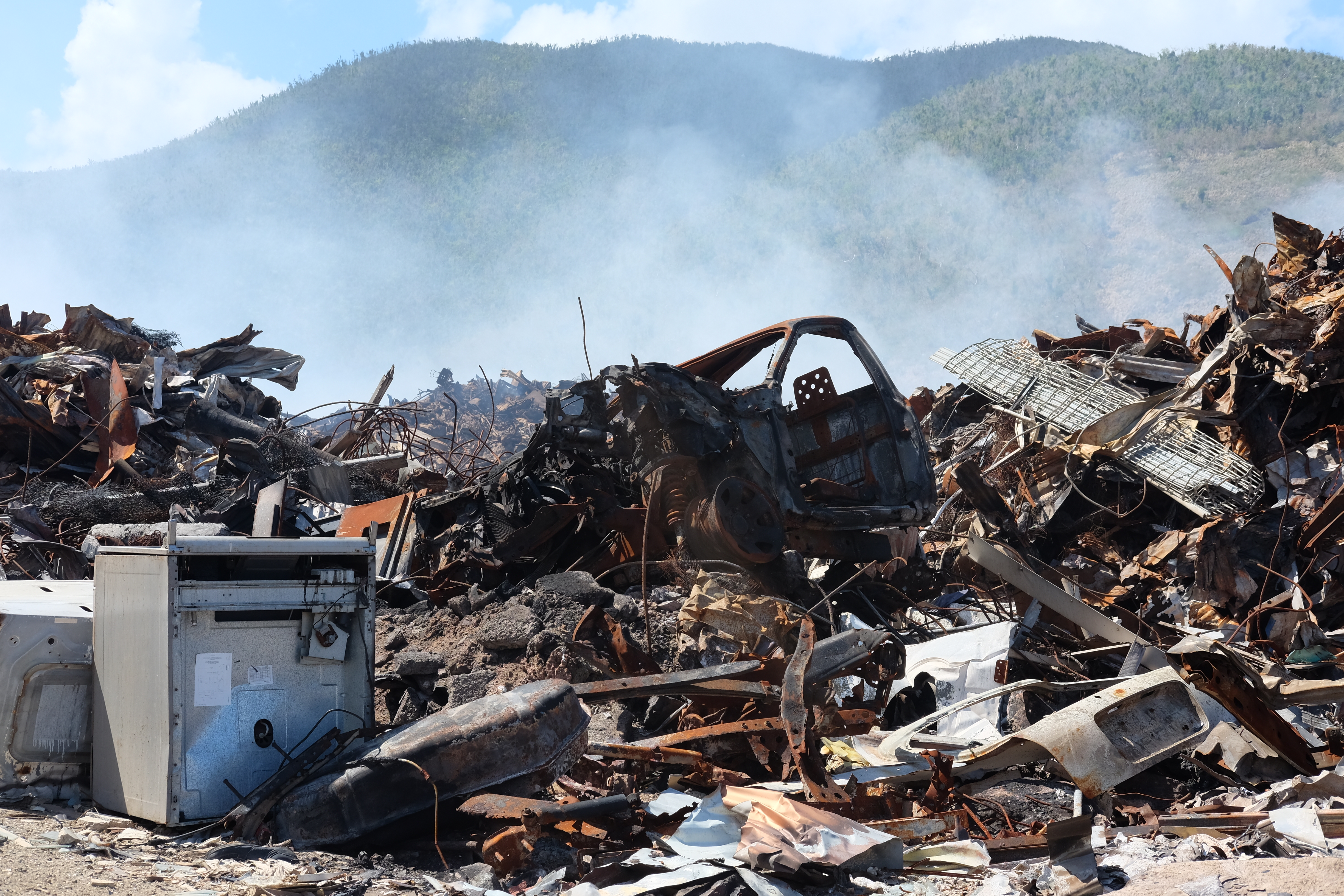 The biggest trash fire in the territory’s history, which continues to burn at Coxheath, likely could have been avoided.

It is certainly true that the mountains of garbage accumulating since Hurricane Irma are a complex and difficult problem. But government mishandled the situation from the start, selecting a waste-removal company without sufficient due-diligence and neglecting to implement measures that could have helped prevent a fire as trash piled up so rapidly that the Coxheath site became more like a landfill than the temporary staging site that originally was envisioned.

Now, the blaze continues to smoulder two weeks after it started, and toxic smoke is endangering the health of thousands of residents.

One questionable decision came last year, when officials in the Ministry of Health and Social Development bypassed a tender process and a due-diligence check and chose an unregistered firm called Kausina VI to sort trash and remove recyclables from the territory.

Some six months later, that firm has removed nothing.

We’re not sure exactly what went wrong, but if government had conducted a basic background check on Kausina, it would have discovered red flags.

The firm’s holding company and CEO, for example, recently were ordered by a United States court to pay some $500,000 to a disgruntled investor. Kausina was struck off the territory’s list of registered companies in May 2017, and officials told this newspaper that it also lacks a trade licence.

Although the website for Kausina’s holding company suggests that firm affiliates have carried out multiple large-scale projects in the Caribbean and Pacific Rim, the CEO has declined to describe any of them, and the Beacon has been unable to verify their existence.

Now, the CEO and operations director have left the territory, and the firm has yet to begin sorting trash at Coxheath in spite of promises to start by early April — which already was an inexplicably late launch date.

Officials including Health and Social Development Minister Ronnie Skelton defended the government’s decision to use the firm — and to forego tendering and due-diligence processes — by saying that Kausina offered to remove the trash at no direct cost to government.

But although the firm apparently received no payment from government, company officials said they were afforded the use of government office space; the use of Department of Waste Management machinery and personnel; and work permit exemptions, among other perks — all of which came at taxpayer expense. The firm, then, would not in fact have been removing the trash for free.

Meanwhile, even as the garbage piles at Coxheath topped 40 feet, government neglected to take certain steps that are often employed to prevent landfill fires.

In part because of a lack of funding and in part because the site originally was intended to be only a temporary staging area, waste managers didn’t liaise with fire officers to evaluate hazards; no system was set up to monitor for flammable gasses; garbage was not compacted to reduce the likelihood of dangerous hot spots; and the site was not secured well enough to prevent intrusions and indiscriminate dumping.

Given the scale of the Coxheath dump, such omissions are glaring even though the site was not intended to be a long-term landfill. In fact, the history of spontaneous combustion in trash piles at nearby Pockwood Pond would suggest that a Coxheath fire was very likely to occur — if not inevitable.

Hurricane season, which starts next week, brings a new concern: If a powerful storm comes this year, the trash could become an arsenal of dangerous projectiles that could wreak havoc across Tortola.

The territory must do better. At Coxheath, this means immediately implementing best-practice measures designed to prevent another fire and to mitigate other potential hazards.

It also means removing the trash quickly in the most cost-effective manner possible. Apparently a plan for post-Irma waste management exists — the National Emergency Operations Centre reportedly created one and handed it over to the HSD Ministry — but it hasn’t been made public, and in any case the Coxheath situation suggests that it is woefully insufficient if it is being followed.

Instead of ad hoc solutions, comprehensive waste-management reform is urgently needed. A good place to start would be the Comprehensive Solid Waste Management Strategy that government published in 2014. The document was fairly well conceived, recommending many reasonable measures including the following:

If outside help is needed and Kausina is unable to uphold its end of the trash-removal bargain — which seems increasingly likely at this point — a proper tender process should be launched for a company that can do better. Whenever possible, local recyclers already operating here should be given first preference.

Finally, all residents should help out by properly disposing of their waste and following directions issued by the DWM.

The post-Irma landscape is a golden opportunity to reform the territory’s outdated waste-management practices from the ground up. Anything less would mean playing with fire.