Opinions and Commentary > EDITORIAL: Direct UK rule should be a very last resort

EDITORIAL: Direct UK rule should be a very last resort

The stakes are high as the United Kingdom-appointed Commission of Inquiry prepares to submit its recommendations to Governor John Rankin next month. Following two similar COIs in the Turks and …

END_OF_DOCUMENT_TOKEN_TO_BE_REPLACED 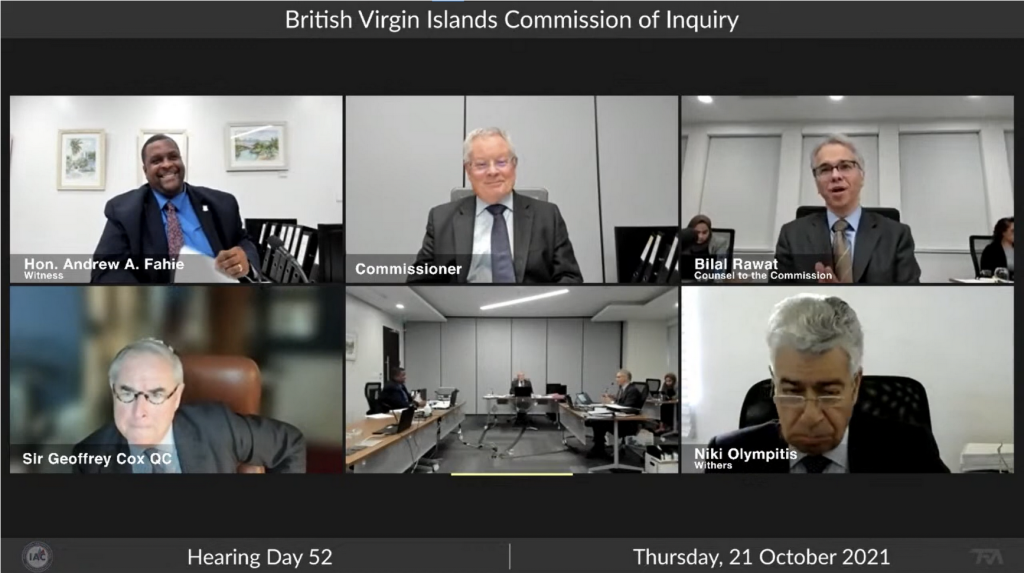 The stakes are high as the United Kingdom-appointed Commission of Inquiry prepares to submit its recommendations to Governor John Rankin next month.

Following two similar COIs in the Turks and Caicos Islands, the UK temporarily implemented direct rule in order to push through various reforms. Many VI residents wonder if the same thing could happen here — a possibility that some residents strongly oppose and others just as strongly support.

For our part, we believe that any direct rule — which involves suspending parts of the territory’s Constitution — should be used only as a last resort in the event of serious high-level corruption that cannot be effectively remedied in any other way.

The first TCI takeover, from 1986 to 1988, followed the conviction of the TCI chief minister in the United States on drug charges. The second, from 2009 to 2012, followed convincing allegations that elected TCI officials personally profited from the sale of Crown land, among other blatant corruption.

In the VI, the public COI hearings held last year did not appear to find evidence of such serious criminality. Rather, they tended to explore systemic governance failings: wastage, poor procurement practices, public project failures, cronyism, contract splitting, lack of transparency, and so on.

These failings are very serious — and they highlight the longstanding need for comprehensive reforms in many areas — but most were already well known to the UK and the public alike thanks to reports from the media and government watchdogs in recent decades.

Therefore, we would be surprised if the UK decided to implement any direct rule here based solely on the COI hearings.

On the other hand, there is an elephant in the room: the territory’s drug trade. The COI was launched shortly after the largest cocaine bust in VI history, and former Governor Gus Jaspert has said without providing evidence that he called the probe in part because of allegations of senior officials’ involvement in cocaine trafficking and other organised crime.

Yet the COI did not investigate the drug trade in depth during its public hearings last year. Instead, drug crimes are being investigated by police outside the public eye: Several major busts in recent months have resulted in the seizure of thousands of kilograms of cocaine and dozens of firearms.

So far, no high-level public officials have been implicated. But if such charges are forthcoming, UK leaders may use them — combined with the COI’s findings — to justify a TCI-style takeover. And if the charges are sufficiently serious and the evidence sufficiently compelling, the UK may indeed be left with few other options.

In other words, if serious corruption has indeed permeated the highest levels of government, a full reset may be needed. Otherwise, such a giant step backward toward colonial rule would be unnecessarily draconian and most unwelcome in the 21st Century.

Instead, the UK should work with VI leaders to consider all possible alternatives for ensuring the implementation of the badly needed governance reforms that the COI will doubtlessly recommend.

If history is any indication, this task won’t be easy. Such reforms have been recommended for decades by government watchdogs, but elected leaders have mostly continued with business as usual.

It is also important to note that passing good-governance legislation is not enough: Given the government’s longstanding willingness to ignore its own rules, a better system is needed to ensure that laws are followed as a matter of standard practice.

To that end, auditors and other watchdogs have made many sound recommendations in recent decades, and we trust that the COI will add more. Such recommendations must be followed without delay.

The UK also has another responsibility coming out of the COI. If the probe didn’t find the serious criminality alleged when it launched, the UK must say as much unequivocally, thus publicly clearing the territory’s name so that the VI government won’t have to function indefinitely under a cloud of suspicion.

In the coming weeks, the UK must also be fully transparent about its intentions and actions, starting by releasing the full COI report to the public as soon as it is presented to the governor.

Combined with the forthcoming constitutional review, the inquiry presents an opportunity for the UK to work closely with the VI to bring about real reform and chart a clear path for a better future.

This opportunity must not be wasted.