For the fifth anniversary of Hurricane Irma, we asked a handful of residents to grade the territory’s recovery on a scale of one to ten. Their scores averaged nearly seven, …

END_OF_DOCUMENT_TOKEN_TO_BE_REPLACED 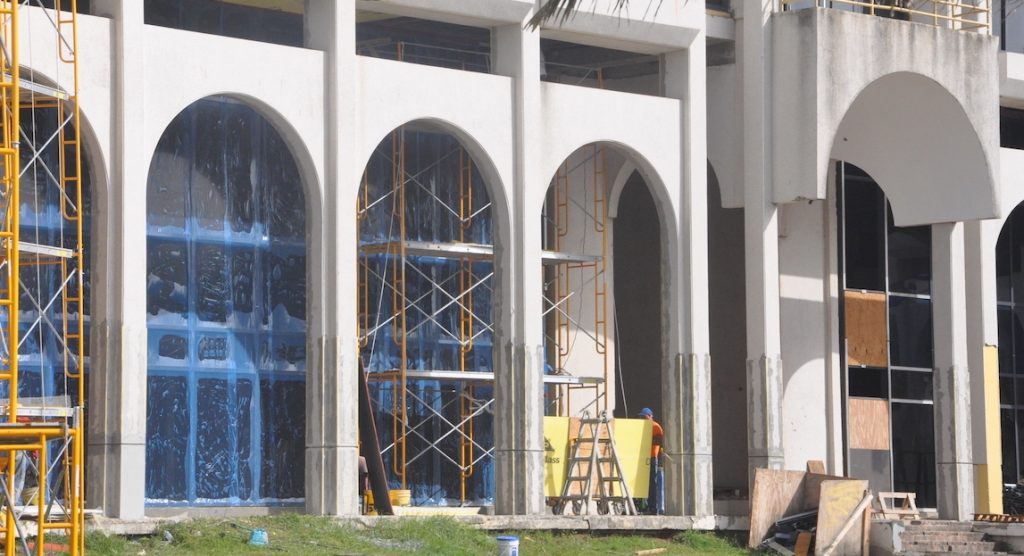 For the fifth anniversary of Hurricane Irma, we asked a handful of residents to grade the territory’s recovery on a scale of one to ten.

Their scores averaged nearly seven, but we’re not so generous: We give the recovery a 5.5.

This low ranking might seem surprising given the phenomenal transformation the territory has undergone since the storm.

But we arrived there by averaging our scores for two very different metrics.

The first is the private-sector recovery, which gets a nine. In Irma’s wake, businesses, non-profit organisations, homeowners, donors and others stepped up to the plate in a big way. Together, they have spearheaded an incredible effort, and largely because of their work the territory has risen like a phoenix from the devastation of Sept. 6, 2017.

The public-sector recovery, however, is another story: After an initial burst of activity that restored basic services, the government has fallen further and further behind.

Accordingly, we give it a two.

This slow pace was not for want of a good plan. To tackle a recovery initially projected to cost more than $700 million, legislators voted in 2018 to access an approximately $400 million loan guarantee from the United Kingdom and to establish the independent Recovery and Development Agency to oversee nearly $600 million worth of major projects over a seven-to-ten-year period.

This was a good strategy. But leaders didn’t follow it. Largely because successive governments never accessed the UK loan guarantee or any comparable source of funding, the RDA had spent little more than $32 million on mostly minor projects as of its most recent monthly report in June.

To understand the implications for the people of the Virgin Islands, one need only consider a list of some of those unfinished projects, many of which have not even started:

• a public library and national archives in Road Town;

• a new trash incinerator on Tortola;

• a trash incinerator on Virgin Gorda;

• a planned Halls of Justice complex to house the territory’s courts;

• restoration of recreational facilities territory-wide, among others.

One need not read this list twice to understand how the government’s stalled recovery has affected the most basic government services.

There is an encouraging exception, however: The new buildings at Elmore Stoutt High School are the RDA’s biggest project to date, with more than $5 million spent on a projected price tag of around $15 million. Once money was made available, work got under way in December and continued very quickly. Though the September completion deadline was missed, officials now say the school could open in October.

This project should have come four years ago, of course, but it nevertheless shows how the RDA can greatly expedite the public-sector recovery once the necessary funding is in place.

Unfortunately, Premier Dr. Natalio “Sowande” Wheatley said recently that the UK loan guarantee is now off the table. This is too bad, especially at a time when the cost of borrowing is rising quickly.

But Dr. Wheatley also said he is in discussions with the UK to seek funding from other sources.

It can’t come soon enough. The RDA is clearly well established and ready to get to work: The agency has done an excellent job so far with the limited funding made available, both in terms of carrying out projects and providing procurement workshops and other training to local contractors.

But without a major cash infusion of at least $100 million, it will languish as the public-sector recovery falls further behind. Everyone will suffer as a result, but the worst of it will fall on the shoulders of vulnerable community members like children, senior citizens, differently abled people, and others.

The private sector has spearheaded phenomenal progress in the recovery effort so far, but it can’t do everything.