Opinions and Commentary > EDITORIAL: High school should be full time by September

EDITORIAL: High school should be full time by September

Repairing the territory’s public high schools should be a top priority in the recovery effort, and until the job is complete government should devise a way for students to comfortably …

END_OF_DOCUMENT_TOKEN_TO_BE_REPLACED 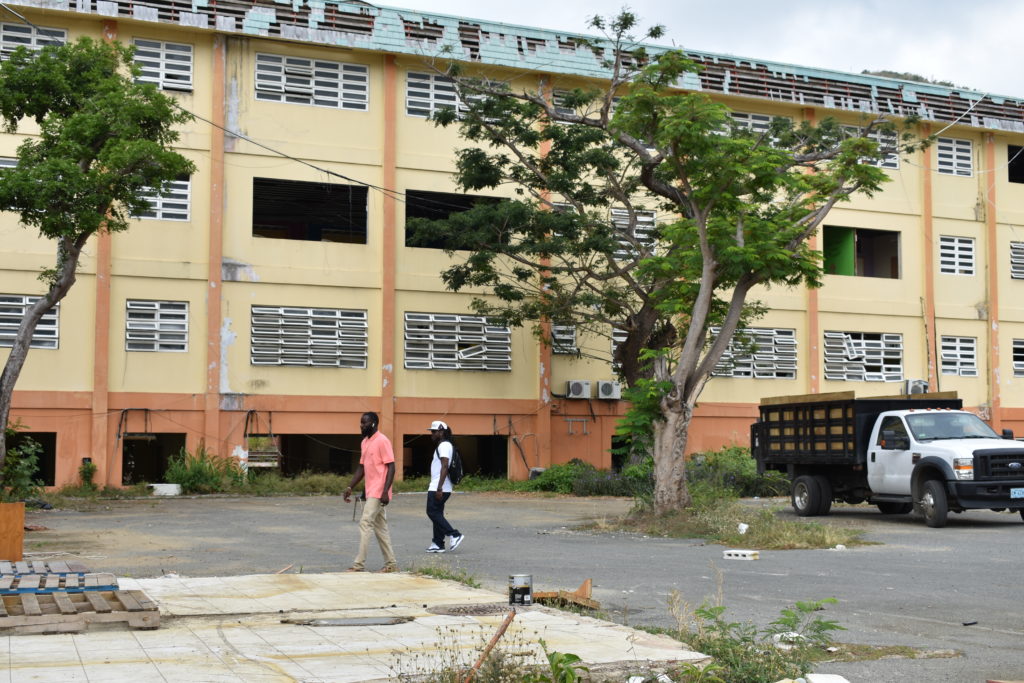 Repairing the territory’s public high schools should be a top priority in the recovery effort, and until the job is complete government should devise a way for students to comfortably attend class full-time from the beginning of next school year.

The current arrangement for Elmore Stoutt High — a modified space at the former Clarence Thomas Limited building in Pasea — was a reasonable response to the emergency of Hurricane Irma, but it is not sustainable and must not continue when school resumes after summer break.

The tribulations faced by ESHS students are not just an inconvenience. They spend only about four hours a day in class, with younger students attending in the morning and older students in the afternoon. Though we are sure that teachers and administrators are doing their best, it is certain that many students have fallen behind significantly in recent months.

Moreover, the temporary school building is cramped and loud, with thin partitions separating classrooms, and questions have arisen about the air quality there. Enrolment is increasing as well, and education officials have said that the temporary facility can’t accommodate any more students.

Given the circumstances, it is disappointing that no major work has commenced at the ESHS campus in Road Town.

Still, we appreciated that Education and Culture Minister Myron Walwyn recently gave a thorough update on that school and others across the territory.

Work at ESHS, he explained, has been delayed in part because of requirements attached to the Caribbean Development Bank loan, such as tendering and other steps designed to ensure that international standards are met. Though any delay at this stage is frustrating, these measures will help ensure a much better rebuild.

Mr. Walwyn also said that the project likely won’t be complete by the start of the school year as planned, but officials hope it will come by the end of 2018.

However, given that delays typically beset government capital projects at the best of times, this projected timeline could easily mean that ESHS won’t be ready until the 2019 school year.

Meanwhile, repairs at Bregado Flax Educational Centre on Virgin Gorda, whose students are facing many of the same issues as their ESHS counterparts, are on a similar timeline.

Moving forward, government needs to establish a plan for ensuring that all high school students will have a place to attend class full time starting in September. We’re not sure what the answer is, but we note that several buildings across the territory have been restored to good condition, and the Ritter House is no longer packed with government offices as it was in the immediate aftermath of the storm.

Mr. Walwyn also reported recently that work on several primary schools is proceeding in time to be completed by the start of the next school year. We hope that this is the case, and that students . Otherwise many of them too — including those attending class in tents — will need better alternate accommodations as well.

There are many challenges after the storm, but leaders need to ensure that education is put at the top of the priority list immediately.