Kudos to government for hosting a comprehensive press conference last month in a format that we hope will become the new normal going forward. The session was ideal for several …

END_OF_DOCUMENT_TOKEN_TO_BE_REPLACED 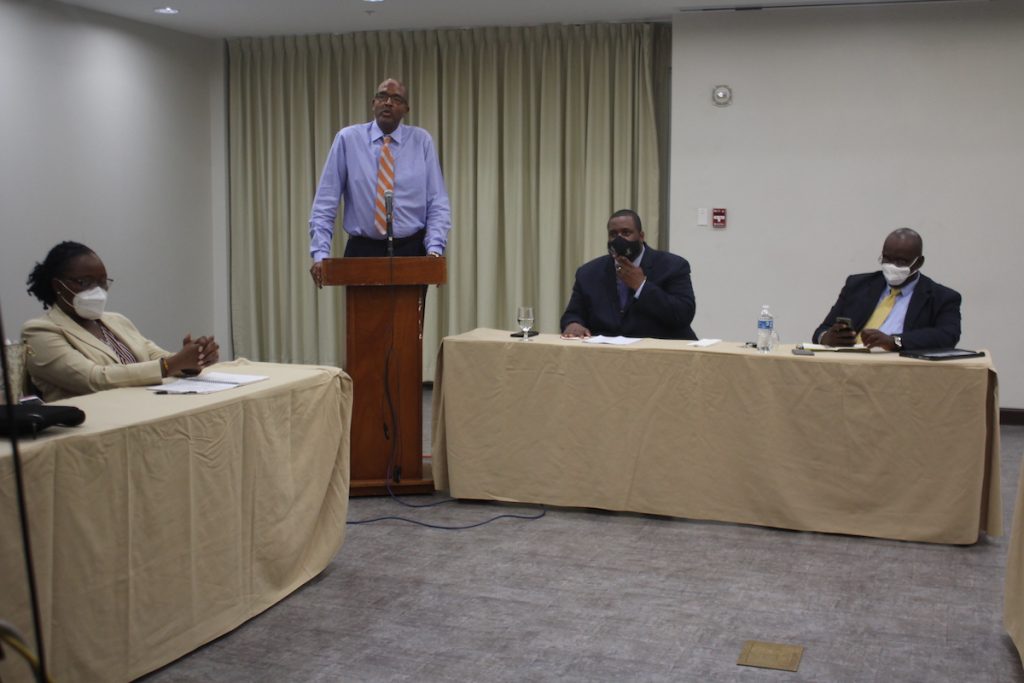 Kudos to government for hosting a comprehensive press conference last month in a format that we hope will become the new normal going forward.

The session was ideal for several reasons, but perhaps most important was the wide range of public officers who attended.

Previously, the few press conferences held since the start of the pandemic typically were limited to Premier Andrew Fahie and Health and Social Development Minister Carvin Malone, who have almost single-handedly controlled the government’s messages about the ongoing response.

These public officers each delivered a message — Dr. Georges’ was particularly useful as it was filled with details about the hospital’s preparations — and then candidly fielded queries about technical matters under their portfolios.

This question-and-answer period was exemplary. In previous press conferences, Messrs. Fahie and Malone often have delivered long-winded messages and then limited journalists to a couple rushed questions each.

Not so last month. Though the two were no less long-winded, they did not cut short the question-and-answer period as in the past. Instead, they and the health officials stuck around for more than three hours and thoroughly answered as many questions as journalists asked.

In another key addition, they also fielded questions that members of the public asked in real time over Facebook.

Perhaps for the first time since the start of the pandemic, we believe that the media and the public alike must have come away with the feeling that their questions were adequately answered.

The press conference, then, exemplified exactly how the government should be handling communications during this difficult time. It was also in keeping with how pandemic communications have been handled in more transparent jurisdictions abroad, many of which provide daily press conferences on their ongoing response.

Additionally, the session accorded with the government’s own policies and promises: The national Covid-19 response plan urges leaders to keep the media updated daily during the current phase, and in March the premier pledged to meet with reporters weekly but failed to follow through.

Moving forward, we see no reason why a comprehensive press conference with senior health officers shouldn’t be held at least once a week. Once such sessions are the norm, they shouldn’t need to be nearly as long as last month’s, during which officials had to field a backlog of questions that in some cases had been outstanding for months.

In a time when people are fearful and rumours spread like wildfire over social media, proper communications are crucial. Last month, leaders finally got it right. We hope they keep it up.