Opinions and Commentary > EDITORIAL: Recent lockdown mistakes must serve as a lesson

EDITORIAL: Recent lockdown mistakes must serve as a lesson

The government deserves kudos for the early implementation of strict measures to mitigate the coronavirus pandemic, but we were disheartened by the poorly planned curfew transition that predictably drew uncontrolled …

END_OF_DOCUMENT_TOKEN_TO_BE_REPLACED 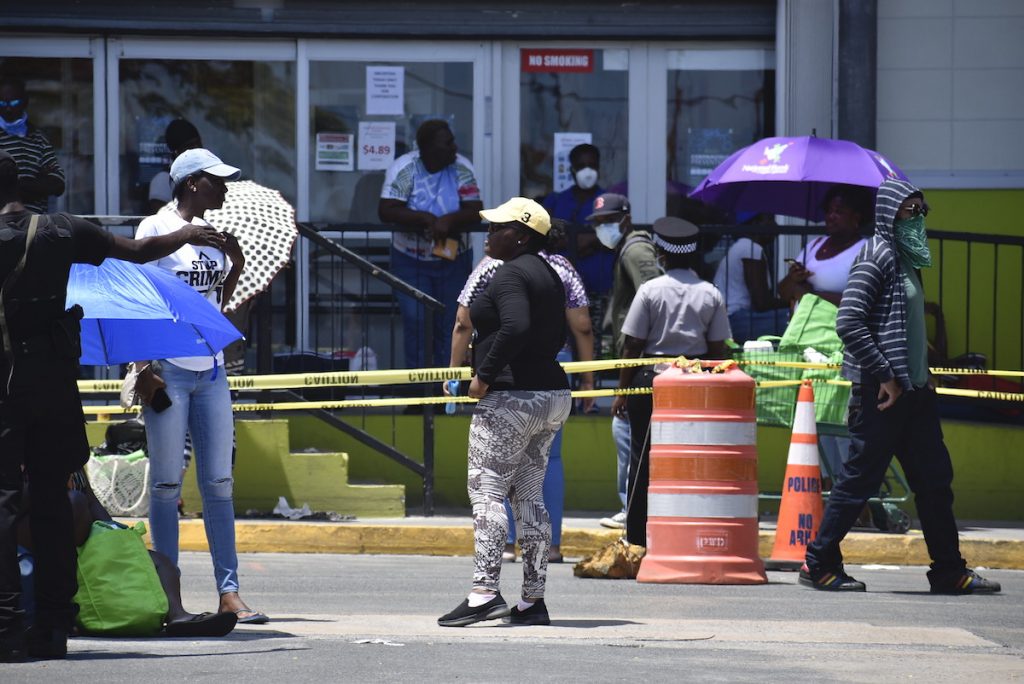 The government deserves kudos for the early implementation of strict measures to mitigate the coronavirus pandemic, but we were disheartened by the poorly planned curfew transition that predictably drew uncontrolled crowds to stores on April 2-4, creating an unnecessary health hazard during a critical time.

Nevertheless, we were glad to hear leaders pledge to learn from their mistakes going forward. It is essential that they keep this promise and work quickly and transparently to devise a more reasonable system that will avoid another rush on stores at the end of the current lockdown.

We don’t doubt that leaders have the best intentions and are working very hard to protect the territory at a difficult time. Nor do we question the need for a strict, long-term lockdown, which we believe to be absolutely indispensable at this stage.

But the recent confusion should not have come as a surprise considering the smaller crowds that packed stores before the previous six-day curfew started less than a week earlier.

Some people blamed residents who didn’t follow the rules. And rule-breakers certainly exacerbated the issue: Many behaved badly, neglecting to practise social distancing, wear masks and take other precautionary measures. This is inexcusable.

But the government must accept the lion’s share of the blame for implementing an inadequate system.

The goal that motivated the move was laudable: Since there are only three confirmed cases of COVID-19 here — all of which are believed to be imported — shutting down the territory as completely as possible will help to isolate and treat any other cases.

But the success of this plan hinges on ensuring that residents can get their basic supplies without coming into close contact with each other like so many did as they shopped over the course of three days.

As the lockdown continues in the future — as we believe it must — leaders must figure out a better way.

Though there is no accepted international standard, there are reasonable options. Many other jurisdictions, including the Cayman Islands, allow essential businesses to remain open most of the time and grant restricted access to different groups at different times. This method has successfully kept crowds fairly low in many cases.

Other common-sense solutions could also help here. Since many public officers are on the payroll but out of work, perhaps some could be redeployed to use government vehicles to operate a paid delivery system across the territory. If residents could safely purchase food and other supplies throughout the lockdown without leaving home, many would probably take advantage.

If government again insists on allowing stores to open only for a short period, the rules that were used last time around obviously need a close look. A better-managed system — perhaps over five days instead of three — might get the job done more safely.

We note too that the largest crowds arrived the first day of the shopping period, and that they had greatly thinned out by the end of the third day. Thus, splitting up the alphabet in a different manner might make a positive difference. We suspect, for example, that households with multiple surnames did their shopping as early as possible, and that the third group, which includes the relatively uncommon letters of U through Z, was smaller than the first two. A better system of checking identification is needed as well.

It is crucial that decision-makers work closely with business owners to carefully consider such factors when planning what will happen at the end of the current lockdown, when many residents’ supplies will be running very low.

As leaders have stressed, the territory must not let down its guard even though the most recent batch of COVID-19 tests came back negative.

Scientists say that many people who have the virus are asymptomatic, and the presence of a few confirmed cases can mean many more that go unreported.

Additionally, a recent study suggested that as many as 30 percent of COVID-19 tests return false negatives. This means that people exhibiting symptoms here might have been cleared even though they actually have the virus.

Moving forward, then, the lockdown should continue after this 14-day period under a more reasonable system that enables people to stock up without being forced into crowded situations that could help spread the virus.

Testing should continue as well. Anyone who exhibits serious symptoms should be tested as quickly as possible, and then officials should consider evaluating people with minor symptoms or none at all.

To better inform the public, leaders should also use remote technology to resume the weekly press conferences that they promised last month and then abandoned after a March 24 session with reporters. These press conferences should include senior medical officials as well as elected officials and the governor, so that residents can get the information they need to fully understand why they are sacrificing their liberties.

Governing at a time like this is extraordinarily difficult, and we thank our leaders for their hard work knowing full well that no response will ever be perfect. What’s important is learning quickly from mistakes.