Opinions and Commentary > EDITORIAL: Mangrove planting is great, but new laws needed too

EDITORIAL: Mangrove planting is great, but new laws needed too

Government and non-profit organisations deserve kudos for working together recently to launch a major mangrove restoration programme, but we fear their work will be for naught if comprehensive changes aren’t …

END_OF_DOCUMENT_TOKEN_TO_BE_REPLACED 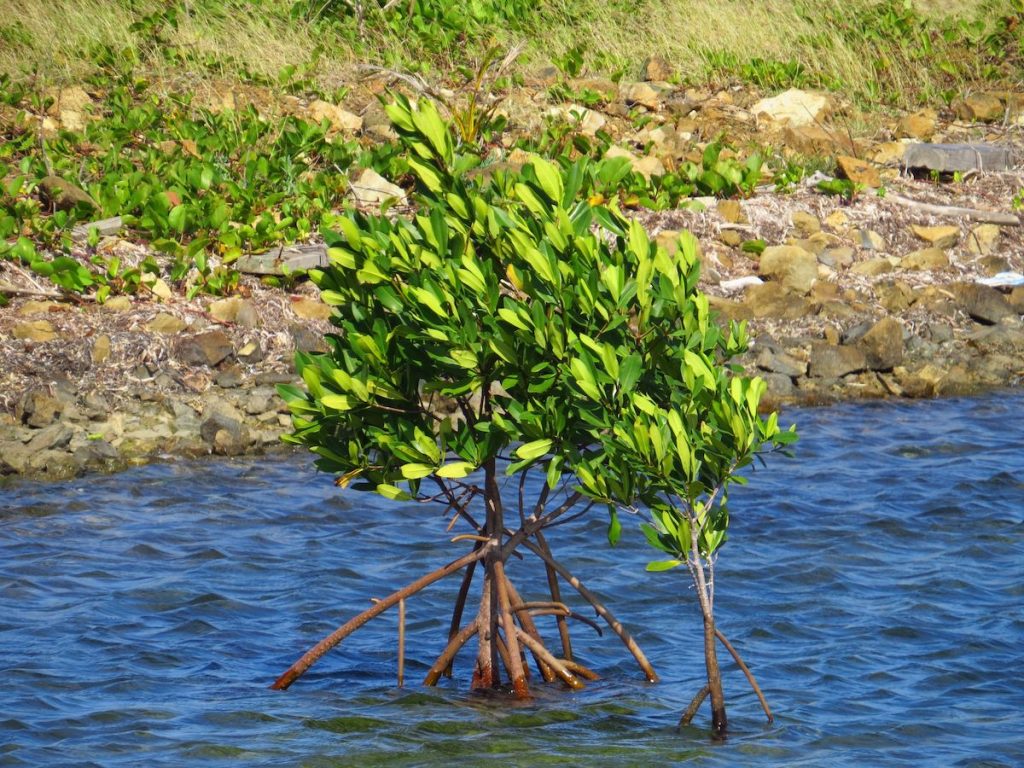 A small mangrove in Jost Van Dyke is rooted near the site of a new planting project. (Photo: DANA KAMPA)

Government and non-profit organisations deserve kudos for working together recently to launch a major mangrove restoration programme, but we fear their work will be for naught if comprehensive changes aren’t made at the policy level.

Planting is already under way on Jost Van Dyke, the H. Lavity Stoutt Community College is establishing a nursery for the trees, and related initiatives are planned across the territory.

Such steps, which are being led by well-qualified scientists, are invaluable. Mangroves and other wetlands play a crucial role in the territory’s terrestrial and marine ecology. In addition to serving as breeding grounds for countless marine species, they help prevent erosion, filter runoff from the shore, and support birds and other land-based wildlife.

All of these functions are crucial at a time when climate change is expected to bring rising sea levels, warming ocean temperatures, more intense storms, coral bleaching and other threats.

Besides the planting itself, the ongoing programme also includes a strong educational component, rightly teaching students and other residents the value of wetland resources.

The government and its partners should be praised for launching the initiative, as should Natural Resources, Labour and Immigration Minister Vincent Wheatley, who, since coming to office last February, has used his platform in the House of Assembly to repeatedly stress the importance of mangroves.

However, the government now needs to do much more. Even as well-meaning citizens work to replant mangroves along a few shorelines, the trees are being destroyed by illegal development elsewhere. And unlike many other jurisdictions, the Virgin Islands has no legislation dedicated to prohibiting the destruction of the trees and other wetland species.

Meanwhile, a comprehensive draft law that would help protect such delicate ecosystems — and enact many other urgently needed environmental reforms — has been delayed for more than 15 years in spite of repeated promises from legislators.

Currently, the rules protecting the VI’s delicate environment are spread over a patchwork of largely outdated legislation. In the mid-2000s the Law Reform Commission tackled the issue, drafting a bill that would bring disparate elements together under one legal umbrella overseen by a board.

Since then, however, the bill has never even made it to the HOA in spite of various iterations being promised in the governor’s speeches from the Throne year after year.

In the meantime, unscrupulous residents and visitors alike have degraded the environment with impunity — as has the government itself at times.

Last July, Mr. Wheatley’s ministry released a “green paper” that appeared to announce that the bill would be forthcoming. We were thrilled. But we have heard little since then, and we were disheartened that the law was omitted from the government’s legislative agenda in November’s Speech from the Throne.

The government should bring it back immediately and pass it without further delay. Then the relevant agencies should be given the necessary resources to properly enforce it.

As a related effort, leaders should also revisit the Climate Change Adaptation Policy, a well-conceived strategy that recommends various wetland protection measures. The policy, which was adopted in 2012 and then largely ignored, was due for a review in 2017 that never came.

Additionally, the government should reinstate the Climate Change Trust Fund Board that Cabinet disbanded last April, and ensure that the body is properly funded as required by the law that established it.

In the absence of such large-scale reforms, we fear that mangrove-planting projects and other related initiatives will be a frustrating uphill battle.