The recent discovery of the largest cocaine stash in the territory’s history is an appalling wake-up call for the Virgin Islands. Clearly, something is very wrong. The drugs — which …

END_OF_DOCUMENT_TOKEN_TO_BE_REPLACED 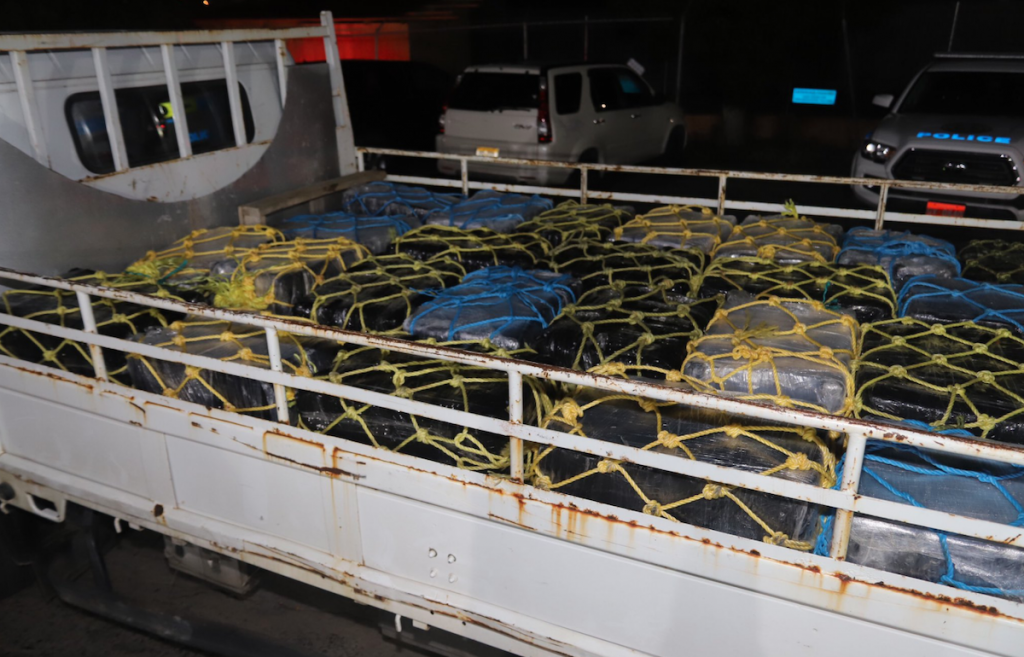 Police seized about 2.3 tonnes of cocaine on Nov. 6. (Photo: PROVIDED)

The recent discovery of the largest cocaine stash in the territory’s history is an appalling wake-up call for the Virgin Islands.

Clearly, something is very wrong.

The drugs — which weighed about 2.3 tonnes and were valued at $250 million — were not far off the three tonnes seized at sea during the United Kingdom’s largest-ever cocaine bust in 2015.

Such a discovery would be shocking anywhere in the world. But in a small, tight-knit community like the Virgin Islands, it suggests that a major criminal enterprise has been operating under the noses of the territory’s approximately 30,000 residents.

The arrest of a police officer in connection with the find is especially troubling. Though of course he is innocent until proven guilty — and we firmly believe that the great majority of law enforcers and other public officers are honest — we cannot imagine how so much cocaine could have come into the territory without some level of official corruption and organised crime.

Clearly, a major crackdown is needed, and we applaud Governor Gus Jaspert and Police Commissioner Michael Matthews for pledging to bring in outside law enforcers to help investigate the recent find and to carry out an internal probe in the police force.

The response should be swift, forceful and transparent, and it should aim to root out the drug trade and arrest anyone involved, from the foot soldiers to the bosses. It should also work to identify any systemic failings in the territory’s law enforcement apparatus that could have allowed such a major drug operation to function here in the first place.

The wider community, meanwhile, should assist by reporting suspicious behaviour to police and otherwise sending a clear message that crime will not be tolerated here.

We also second Mr. Jaspert’s call for the government to expedite legislation and other measures designed to discourage corruption. Such steps should include an integrity commission, a modernised Police Act, legislation facilitating unexplained-wealth orders, transparency laws, and a whistleblower act, among others.

Given the likelihood that corruption could be behind the recent drug find, we were disturbed that Premier Andrew Fahie used his recent budget address to criticise the governor for rightly mentioning the possibility at a press conference. Mr. Fahie — who was quick to cry “corruption” before his government was in power — implied that the governor has been trying to besmirch the territory’s reputation as part of a larger UK scheme to deny the VI its right to self-determination.

This suggestion is patently ridiculous, and the governor did nothing of the kind. Like the premier, he condemned the drug trade but expressed strong support for local law enforcers, noting his continued confidence in the police force as a whole.

Mr. Fahie’s response also comes on the heels of his peculiar complaints about the UK’s recent efforts to help secure the borders. When Mr. Jaspert requested a Royal Navy ship from the UK in September, Mr. Fahie angrily accused him of exaggerating the border threat. The recent bust, however, is clear evidence suggesting a potentially catastrophic security failure.

The premier, then, should leave off his governor-bashing campaign and concentrate instead on working closely with all available partners to try to snuff out the drug trade in the territory. He should also lead the House of Assembly in expediting the passage of anti-corruption measures, many of which he promised during last year’s election campaign.

Drug smuggling is not a victimless crime, even if the drugs are just passing through these shores on the way to another country. Far from it.

The trade tends to lure impressionable young people with promises of easy money. Often, they probably don’t fully understand the risks, and find themselves subject to a violent system of street justice that might punish even a simple mistake with death.

The trade also tends to foster other criminality, including gun violence and gang activity.

At a time when the territory has seen three murders in less than three months, in addition to other shootings that put bystanders at risk, the community should come together and send a strong message that the VI is no place for drug smuggling, violence, corruption or any other crime.