It’s about time. Kudos to the Recovery and Development Agency, the government, contractors and everyone else who worked together to finally complete the new Elmore Stoutt High School buildings. As …

END_OF_DOCUMENT_TOKEN_TO_BE_REPLACED 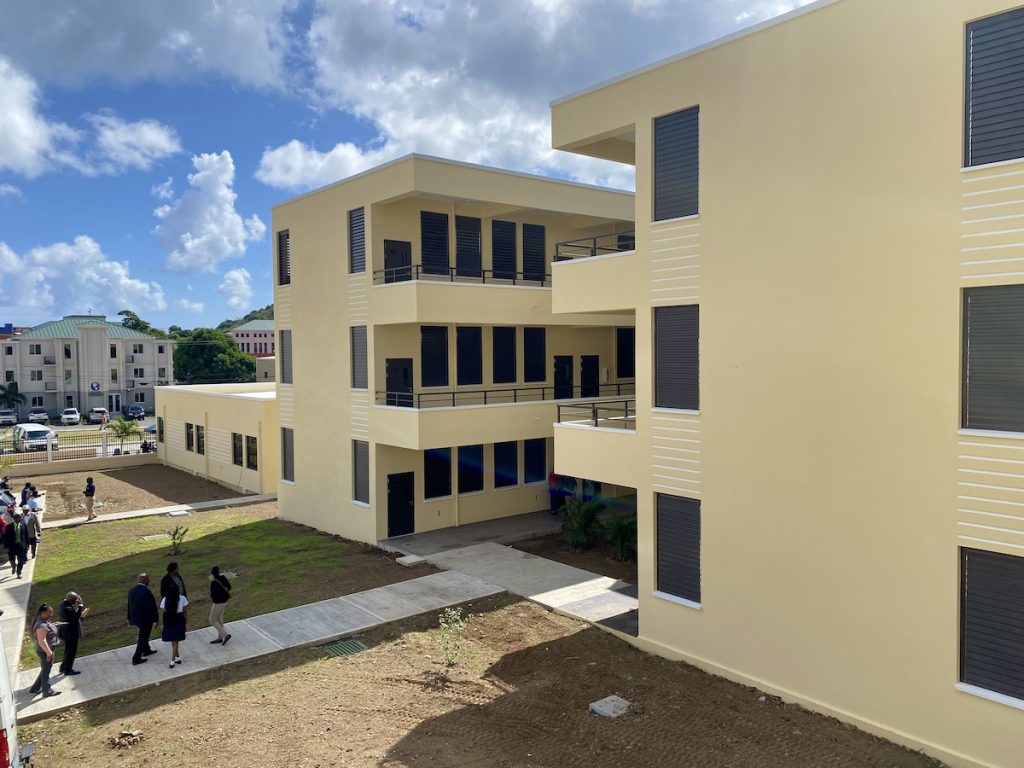 Kudos to the Recovery and Development Agency, the government, contractors and everyone else who worked together to finally complete the new Elmore Stoutt High School buildings.

As a result of their efficient work over the past year, all ESHS students are finally back together on one campus for the first time since Hurricane Irma.

The buildings, of course, should have been completed more than three years ago, and it is a national disgrace that students were subjected to a shift system in subpar accommodations for more than five years after the storm because of successive governments’ failure to erect the new facility more quickly.

But once construction started early last year, the project proceeded like a dream. Indeed, it showed how efficiently government’s long-delayed hurricane recovery could proceed if elected leaders would only source the needed funding and cede control to the RDA as envisioned when they voted to create the independent agency in 2018.

Lack of funding, after all, apparently caused the ESHS delays, just as it has delayed so many other recovery projects. Because three successive administrations failed to access the United Kingdom’s offer of a £300 million recovery loan guarantee — or any comparable source of funding larger than a $65 million loan from the Caribbean Development Bank — there has never been nearly enough money to get the job done.

As a result, the RDA is far behind through no fault of its own. Though it initially was established in 2018 with a mandate to oversee nearly $600 million in projects over seven to ten years, it had spent only about $40 million by last October, when it published its most recent monthly report.

The $11.6 million ESHS build — by far the RDA’s largest project to date — showed what the agency can do given the intended funding.

Consider the project’s timeline. Last January, leaders unveiled the building designs after finally committing substantial funding, which they said later was to be supplemented by $4 million from an anonymous private donor.

After that, the RDA efficiently and transparently tendered the project, rightly providing regular updates to the public. By the end of April, construction was under way.

Though the initial September completion target was missed — officials reasonably blamed inflation, shipping issues and other understandable setbacks — the facility opened its doors this month. Even better, the buildings are modern and fit for purpose, and they appear to have provided taxpayers with good value for money. And anyone with questions can visit the RDA’s website, where the agency regularly posts information including tender documents, value-for-money reports, and board meeting minutes.

Such successes are all too rare for public capital projects in the VI, and even rarer for government’s hurricane recovery efforts.

For comparison, consider the many post-Irma projects that remain undone. The Ralph T. O’Neal Administration Complex, which the government is managing, has been under construction for more than five years with no end in sight. The new National Emergency Operations Centre has also been delayed with no explanation after leaders signed a $9.8 million contract in early 2021 and promised completion by last August.

Meanwhile, roads are a mess, derelict boats still litter the territory’s waters, and construction hasn’t even started on most other major recovery projects: the new library and national archives; the West End ferry terminal; the Halls of Justice court complex; other schools; new trash incinerators on Tortola and Virgin Gorda; a new cultural centre to replace the Sir Rupert Briefcliffe Hall; comprehensive museum repairs, and others.

In all cases, the delays appear to stem from lack of funding. Premier Dr. Natalio “Sowande” Wheatley said last August that the UK loan guarantee was off the table, but that he was planning to seek more than $50 million for the recovery. His government should multiply that figure by at least four, source the funding without further delay, and pass the baton to the RDA.

Then it should sit back and allow residents to rest assured that the recovery projects will be carried out as quickly and efficiently as the ESHS rebuild — without the usual politicisation that has plagued public projects under successive governments for decades.

The territory would benefit tremendously, and so would Dr. Wheatley’s government once voters see substantial recovery progress where the previous two administrations failed.