On March 17, Premier Andrew Fahie and Deputy Premier Carvin Malone promised to keep the public informed about the coronavirus pandemic by holding weekly press conferences on the topic and …

END_OF_DOCUMENT_TOKEN_TO_BE_REPLACED 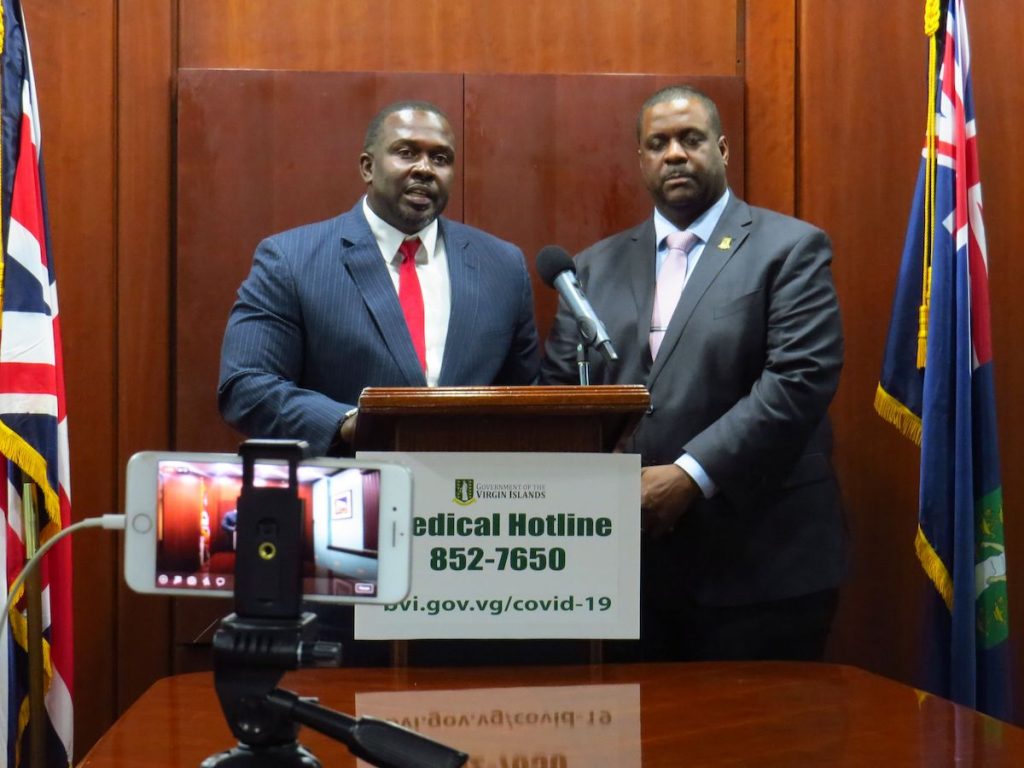 On March 17, Premier Andrew Fahie and Deputy Premier Carvin Malone promised to keep the public informed about the coronavirus pandemic by holding weekly press conferences on the topic and launching a question-and-answer feature on the government’s website.

These pledges were laudable, and we praised them on this page the same week.

Unfortunately, both promises were quickly broken.

The leaders held a coronavirus-related press conference March 17 and another the following Tuesday with Governor Gus Jaspert, but neither they nor Mr. Jaspert has held one since. Nor has any question-and-answer feature been launched. Meanwhile, this newspaper and other media outlets have struggled to get answers to the public’s many questions about the pandemic.

True, leaders have provided regular updates on social media, and Government Information Services has steadily disseminated important and useful advice and other material. All of this information is helpful. We also note that two press conferences unrelated to coronavirus were held over the past week: one to sign contracts for Virgin Gorda projects, and another to explain planned traffic changes in Road Town.

We hope these sessions were a sign of more to come, because since March 24 leaders have not met with the press to discuss the pandemic even as it has developed into a full-blown crisis.

We understand that social distancing guidelines may preclude meeting in person. But countries and territories around the world have been holding regular press conferences over Zoom and other digital applications — often on a daily basis.

Leaders here should do the same at least once a week until the crisis is over. And when they do, they should include public health officials, who, with one notable exception, have been mostly silent and unreachable in recent weeks.

To make matters worse, government apparently has not empowered any information officer to answer media queries about the pandemic response either. The Beacon’s dozens of calls and messages to GIS officers over the past month frequently have not been returned. As a result, the public’s questions are going unanswered.  Here are a few:

Has local transmission of Covid-19 been confirmed in the territory? If so, why haven’t officials said as much explicitly?

Is it true that the Covid-19 testing team doesn’t work on weekends, as some residents say they have been told? If not, why not? Is more staffing needed?

What is the age and sex of the most recent confirmed case, and why wasn’t this information announced already?

Does the territory have a pandemic response plan in place? If so, why hasn’t it been provided to the public in keeping with this newspaper’s requests?

Why aren’t the Health Emergency Operations Centre’s “situation reports” being provided to the public?

Why is GIS apparently ignoring some media requests?

Given that the premier has repeatedly stated that “research” is guiding the territory’s pandemic response, including the highly unusual lockdown of recent weeks, why hasn’t this research been provided to the public?

Given that research abroad suggests that false negatives are common in Covid-19 tests, why have some residents been taken off quarantine immediately upon testing negative? Is the possibility of false negatives being taken into account in the VI system?

Why haven’t health officials publicly warned the community about the possibility of false negatives?

Given that leaders have provided contradictory and confusing information about the border closure, what is its status? Are some Virgin Islanders and belongers being allowed entry while others are being turned away?

Why hasn’t a comprehensive economic stimulus package been unveiled yet?

Given that the territory has tested a relatively low percentage of its population, are officials concerned that the number of Covid-19 cases is actually much higher than discovered so far?

Did any of the residents who have recently died at home experience symptoms of Covid-19? Did any die of respiratory problems, strokes or other health problems that have been associated with the disease? Were any tested for it?

Does the government have any plans for how to handle the many work permit holders who are currently unemployed and have no way to get home?

All of these questions are of clear public interest. Our list goes on, and we are sure that anyone else could easily add to it.

In spite of the current health crisis, the VI is still a democracy, and leaders should act accordingly. Besides hosting digital press conferences each week, they should appoint an information team that is empowered to answer media queries about the pandemic quickly and efficiently. We see no reason why the great majority of questions shouldn’t be answered within a day.

We understand that leaders are under tremendous pressure as they work to handle the pandemic, and we thank them for their efforts. But at the best of times, communication is a two-way street. And in a crisis, this rule of thumb applies doubly.

No one can fight a pandemic in secret.