It is embarrassing and disheartening that yet another proposed development at Prospect Reef has fallen through, leaving the resort to crumble further into disrepair 14 years after government purchased it …

END_OF_DOCUMENT_TOKEN_TO_BE_REPLACED 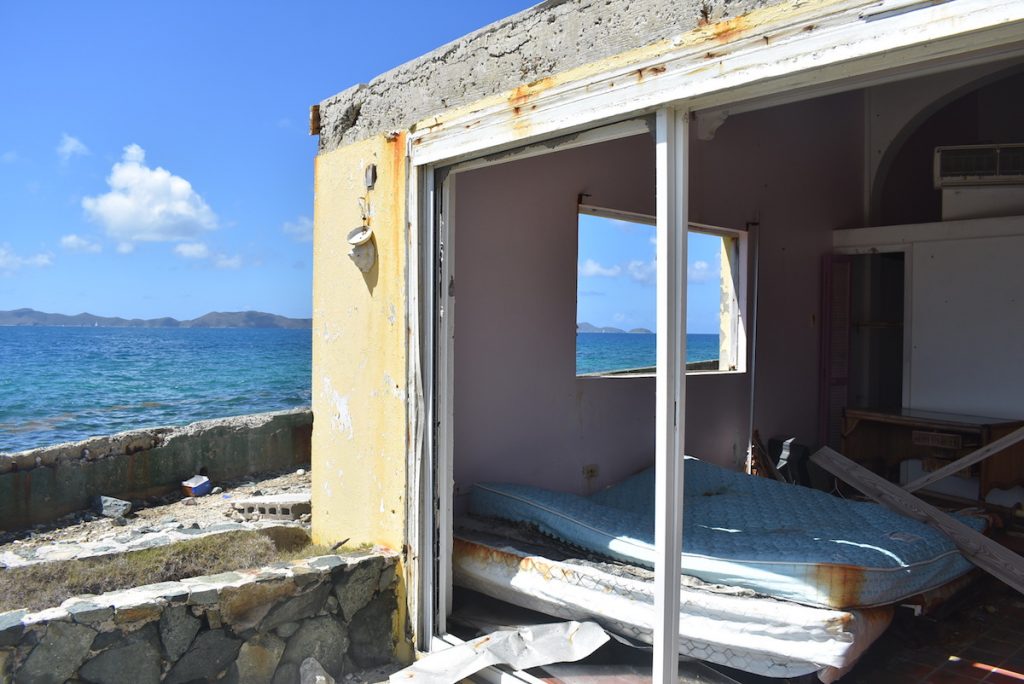 Most of the buildings at the Prospect Reef Resort were destroyed during Hurricane Irma, and they have not been repaired. (Photo: GENEVIEVE GLATSKY)

It is embarrassing and disheartening that yet another proposed development at Prospect Reef has fallen through, leaving the resort to crumble further into disrepair 14 years after government purchased it amid big promises.

The previous administration must shoulder the blame this time around, but the territory’s new leaders should learn from their predecessors’ mistakes.

Since government purchased the resort in 2005, officials have been promising projects ranging from a new resort to a hospitality training centre.

In 2013, they seemed to be getting somewhere at last: Then-Premier Dr. Orlando Smith announced a deal with the large United Kingdom-based company Sir Robert McAlpine Group, which was part of a consortium bidding on the airport expansion at the time. That agreement, however, soon fell through.

Then in 2016 Dr. Smith unveiled a $100 million agreement with one of McAlpine’s partners in the airport consortium: the United States-based ICA Group.

But from the start, there were red flags. Months before the deal was announced, the consortium’s airport proposal had been scuttled after a consultant found that ICA’s financing sources were “obscure at best.” To this day, the ICA Group’s CEO has declined to provide information about his firm’s recent work, instead citing nondisclosure agreements and pointing to a list of dated projects that this newspaper has been unable to verify independently.

Now that this deal has fallen through, the ICA CEO and Dr. Smith are blaming each other. But even if Dr. Smith is correct that ICA failed to meet its obligations, his administration still must shoulder the blame if only because it partnered with the firm in the first place.

The new government must do better. To that end, transparency and public participation are indispensible.

The government announced in April that consultant Claude Skelton-Cline would be tasked with handling negotiations for Prospect as part of a $98,000 no-bid contract for six months of wide-ranging work. We’re not exactly sure what this means for the resort, but we note that backroom negotiations are not needed.

Instead, at this stage leaders should be asking the community what it wants at Prospect. A resort seems like a reasonable plan, but it is by no means the only option. A hospitality training centre could also be a major boon, as could a technology-based business centre, an office complex, condominiums, or a public park, to brainstorm a few ideas.

Once the options have been discussed and narrowed down, the government should issue a broad request for proposals and advertise it widely here and overseas to invite experienced firms to offer ideas for the space. Then any proposals received should be brought back to the community for further discussion.

Finally, before awarding a contract, the government must conduct thorough due diligence on the preferred bidders. Any who can’t show a clear track record of recent successes should not be chosen.

Ultimately, we see no reason why a reputable and experienced firm can’t be found to develop the area, especially if government is still willing to grant a favourable lease.

Solving the Prospect problem would greatly boost the recovery effort and be a big feather in the new government’s cap. But it must be done right.