Last week’s Earth Day celebrations were a heartening demonstration of community spirit, but they were also a reminder of the looming threats facing the territory’s delicate natural environment. In the …

END_OF_DOCUMENT_TOKEN_TO_BE_REPLACED 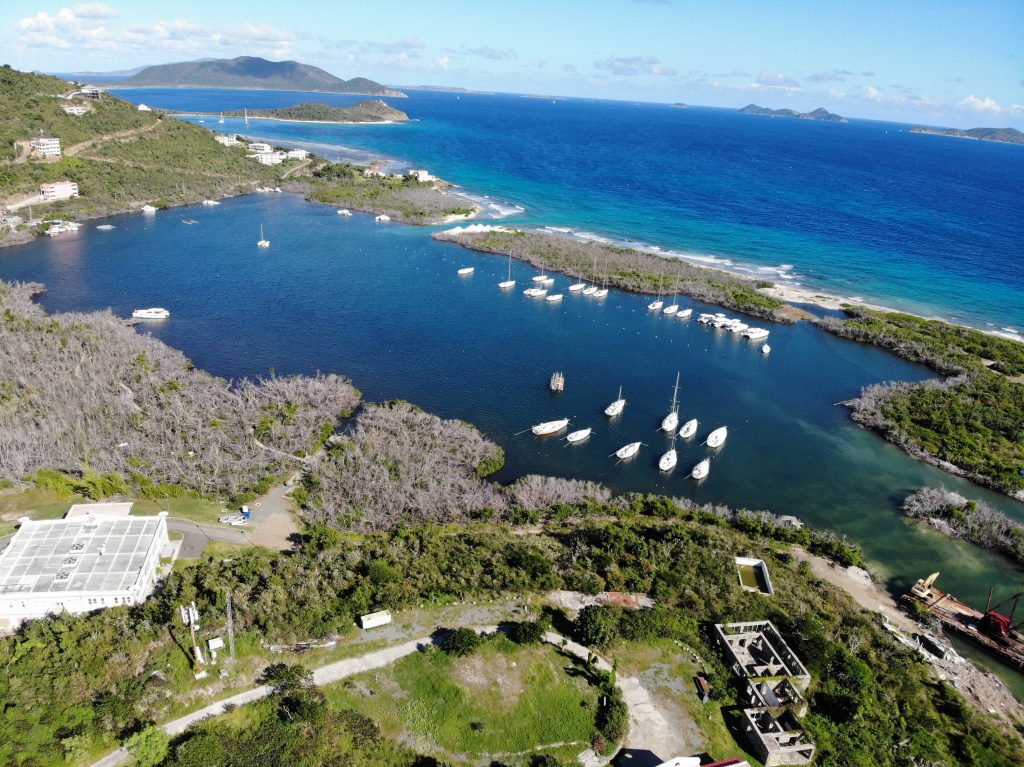 The Paraquita Bay lagoon is one of the largest mangrove wetlands on Tortola. A law that would protect the trees and other delicate ecosystems in the Virgin Islands has been delayed for some 15 years. (File photo: FREEMAN ROGERS)

Last week’s Earth Day celebrations were a heartening demonstration of community spirit, but they were also a reminder of the looming threats facing the territory’s delicate natural environment.

In the face of such perils, there is much to do.

Eco-fairs, cleanups and tree-plantings are a great start, but comprehensive reform is also needed in several policy areas, and we hope that the new government will substitute green action for the green rhetoric that leaders seem to have preferred in the past.

To that end, there is no need to reinvent the wheel, because the way forward is mostly clear.

A crucial step, for example, is passing the comprehensive environmental legislation that has been promised for some 15 years.

Currently, the rules protecting the Virgin Islands environment are spread over a patchwork of largely outdated legislation. In the mid-2000s the newly launched Law Reform Commission tackled the issue, drafting a bill that would bring disparate elements together under one legal umbrella overseen by a board.

Since then, legislators have been promising to pass that bill, but it has never even made it to the House of Assembly.

The new government should get it done right away.

Another priority should be a top-to-bottom overhaul of territory’s solid waste system, which was an environmental disaster even before Hurricane Irma exacerbated it into an full-blown catastrophe.

After the Pockwood Pond incinerator caught fire last November, the previous administration did not treat the situation with the necessary urgency even though waste was being buried on the hill behind the non-functional incinerator.

In fact, only last month did Cabinet approve the funding necessary for the needed repairs.

But fixing the incinerator will be only a start. Leaders also need to revisit the Solid Waste Strategy that was tabled in the House of Assembly in 2014 but then apparently forgotten. That document lays out sound goals including establishing a facility where trash can be sorted for recycling and reuse; establishing a dedicated legislative framework for solid waste management; and commissioning a study on waste-to-energy strategies, among others.

The energy policy that government approved in 2016 has been similarly neglected: It promises to decrease fossil fuel imports by 20 percent by 2021 and to supply 30 percent of the territory’s energy by renewable means by 2023, among several other laudable targets. Given the lack of progress so far, government needs to go back to the drawing board and draft a realistic roadmap for achieving such goals in the future.

Another valuable document is the 2012 Climate Change Adaptation Strategy. It lays out many eco-friendly solutions designed to protect the environment in the face of global warming, but it too has been largely ignored.

Besides such specific measures, green thinking should be incorporated into every aspect of governance in the future, including the promised new building code, water and sewerage works, and education, to name a few.

The recent community activities made clear that the community is ready for green change. Now government needs to catch up.

Given that the territory depends on the environment for its very survival, Earth Day should be every day in the Virgin Islands.