In light of the coronavirus pandemic, government leaders are promising to extend the three-month maximum for “temporary” layoffs permitted under their interpretation of the 2010 Labour Code. Though they have …

END_OF_DOCUMENT_TOKEN_TO_BE_REPLACED 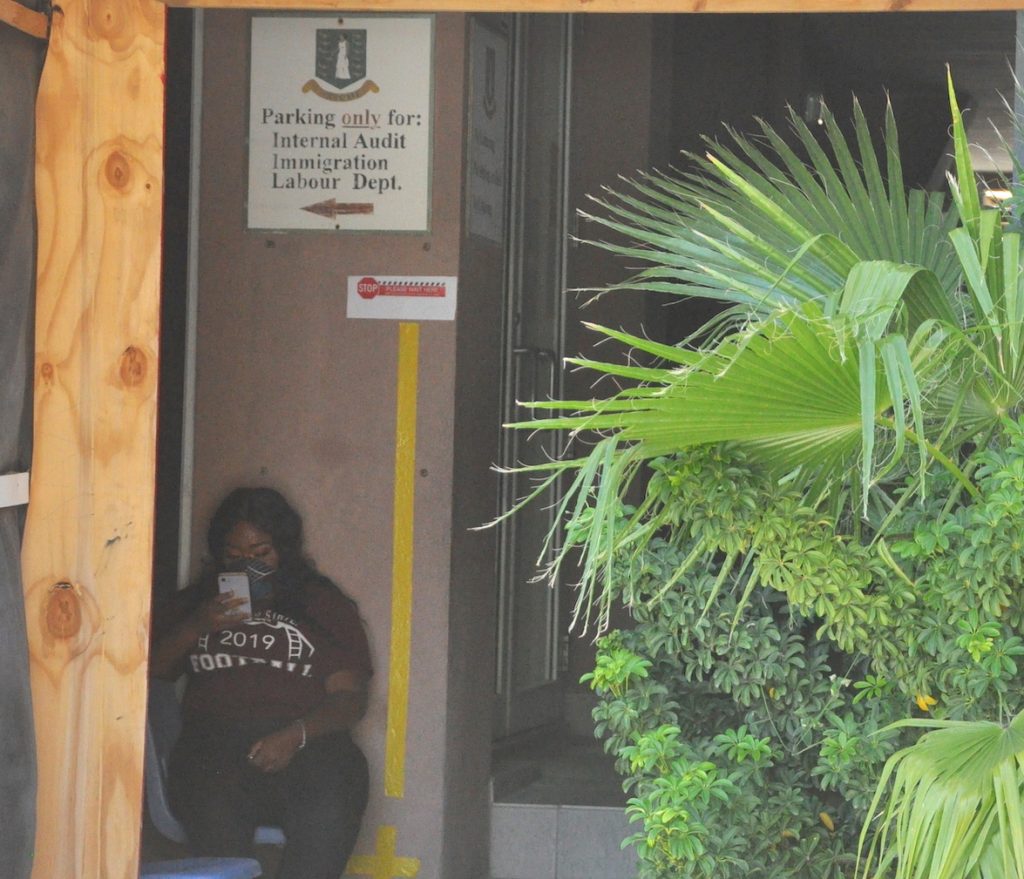 The Department of Labour and Workforce Development has implemented a system to ensure social distancing. (File photo: FREEMAN ROGERS)

In light of the coronavirus pandemic, government leaders are promising to extend the three-month maximum for “temporary” layoffs permitted under their interpretation of the 2010 Labour Code.

Though they have billed the strategy as a win for employers and employees alike, businesses seem much more likely to benefit at the expense of workers.

In any case, before moving ahead with the plan, leaders should reform the temporary-layoff system itself, amending the Labour Code to ensure that the rules are clear, transparent and fair.

The current system does not meet that standard, and many employees may have suffered needlessly as a result.

We suspect that the temporary-layoff provision was initially conceived to apply to employees hired with the understanding that they will be laid off temporarily at some point in their contract. This system makes sense in the Virgin Islands: Many tourism workers, for example, are laid off for a few months in the slow season, and they are told as much upfront when they are hired.

However, many employers have also “temporarily” laid off other workers, who have not been informed of the possibility in advance. This practice appears to be allowed under the current Labour Code, but it is highly problematical — especially since the law does not outline a specific procedure for temporary layoffs as it does for full terminations.

It is unclear, for instance, if advance notice is required. If not, any employee can show up at work on a Monday only to be told that they are laid off with no severance pay for up to three months with immediate effect. This is unacceptable, and it directly contradicts the spirit of the Labour Code’s other worker protections.

Employees on work permits are particularly vulnerable. Consider, for example, a work-permit holder who is “temporarily laid off” with no notice. Overnight, their income dries up, and they would need months to find a new job and obtain another work permit — if the Immigration Department even grants them permission to do so.

Otherwise, they must either wait out the three months without pay — which would be impossible for many, to say nothing of the strain on the territory’s social services — or return home, where they would likely struggle to recoup any severance pay that might eventually come due if they aren’t re-hired.

It is easy to see how unscrupulous employers might take advantage of this system. And sadly, many have done so through the years.

The Labour Code, then, needs to be amended to close this loophole.

To our thinking, in normal times temporary layoffs should apply only to workers who are notified in writing from the date of their hire that they are likely to be temporarily laid off during the course of their employment. An exception, however, might be added for emergency situations like the one the territory faces now.

More importantly, the Labour Code should clearly detail the necessary procedure, explaining who can be temporarily laid off under what conditions and explicitly requiring a notice period similar to the one that is now obligatory for full terminations.

If leaders don’t reform the system itself, their plan to extend the temporary-layoff period seems likely to exacerbate all the existing problems, giving unscrupulous employers greater leeway to exploit vulnerable workers.

Before the extension is implemented, then, the law should be crystal clear.