Opinions and Commentary > EDITORIAL: Unfortunately, the corruption inquiry is needed 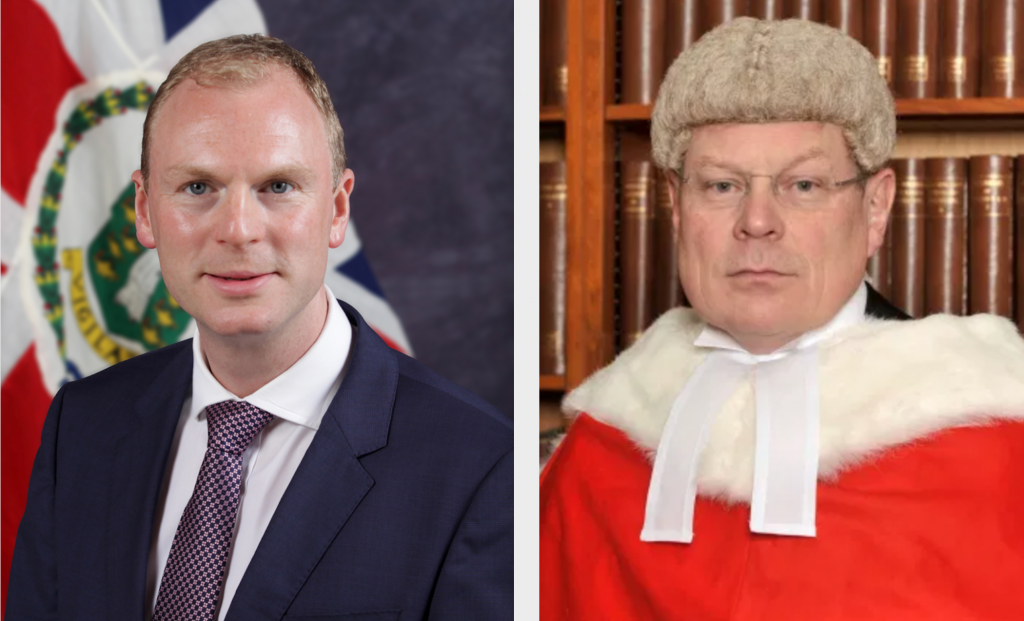 Monday was a dark day for the Virgin Islands, with the United Kingdom flexing its colonial muscle and announcing a wide-ranging corruption inquiry in the territory.

However, we are sad to say that the probe is needed.

For decades, successive VI governments have played fast and loose with the public’s money, politicising contracts, wasting tax dollars, splitting projects, meddling in the public service, and often acting without even a pretence of transparency. Victimisation and political bullying, meanwhile, have been an open secret.

Again and again, such issues have been exposed by the media, the auditor general, the complaints commissioner and others, all of whom have recommended reasonable reforms that would help change the status quo.

But successive governments have failed to act, leaving undone longstanding promises for freedom-of-information legislation; an ethics law; a public register of legislators’ interests; whistle-blower protections; a Human Rights Commission; a stronger procurement framework; a law providing for unexplained wealth orders, and many others.

Too often, the UK has looked the other way, neglecting its duty to provide consistent checks and balances.

Now the situation has come to a head. Two recent events in particular — which we suspect are a main impetus for the UK inquiry — illustrate the bitter fruits of leaders’ longstanding inaction on governance reform.

The first was the Covid-19 economic stimulus package: Starting last May, the government withdrew nearly $60 million from the Social Security Board for the purpose, and then failed to provide a comprehensive public accounting of how the money was spent even as residents continued to cry out.

The VI government’s responses to these two crises have not inspired confidence.

As questions have swirled about the stimulus spending, Premier Andrew Fahie has clammed up, refusing to give interviews to this newspaper or to provide a public explanation even as the veteran SSB director unceremoniously went on “pre-retirement leave” at the end of December.

In response to the drug bust, Mr. Fahie doubled down on earlier vitriolic attacks on Governor Gus Jaspert and excoriated him for making the obvious suggestion that 2.3 tonnes of cocaine in Balsam Ghut might suggest some level of official corruption. Meanwhile, his government has showed precious little progress on his election promises to pass wide-ranging governance reforms.

No one, then, should be surprised that the UK is exercising its power to launch a probe under the Commissions of Inquiry Act.

We believe that there is widespread community backing for the move, and we are glad that the premier has expressed guarded support for a transparent inquiry designed to clear the air about recent corruption allegations and exonerate anyone who is falsely accused.

Community members should cooperate by being open and candid with the commissioner.

The UK, meanwhile, must assure the public of apolitical impartiality and carry out the probe with full transparency.

This does not necessarily mean that all of the proceedings should be conducted in public as the premier has requested. Indeed, we seriously doubt that the commissioner would get the candid answers he needs from a fully televised inquiry.

But there are many details that should be provided to the public now and in the future.

Yesterday, the Governor’s Office got off to a good start by providing the commissioner’s instrument of appointment, which broadly outlines the scope of the inquiry.

Additionally, Mr. Jaspert promised a press conference later this week alongside the commissioner. We look forward to learning more details then.

The UK should also publish the commissioner’s contract as well as the commission’s complete budget — including information about who is paying.

And once the probe is under way, the commissioner himself should provide regular updates and make himself available to the media to answer questions about his progress.

Inquiries, after all, are expensive and time-consuming, and this one seems very likely to overshoot its projected timeframe of six months.

Without full transparency throughout the process, the people of the VI will rightly wonder about the UK’s actual motivation for the inquiry and what exactly the commissioner is here to probe.

At the back of their minds will be the Turks and Caicos Islands. After a commission of inquiry in that territory found widespread corruption and a “climate of fear” (as the governor has now alleged here), the UK suspended parts of the TCI constitution in 2009 and implemented direct rule for about three years.

The move may have been necessary — the corruption alleged in the TCI was extensive and deep-seated — but it also represented the darkest side of colonialism.

No one here wants to go down a similar road. The UK, then, must not take advantage of the inquiry to suspend or retard the VI’s constitutional progress. Since the British assumed responsibility for the territory in 1672, this progress has come as a result of the work of the people of these islands despite being effectively abandoned by the British on multiple occasions.

To understand that all countries go through growing pains, one need only consider historical milestones ranging from the 1215 Magna Carta — which guaranteed certain English liberties and declared the sovereign to be subject to the rule of law — all the way up to the recent struggles that have tested democracy in the United States, the UK other countries.

Given the stakes, this territory must do everything it can to get its house in order and strengthen its own democratic institutions.

Even as the probe gets under way, then, the VI government should expedite comprehensive governance reforms designed in part to ensure that the UK will never again be justified in unilaterally calling an inquiry on this soil.