Opinions and Commentary > EDITORIAL: Virgin Islands strong, but must be stronger

EDITORIAL: Virgin Islands strong, but must be stronger

“The Virgin Islands must build back stronger.” In the weeks after Hurricane Irma, this phrase was repeated like a mantra. A year later, is the territory succeeding? The answer varies …

END_OF_DOCUMENT_TOKEN_TO_BE_REPLACED 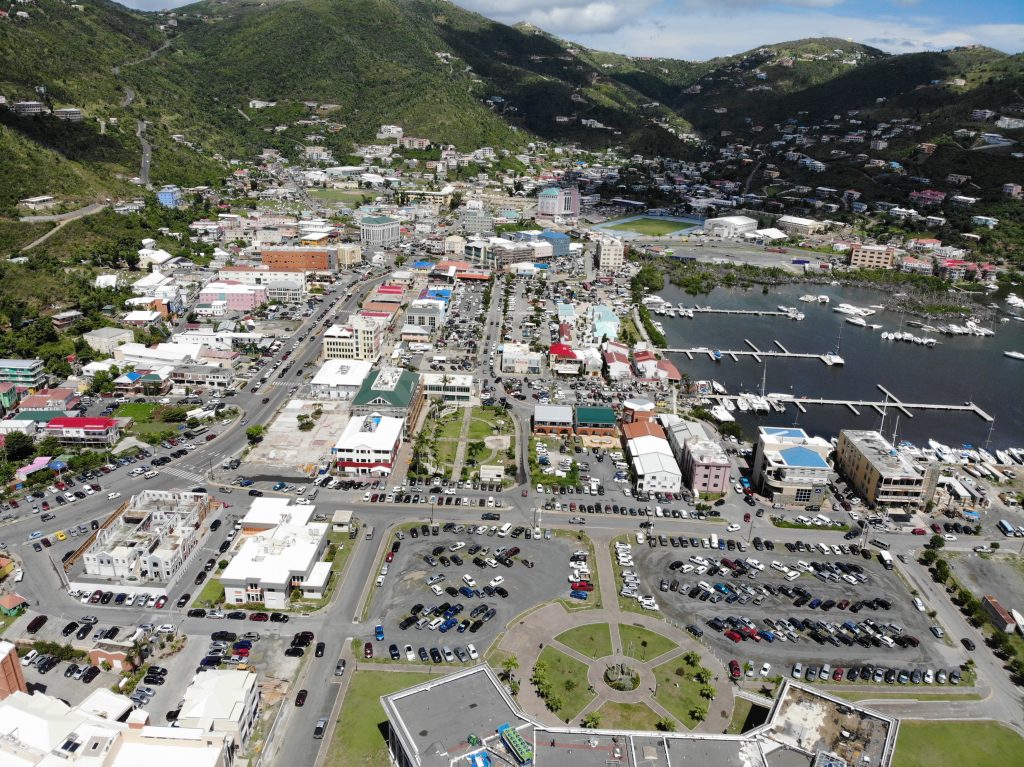 The Ministry of Transportation, Works and Utilities is develop- ing a programme to redesign the territory’s roads and drains, TWU Minister Kye Rymer told the House of Assembly on Friday. (Photo: FREEMAN ROGERS)

“The Virgin Islands must build back stronger.”

In the weeks after Hurricane Irma, this phrase was repeated like a mantra. A year later, is the territory succeeding?

The answer varies wildly depending on who you ask. Opinions on the recovery range from angry insistence that it has stalled entirely to optimistic proclamations that the VI is essentially back to normal.

The reality lies somewhere in the middle.

The territory has certainly made remarkable progress. After the storm, many residents gazed at a warzone-like landscape and wondered if the VI could ever recover. Today, it is clear that the answer is yes.

Economic activity is returning in leaps and bounds, and most residents have electricity, running water and a comfortable place to sleep. The path to this stage was arduous, but it was a collaborative, and often heart-warming, community effort. Many heroes have been made, and volunteers and donors from here and abroad continue to show selfless generosity every day.

It is the private sector, however, that has emerged as the undisputed leader in many aspects of the recovery. Take the charter industry: Irma destroyed most of the territory’s 900 or so yachts, but companies quickly repaired damaged boats and imported new ones in time to ensure that the first post-Irma tourism season was not a write-off.

The other economic pillar, financial services, proved even more resilient. When the storm hit, contingency plans kicked in and most firms suffered only minimal interruption. As a result, public revenue from this lucrative sector actually climbed during the post-Irma period.

Smaller scale entrepreneurs have shown phenomenal drive as well. Some re-imagined existing companies and quickly opened in the face of overwhelming odds, and others launched new businesses to replace the ones that were destroyed. At the same time, construction companies, yacht repairers, and a few other sectors have expanded rapidly to take on increased post-storm demand.

On the government side, electricity, water and roads were restored to most areas in a reasonable timeframe given the circumstances, and a few public buildings, such as the House of Assembly, have been repaired. There also have been a few obvious examples of building back stronger, such as the solar panels added to the roof of the refurbished Adina Donovan Home for the Elderly and ongoing partnerships to construct eco-friendly, disaster-resistant and healthy new schools.

Additionally, the badly needed Recovery and Development Agency was finally established in part to administer funding in an apolitical manner, and it quickly got to work removing debris.

In spite of such successes, however, all is not well. Even though most residents are relatively comfortable, others are living in compromised situations, including tents and roofless houses. Many more are unemployed and bereft of their life’s savings, while others suffer from storm-related physical or mental illness.

In spite of the recent infrastructure repairs, some roadwork is already falling apart again, and telecommunications service is sporadic at best.

Substantial repairs have not even begun on several public buildings, including police and fire stations and the Elmore Stoutt High School, and the government is struggling to handle some of its responsibilities. Trash continues to pile up at Coxheath and Pockwood Pond, for example, and delays in processing work permits and trade licences are hindering the recovery effort.

Solutions will not be cheap, but it is unclear when more funding will come. Much of the money from the Caribbean Development Bank loans still has not been accessed, and no word has come of other loans under the United Kingdom’s £300 million guarantee. Faced with these pressing issues, elected leaders often have spent more time bickering than offering solutions or providing transparent answers.

Such setbacks are particularly troubling given that the government has not published a sufficiently detailed roadmap for the way forward a year after the storm.

In this regard, there is no need to reinvent the wheel. There are plenty of existing documents that provide good ideas, many of which have been largely ignored by successive administrations.

The Climate Change Adaptation Policy, which Cabinet adopted in 2012, could itself be easily reworked into a brilliant strategy for the recovery: It includes deadlines — which would need to be reset since they were mostly missed already — for dozens of specific goals in areas such as renewable energy, wetland protection, building rules, tourism planning, development guidelines and many others.

Similarly well-conceived plans are included the 2007 Road Town Improvement Project report, the 2014 Comprehensive Solid Waste Management Strategy, the 2016 Energy Policy and many others.

Though the government’s Recovery to Development Plan does mention measures included in such documents, it does not give deadlines or explain how they will be implemented, and leaders don’t seem willing to commit to specific goals.

So is the VI building back stronger? In some cases, yes, but in too many other cases the answer is no.

The recovery effort is an opportunity to go back to the drawing board and start implementing the countless creative solutions that have been discussed in recent decades. Otherwise, the community can expect the same old mistakes, which would be a tragedy of greater scale than Irma itself.

The hurricane proved that the VI is strong. But it must be stronger still.