Eleven people were registered as British citizens on Tuesday after having been previously naturalised as British overseas territory citizens. During a ceremony at Government House, the new citizens accepted their …

END_OF_DOCUMENT_TOKEN_TO_BE_REPLACED 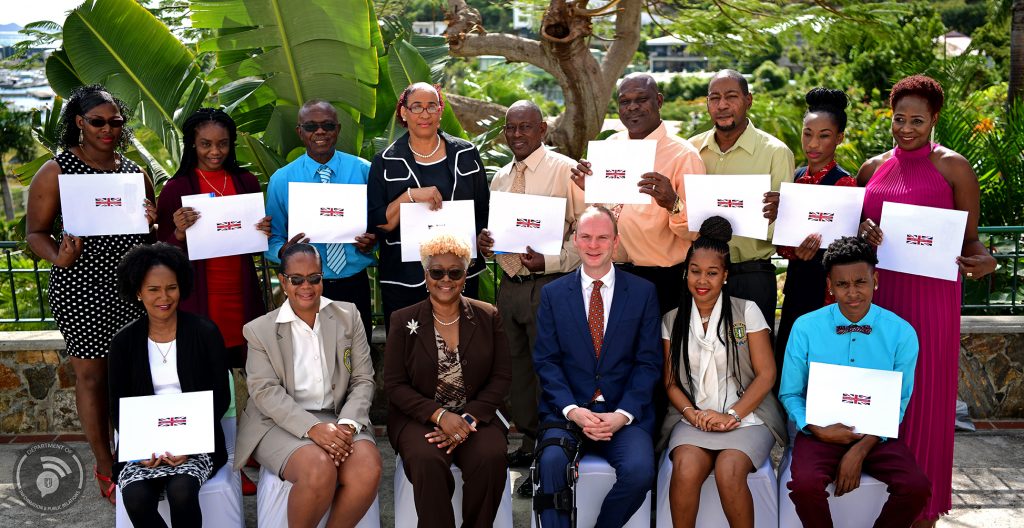 Eleven people were registered as British citizens on Tuesday after having been previously naturalised as British overseas territory citizens.

During a ceremony at Government House, the new citizens accepted their certificates and recited the Oath of Allegiance to the Queen and the Pledge of Loyalty to the United Kingdom.

Governor Gus Jaspert congratulated the citizens and stressed the importance of the freedoms and responsibilities of being British.

“By reaching and obtaining British citizenship you have exercised the right you enjoy as British overseas territory citizens under the 2002 legislation,” he said, adding, “Though a right, it is nonetheless an important decision you have taken to seek British citizenship by registration, and it is proper that the fulfilment of that process be marked in a formal way.”

Registrar General Stephanie Benn, who chaired the ceremony, congratulated the new citizens on their achievement, urging them to treat their certificates with special care.

British citizens have the right to live and work in the UK or any other European Union country, and may travel to the United States under a visa- waiver programme.

“I congratulate you all on having persevered with the process and for having demonstrated your allegiance to the United Kingdom, as well as to your home in the Virgin Islands,” the governor added.