Local News > Enid Scatliffe school back on its feet

Enid Scatliffe school back on its feet

This article originally appeared in the Beacon’s print edition on Feb. 21. For almost a year and a half, students from Enid Scatliffe Pre-primary School have packed into the classrooms …

END_OF_DOCUMENT_TOKEN_TO_BE_REPLACED 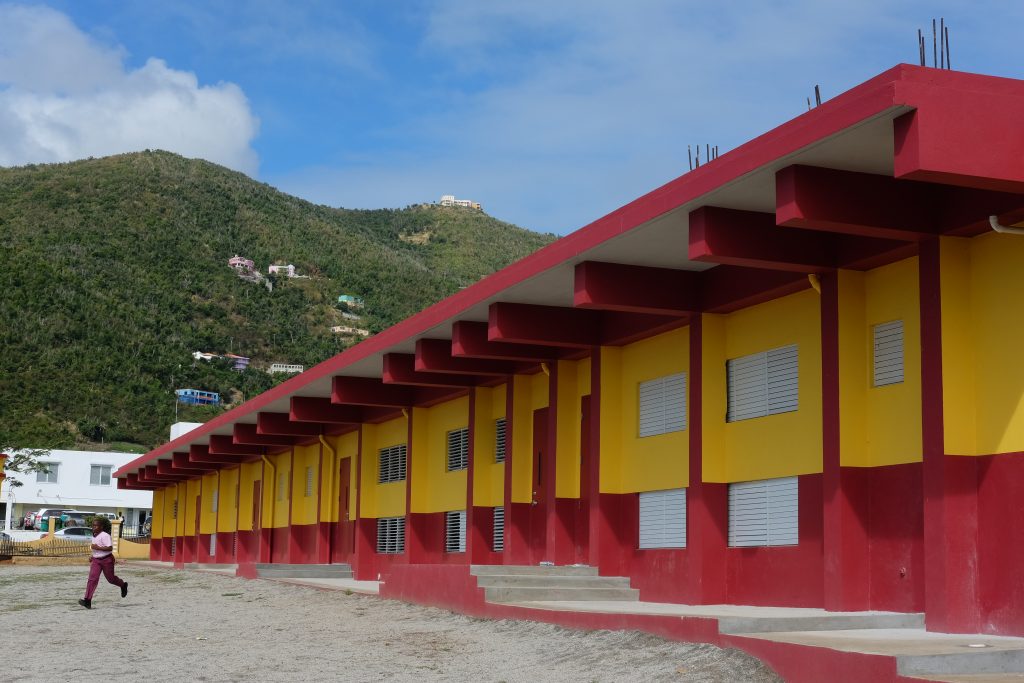 This article originally appeared in the Beacon’s print edition on Feb. 21.

For almost a year and a half, students from Enid Scatliffe Pre-primary School have packed into the classrooms next door at Althea Scatliffe Primary.

Now, not only can they return to their original refurbished school building, but the campus also features a new concrete structure behind it and a covered walkway between both buildings. At a handover ceremony for the new school yesterday morning, government officials thanked the Social Security Board for funding and overseeing the project.

Ian Smith, chairman of the SSB, also briefly described how members of the board met with the Ministry of Education and Culture in October 2017, and decided to fund the rebuilding of the school in its entirety after several months of discussion.

“The Social Security Board must ensure it contributes so cially to maintain a level of social protection to all residents of the British Virgin Islands,” Mr. Smith said. “This socioeconomic investment ensures the students who were displaced and disenfranchised after the hurricane are back in a comfortable, conducive learning environment.”

The restored school also features easy access to classrooms for students, a new location for the principal’s office, and refurbished bathrooms and staff rooms.

Education and Culture Minister Myron Walwyn, who is currently running for re-election with the National Democratic Party, spoke at the ceremony as well.

Of the schools that were deemed unusable after the 2017 hurricanes, Enid Scatliffe is the fourth that has since reopened, Mr. Walwyn reported.

“Immediately following the disasters, we assessed all school buildings and classified them as usable and unusable,” he said. “Using that information we were able to make several appeals for assistance to the business community, private donors and other organizations.”

Mr. Walwyn also praised the assistance the SSB provided to his ministry.

“We owe a debt of gratitude today to the Board for stepping in and taking on the entire project to rebuild the school,” he said. “It is a new and improved environment which will allow more space for the teaching and learning process.”