After launching a formal investigation in April 2019 into the construction of the incomplete perimeter wall around Elmore Stoutt High School, police passed their findings earlier this year to Director …

END_OF_DOCUMENT_TOKEN_TO_BE_REPLACED 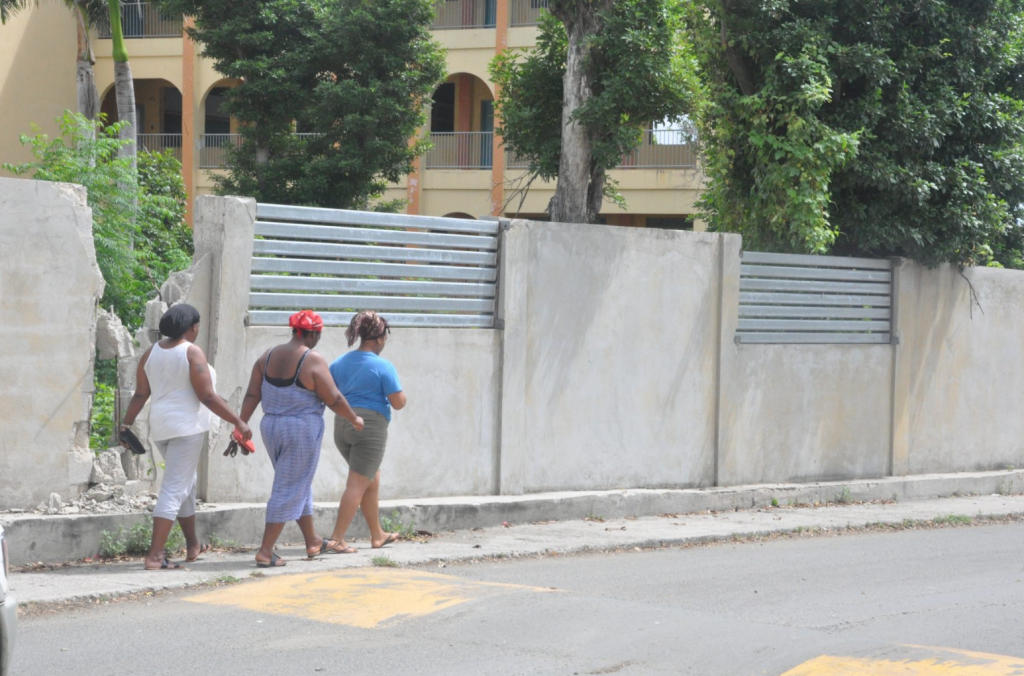 This spring, police submitted the findings of their investigation into the construction of the Elmore Stoutt High School perimeter wall to the director of public prosecutions, who will decide whether the case merits prosecution. (File Photo: FREEMAN ROGERS)

After launching a formal investigation in April 2019 into the construction of the incomplete perimeter wall around Elmore Stoutt High School, police passed their findings earlier this year to Director of Public Prosecutions Tiffany Scatliffe-Esprit, who will decide whether or not to pursue prosecution, Police Commissioner Michael Matthews said.

The police investigation was prompted by a 2018 report by Auditor General Sonia Webster, who harshly criticised some of the practices employed during construction of the wall, which allegedly cost taxpayers more than $1 million.

Now, “the DPP … will give advice on whether the evidence reaches the threshold for a criminal prosecution,” Mr. Matthews said.

Ms. Scatliffe-Esprit did not respond to requests for comment.

The wall project was carried out in 2014and 2015 under the auspices of the Ministry of Education and Culture, which was then headed by MEC Minister Myron Walwyn, who was voted out of office in last year’s elections.

The auditor general’s report alleged that the project — which was split up into more than 60 work orders and 15 petty contracts— violated the Public Finance Management Regulations; was potentially open to “inappropriate political influence into the procurement process;” overspent; and likely failed to obtain good value for taxpayers’ money.

Governor Gus Jaspert said in December 2018 that he had turned the report over to the police, who subsequently launched their investigation.

A previous version of this article used the incorrect prefix for Ms. Scatliffe-Esprit.