Former BVI Airports Authority Chairman Glenn Harrigan wrote a scathing letter to Premier Andrew Fahie this month, claiming that some of Mr. Fahie’s July criticisms of the BVIAA were false …

END_OF_DOCUMENT_TOKEN_TO_BE_REPLACED 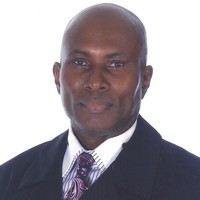 Former BVI Airports Authority Chairman Glenn Harrigan wrote a scathing letter to Premier Andrew Fahie this month, claiming that some of Mr. Fahie’s July criticisms of the BVIAA were false and possibly defamatory.

In mid-July, Mr. Fahie stood in the House of Assembly—where he has immunity from defamation claims—and called the authority a “rabbit hole of mismanagement, deception, profligacy and quite possibly misappropriation of millions of dollars of taxpayers’ money.”

But in an Aug. 14 letter obtained by the Beacon this week, Mr.Harrigan fired back, telling the premier that his description placed undue blame on the BVIAA and in some instances included outright falsehoods.

“The July 16th statement and the ensuing dialogue that now abounds, if not addressed, threatens to defame and smear the good name, reputation and character [that former BVIAA board members] have spent their professional lives developing,” Mr. Harrigan wrote.

In his address to the HOA, Mr. Fahie noted that discussions about refurbishing the runway atTerrance B. Lettsome International Airport resulted in government awarding two loans, for $5 million and $5.5 million, to the BVIAA for completion of the project. Mr. Harrigan, however, claimed that the initial $5 million was given to the BVIAA in early 2018 as a grant, and the BVIAA never received any notice from government that the money would have to be paid back.

“It is reiterated that BVIAA never had any discussion or received any correspondence from the government indicating these funds should be treated as a loan,” he said.

But Mr. Fahie had told a different story. At a June 2019 meeting between the new BVIAA board and BVIAA managers, he claimed, the government’s financial secretary affirmed that both sums were indeed awarded as loans. The premier added that the attending BVIAA managers had attempted to fool the new board and convince them otherwise.

“It was very troubling to learn that when management met with the board in June, attempts were made to pull the wool over their eyes,” Mr. Fahie said, adding, “The attempt to mislead the new board was thwarted by the presence of the financial secretary, who sits as an ex-officio member of the board and who was able to confirm that the authority is obligated to repay these sums.”

Mr. Fahie added that “key pieces of documentation,” including board resolutions concerning the $5 million loan,“cannot be found”—a claim that Mr. Harrigan didn’t directly address in his letter.

As of press time yesterday afternoon, neither Mr. Fahie nor Financial Secretary Glenroy Forbes could be reached for comment.

Mr. Harrigan also disputed Mr. Fahie’s timeline for the first sum issued to the BVIAA. During his July statement,Mr. Fahie suggested that the original sum of $5 million was loaned to the BVIAA prior to the 2017 hurricanes.

Mr. Harrigan refuted this claim. The discussions about the money needed to fix the run way, and the resulting allocation of $5 million, all took place between late 2017 and early 2018, after the hurricanes struck the territory, Mr. Harrigan said.

“The assertion that funds were received in 2017 prior to the hurricanes is also inaccurate,” he added.

Though Messrs. Harrigan and Fahie dispute the terms and timing of the $5 million loan, Mr. Harrigan did, however, acknowledge that the BVIAA used the money to pay for employee salaries and other “operating expenses.”

“The BVIAA received these funds during a time of great financial strain,” he wrote. Income at the BVIAA dropped sharply at the BVIAA after the 2017 hurricanes, which made it difficult to pay for the resulting unexpected repairs. This all compounded the revenue stream lost after American Eagle’s 2013 cancellation of service to the territory, he said. Mr. Harrigan added that an insurance claim was supposed to alleviate this burden, but the settlement has not been recovered yet.
A tricky claim
After the hurricanes passed, the BVIAA’s insurance company, Caribbean Insurers, offered the agency a $9 million settlement, but the BVIAA declined after being advised by“seasoned insurance professionals” to hold out for a maximum of $21 million, Mr.Harrigan explained.
The agency intended to use this money to replenish the runway funds that had been used for other purposes, he wrote.
“This was envisaged to be a temporary situation as it was always the [BVIAA] board’s intention that when the insurance claim was settled, the funds for runway rehabilitation would have been fully replenished,” he explained.
Unbeknownst to the board, Caribbean Insurers’ reinsurer—a Puerto Rican company called Real Legacy, according to Mr. Fahie’s statement—had filed for bankruptcy and was being liquidated, Mr. Harrigan explained. Thus, it would be unable to pay the settlement.
Representatives for Caribbean Insurers could not be reached for comment.
After turning to the United States branch of the international advisory firm Willis Towers Watson, the BVIAA is now waiting to collect $7 million, Mr. Harrigan wrote.
This sum is on top of a $2.2 million advance the BVIAA received in late 2017 from CaribbeanInsurers, the only insurance money it has so far received, according to Mr. Harrigan.
Addressing the HOA, Mr. Fahie said that this advance was used to cover salaries and operational expenses, not repair damages to airport infrastructure. In his response, Mr.Harrigan never clarified how this money was spent.
He also did not address Mr. Fahie’s claim that the BVIAA has not produced audited financial statements from 2014 to the present, “even though it is required that financials be submitted to the central government six months after the end of the previous financial year.”
Hardships
Mr. Harrigan did, however, reiterate several hardships that the BVIAA has been facing: the2013 American Eagle pullout; the2017 hurricanes; a decline in its annual subvention from $4 million to less than $1 million; and declining traffic to Puerto Rico due to high fares.
“It is a testament to the hard work, innovation and commitment of the staff, management and board that the BVIAA was able to maintain operations in the face of such extreme challenges,” he wrote. “Such diligence and dedication should be applauded instead of denigrated.”
ADVERTISEMENT