The recent seaport reopening has come with some “teething pains,” but it has been an overall success, Premier Andrew Fahie said on April 29 in the House of Assembly. Between …

END_OF_DOCUMENT_TOKEN_TO_BE_REPLACED 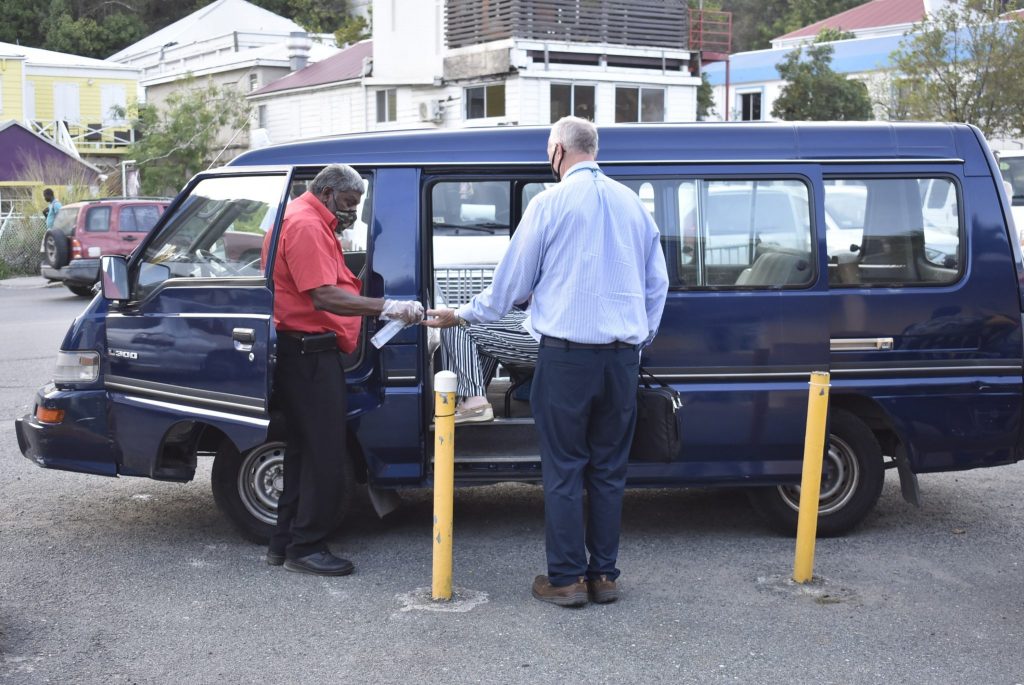 A man gets in a taxi at the Road Town ferry terminal shortly after passenger ferries resumed operations to and from St. Thomas last month. (File photo: JOEY WALDINGER)

The recent seaport reopening has come with some “teething pains,” but it has been an overall success, Premier Andrew Fahie said on April 29 in the House of Assembly.

Between the April 15 reopening and on April 29, 279 visitors and residents came to the Virgin Islands by sea, according to Mr. Fahie.

Before the Road Town ferry terminal reopened, the airport at Beef Island had been the only point of entry for international arrivals since the start of December.

Government originally planned to open both the airports and seaports at the same time, but leaders decided to delay water-based entry.

The seaport reopening date subsequently was bumped three times on short notice. Government initially delayed it to focus on the airport protocols, then again after two tourists tested positive for Covid-19, and then a third time to focus on the territory’s vaccination rollout.

Ferry trips between St. Thomas and the VI finally resumed when the seaports reopened.

“Since then, daily we are seeing an increase in the number of persons returning and visiting our shores via the ferries with international travel,” Mr. Fahie said.

He added that government is reviewing the possibility of increasing the number of daily ferry trips and passengers allowed per vessel.

Some megayachts have visited since the reopening as well, he said. A help desk at the United States VI ferry terminal in Charlotte Amalie is being established to assist VI-bound travellers, Mr. Fahie added.

The seaports will be open for residents returning from daytrips as well, according to the premier.

Health and Social Development Minister Carvin Malone announced last month that fully vaccinated people who have spent at least two consecutive weeks in the territory will not have to take a Covid-19 test or quarantine upon their return from day trips to the United States VI, St. Maarten and Puerto Rico.

Mr. Fahie said on April 29 that the economy is benefitting from the gradual reopening efforts, but he urged community members not to become complacent in following safety guidelines.

“By doing this, it gives us a credible chance to save lives, reboot our economy, [and shift] us into full throttle overdrive,” he said.

He also thanked the BVI Ports Authority staff for their efforts in facilitating the seaport reopening.