Despite media organisations abroad strongly opposing parts of a cybercrime bill that awaits Governor Gus Jaspert’s assent, Premier Andrew Fahie doubled down on his support for the legislation this week. …

END_OF_DOCUMENT_TOKEN_TO_BE_REPLACED 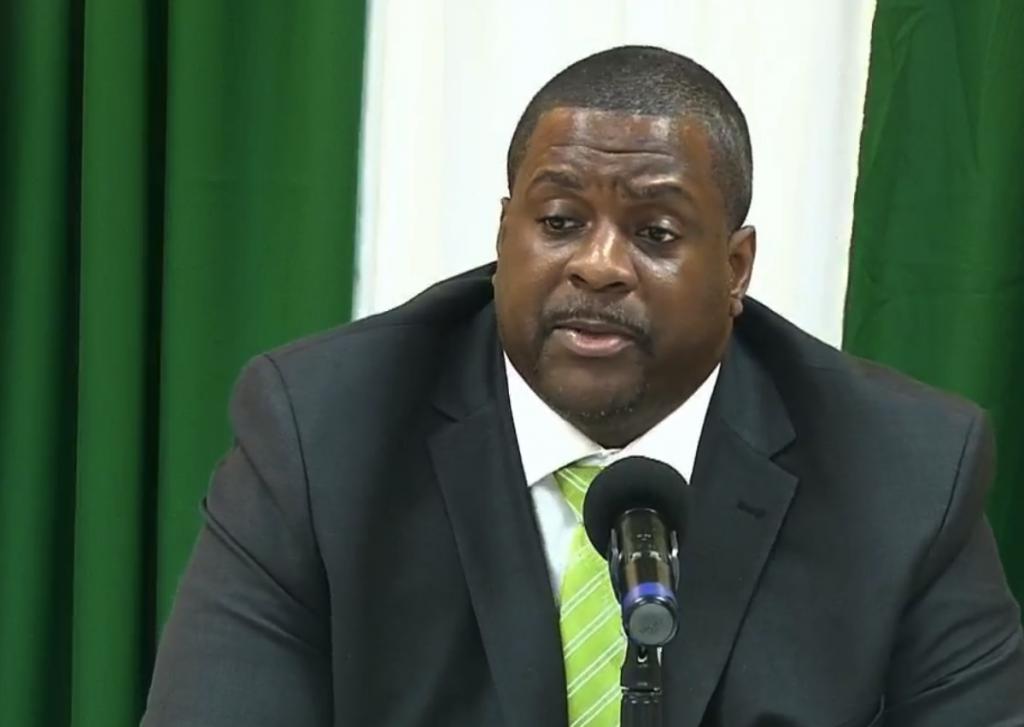 Despite media organisations abroad strongly opposing parts of a cybercrime bill that awaits Governor Gus Jaspert’s assent, Premier Andrew Fahie doubled down on his support for the legislation this week.

“I am confident that the most democratic process has taken place through the cybercrime amendment act, and it should be assented to,” Mr. Fahie said Monday at the end of a press conference held to announce Sixth District Representative Alvera Maduro-Caines’ conversion to the Virgin Islands Party.

Mr. Fahie repeated legislators’ previous claims that the bill — a series of amendments to the Computer Misuse and Cybercrime Act 2014 — would help curtail nefarious online behaviour, including bullying, character assassination and blackmail.

But four international media organisations have strongly criticised portions of the proposed law, which they believe would stifle free speech and hinder the media from doing its job. Of particular concern, they say, are a provision criminalising electronic defamation and a clause that could punish anyone who sends a “grossly offensive” email or text message with up to 14 years in prison and a fine of up to $500,000.

The VI bill is largely identical to an early draft of a 2013 Grenada law, which faced similar condemnation for impeding free speech and was revised accordingly before taking effect in 2016.

In the midst of criticism from abroad, the Virgin Islands House of Assembly passed the cybercrime bill in October. However, it will not take effect until Mr. Jaspert assents, and the governor said last month that he was awaiting a response after writing to the premier to express “concerns” about the bill.

Now Mr. Fahie has responded, and he suggested on Monday that his government is not inclined to revisit the legislation.

“I will be checking when the cybercrime act amendment is assented to, because it is needed now more than ever,” Mr. Fahie said as he lamented what he saw as an uptick in digital crime among young people.

Maria Mays, the Governor’s Office policy officer, confirmed Tuesday that the governor “has just received a response from the premier and is considering the matter carefully.”

The premier also insisted on Monday that the bill had been carefully vetted, starting when the National Security Council recommended sending it to the United Kingdom government for review.

When it returned from the UK, the VI Cabinet approved it and sent it to the HOA, where it saw its first reading and was subsequently released to the public, the premier said.

On second reading, he explained, House members held a full debate and sent it to a special select committee.

When the select committee returned with a report, the premier added, he was surprised.

“It was the first time that the select committee sent a report back to the House,” Mr. Fahie said, making a claim the Beacon was unable to immediately verify. “Normally that is called the graveyard of bills, the special select committee: … Nothing comes out. It came out. And when it came out, it was such a shock to the House.”

On the third reading, he said, House members unanimously approved it.

“Now you tell me that this was the most ventilated bill in the history of the Virgin Islands: … What could possibly pop up that should have been seen before by any entity, even those who had concerns?” he asked.

Press organisations, however, started criticising the bill at least two months before it was passed by the HOA.

One of their top concerns stems from the criminalisation of electronic defamation, which the bill would punish with up to three years in prison and a $100,000 fine.

“The experience that we have from seeing these laws in action across the world shows that criminalising offences like defamation fosters a climate of fear and self-censorship and intimidation that discourages journalists from tackling sensitive stories and stories that could potentially upset the people who are being written about,” Daphne Pellegrino, a representative from Reporters Without Borders, previously told the Beacon.

She added that the United Nations and other international bodies oppose criminalising defamation.

Reporters Without Borders later wrote the governor and released a public statement criticising the law, as did the Vienna-based International Press Institute.

“If given final assent, these proposed amendments would send a shiver down the spines of journalists working in the British Virgin Islands,” IPI Director of Advocacy Ravi Prasad said in an open letter calling for greater protection of free speech in the cybercrime bill. “Governments around the world are currently using these kinds of insult and cybercrime laws to prosecute reporters and silence independent media. If the BVI leaves this possibility open to current or future administrations, it has the potential to create a chilling effect on the territory’s journalists.”

Media organisations also took issue with section 14A of the VI bill, which criminalises “sending offensive messages through a computer.”

The provision — which carries penalties up to 14 years in prison and a fine of up to $500,000 — specifically prohibits sending any electronic message that is “grossly offensive or has menacing character” or that is sent “for the purpose of causing annoyance or inconvenience.”

Mr. Prasad previously expressed concern that the law does not define these terms or explain how to determine if a message have caused harm.

“The decision to prosecute journalists and columnists based on arbitrary definitions decided by policymakers and politicians is extremely detrimental to press freedom,” Mr. Prasad said.

Wesley Gibbings, a Trinidadian press freedom advocate and former president of the Association of Caribbean Media Works, also noted previously that Section 14A of the bill penalises not just the creator of illegal content, but anyone who sends or forwards it.

Journalists in particular might be liable for conviction if they receive such “offensive” content from a source and send it to an editor or to another source for comment, he explained. “Literally, it means that journalists can be prosecuted and be found guilty for sending by means of a computer” the types of information laid out in the bill, he said. “So obviously the bill is highly problematic.”

The premier, however, downplayed such concerns on Monday.

“That bill needs to be assented to because while we are playing games, young people’s lives are being destroyed,” Mr. Fahie said, noting that offensive videos remain in circulation as the legislation awaits approval.

Mr. Fahie later retracted his use of the word “games” to describe pushback on the bill.

“So, yes, some concerns have been made, and I respect the freedom of the media, but at the same time, research has shown that the media has to be held accountable for some of what it prints. It’s not saying the media cannot print. It’s saying if the media, or anybody, disseminates incorrect information, the fine will be high.”

Without directly addressing the concerns about criminal defamation itself, Mr. Fahie explained that the proposed fines are unusually high because of the potential to harm a person’s reputation online.

Two of the controversial sections of the VI’s cybercrime bill are nearly identical to clauses that were struck from a proposed law in Grenada years ago after an international outcry from free-speech groups.

The originally proposed version of Grenada’s 2013 Electronic Crimes Act would have punished “sending offensive messages through communication services” with up to one year in prison, and it would have given police broad powers to make arrests without a warrant.

However, those provisions never took effect.

Before the bill was brought into force in 2016, the Grenada Parliament withdrew the two clauses in early 2014 in response to pressure from groups including the IPI and the Association of Caribbean Media Workers — two of the same groups that are now criticising the VI bill, which appears to have been copied largely from the original Grenada version that never became law.

Section 14A in the VI bill is a near-verbatim copy of the “offensive messages” clause removed from the Grenada bill — apart from the proposed penalties, which are much more severe in the VI version.

Additionally, section 14P mirrors Section 25 of the original Grenada bill, which would have allowed a police officer to arrest someone “reasonably suspected” of violating the act without a warrant — another provision that was struck down in Grenada before the law took effect.

Several other provisions in the VI bill also closely mirror the Grenada law, including sections criminalising electronic forgery, electronic fraud, spoofing and violation of privacy, as well as clauses regulating the disclosure of data, privacy, and search and seizure.

The Grenada connection is not unique to the cybercrime bill. Newly proposed VI laws governing electronic transactions are also nearly identical to other Grenada legislation passed in recent years.

The premier, however, concluded his remarks on Monday by reaffirming his confidence in the cybercrime bill and apologising for “venting” about the difficulty of getting it passed.