Local News > Fahie was probed, but never charged, 20 years ago

Fahie was probed, but never charged, 20 years ago

Twenty years before former premier Andrew Fahie was arrested in Miami last Thursday, he and his wife were subjects of an investigation into a purported fraud connected to the construction …

END_OF_DOCUMENT_TOKEN_TO_BE_REPLACED 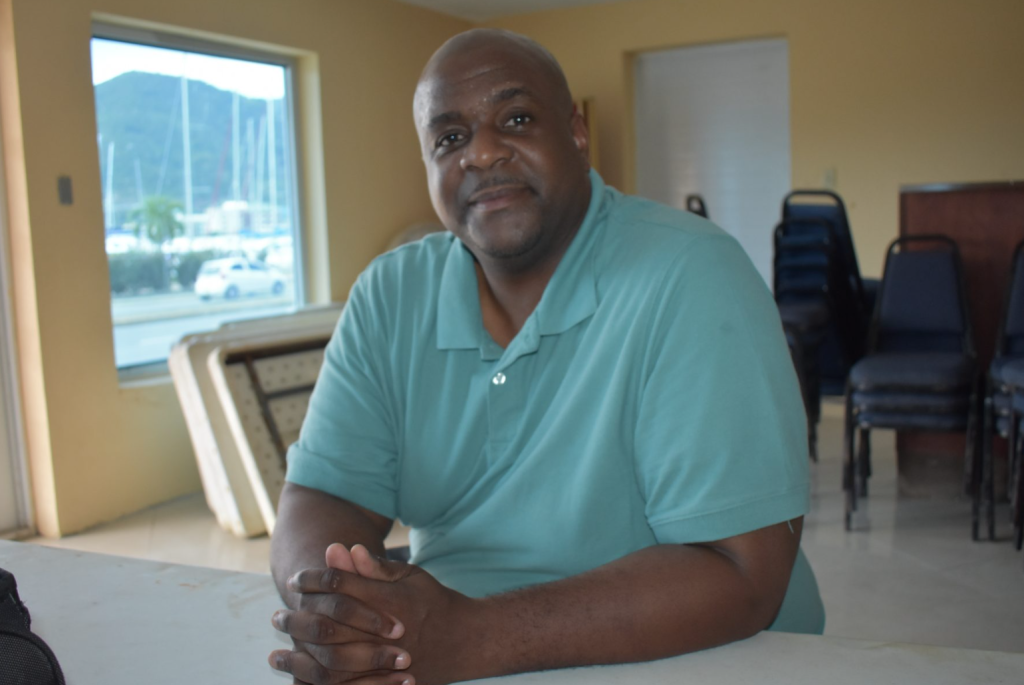 During an interview ahead of the 2019 elections (above), former premier Andrew Fahie told the Beacon that a 2003 investigation into his financial dealings was the result of political warfare. The Virgin Islands attorney general, however, alleged in the early 2000s that Mr. Fahie may have orchestrated the transfer of illegal funds, and that he and his wife may have used human couriers and wire transfers to collect “proceeds of crime” in Miami. (File Photo: CLAIRE SHEFCHIK)

Twenty years before former premier Andrew Fahie was arrested in Miami last Thursday, he and his wife were subjects of an investigation into a purported fraud connected to the construction of the Terrance B. Lettsome International Airport, according to United States court records.

They were never charged, and in the past Mr. Fahie has repeatedly denied wrongdoing and insisted that the allegations were politically motivated.

But when former Attorney General Cherno Jallow requested requested US assistance in the investigation in August 2003, he described an alleged scheme in which Mr. Fahie helped transfer the “proceeds of crime” from one bank account to another, received funds from that account, and later transported money to the United States using human cargo and wire transfers.

The allegations were summarised in the August 2003 request from the AG’s Chambers.

The request and attached documents, including the case summary, are included in US court records from that time.

The case summary alleged that Mr. Fahie in May 2001 asked a company “formed solely” for an airport communications contract to make a $70,000 cheque payable to another company called ADD Services.

On May 28, 2001, the cheque was deposited into an account held by ADD Services, which that day withdrew $20,000 that was handed back to Mr. Fahie, according to the case summary.

By the end of June 2001, “two further amounts of $10,000” were withdrawn from the ADD Services account, money that the company then gave to Mr. Fahie, the AG alleged.

In February 2002, Mr. Fahie arranged for $50,000 to be paid by his wife, Sheila Fahie, to ADD’s sister company, according to the AG’s summary. “[Police] made initial arrests on this matter” in April 2002, Mr. Jallow wrote, alleging that “during the investigation [Mr. Fahie] conspired with … ADD officials to lie to the investigators about their financial dealings.”

The document doesn’t state whether Mr. Fahie was ever detained.

Around that month, Mr. Fahie also enlisted four people to each carry $9,000 to Miami, where he collected the cash, according to the summary.

Mr. Jallow further alleged that in June 2002, Mr. Fahie gave $27,000 to three people traveling to Florida, who then handed the money over to him in a Miami hotel.

The AG also claimed that the Fahies received money sent through Western Union in Road Town on several occasions throughout March and April 2002.

According to the case summary, “[Mr. Fahie] and [his wife] are believed to have collected the cash in Miami together. It is believed that the manner of the transfer and couriering of the funds suggest that these are the proceeds of crime.”

As a result of the investigation, Mr. Jallow asked the US to help examine a North Carolina bank account “and any other accounts connected or concerned with [Mr. Fahie] or [Ms. Fahie],” according to the request.

The attorney general also asked the US to obtain records of “all transactions in relation to the transfer of money between any person from Road Town … to or for the benefit of [Mr. Fahie] and or [Ms. Fahie] … using Western Union.”

Additionally, he asked for a United Kingdom police officer attached to the Federal Bureau of Investigation “to be present during this investigation.” After receiving the AG’s request, the United States appointed Assistant Attorney for the Western District of North Carolina James Sullivan as a commissioner to collect evidence and otherwise assist in the investigation, according to a September 2003 order filed in that court.

The pair were never charged, and Mr. Fahie has always maintained their innocence, casting the investigation as a political hit-job by the National Democratic Party.

Asked about the VI’s request ahead of the 2019 elections, Mr. Fahie told the Beacon, “This, coming into the elections of 2003, was a project I did not have anything to do with, and the aim was to destroy me politically.”

Ms. Fahie and her husband’s attorney could not be reached for comment.

Update: This article has been updated to include new information.