Andrew Fahie is still getting paid as first district representative

END_OF_DOCUMENT_TOKEN_TO_BE_REPLACED 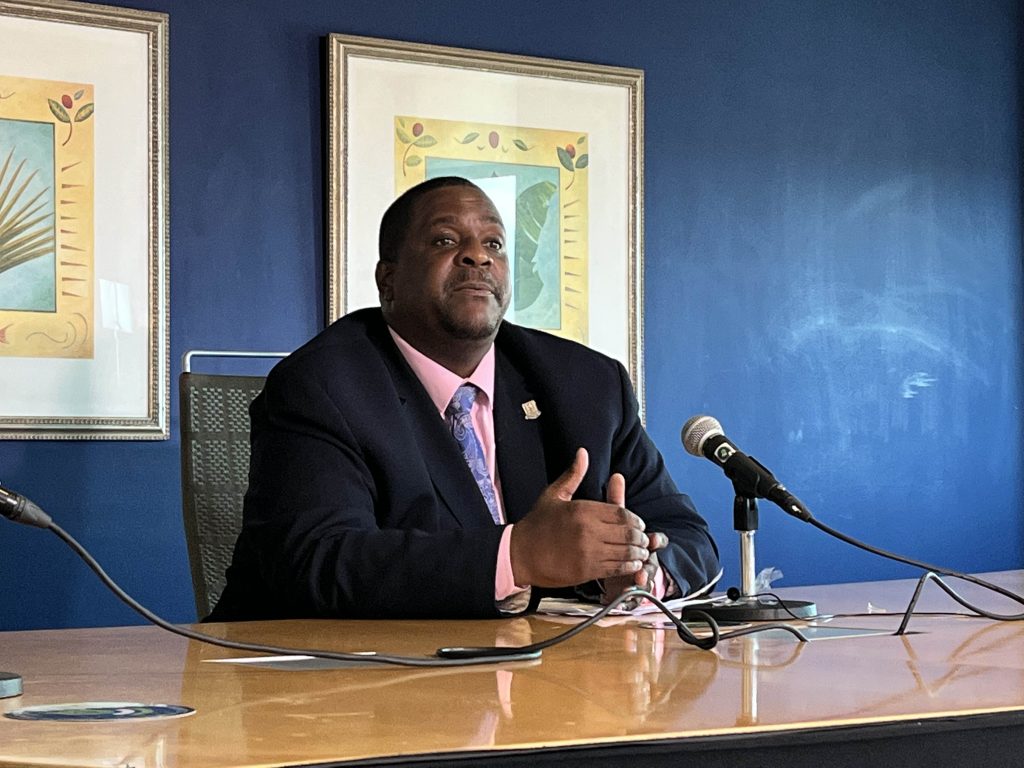 Former premier Andrew Fahie is still getting paid as the First District representative even though he is in the United States facing charges of conspiring to import cocaine and to launder money, Premier Dr. Natalio “Sowande” Wheatley said during a press conference on Friday.

Asked if Mr. Fahie would attend meetings virtually if he’s released from custody on bond, Dr. Wheatley said he believes the former premier should focus on his defence in his criminal case.

“He has a difficult case and task ahead of him, and that’s where his focus should be,” the premier said.
He added that at-large representative Carvin Malone “will be paying particular attention to the First District constituency to make sure that their voice is being heard.”

Though Mr. Fahie retains his seat as District One representative, his appointments as premier and minister of finance were revoked following a May 5 no-confidence resolution in the HOA.

Asked during a May 13 press conference if any plans were in place to remove Mr. Fahie from office entirely, Dr. Wheatley said that the matter would be up to the governor.

The Governor’s Office, however, had previously referred questions about Mr. Fahie’s appointment to Dr. Wheatley’s government.