Premier Andrew Fahie vowed on Friday to get the West End port facility open to international ferries by Aug. 1, describing the situation during a House of Assembly sitting as …

END_OF_DOCUMENT_TOKEN_TO_BE_REPLACED 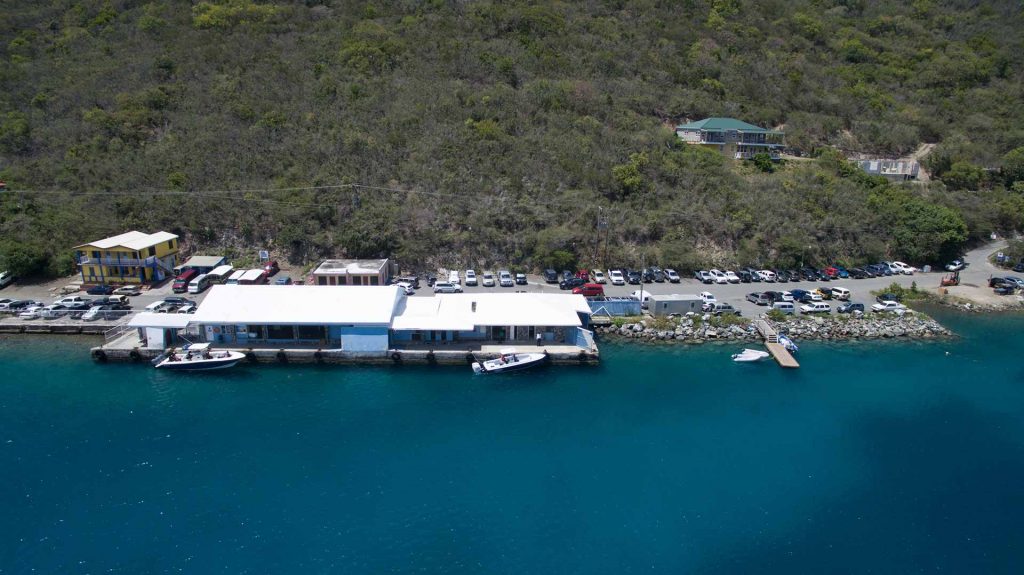 In West End, HM Customs is currently housed in a donated temporary structure, which Premier Andrew Fahie says will be “enhanced” to accommodate international ferries by Aug. 1. (Photo: GIS)

Premier Andrew Fahie vowed on Friday to get the West End port facility open to international ferries by Aug. 1, describing the situation during a House of Assembly sitting as “a matter of national urgency” that is causing the territory to miss out an estimated $1 million per year in revenue.

“In an effort to regularise departures and arrivals into the territory and to maximise revenue potential, it is important to insure that the West End port becomes fully operational,” he said.

He explained that he has been in discussions with the Recovery and Development Agency and the BVI Ports Authority to spend $200,000 giving the existing temporary structures an “enhancement.”

These measures are set to include a trailer with restrooms, a septic treatment plant, a generator, and “structures to facilitate the covering for the walkway, seating area, and area for ticketing agents,” according to the premier.

The road leading to the port has already been repaved in preparation for the opening, he said.

The approaching August Emancipation Festival, followed by the beginning of tourism season, underscores the urgency of opening the facility, he added.

“Coupled with the efficiency and convenience of our people travelling to the [United States Virgin Islands] from the West End port, the government will not allow this untenable situation to continue.”

In 2017, he said, the territory took in $959,395 from the 55,174 passengers who passed through the West End port. That figure plummeted to an estimated $10,000 after the terminal was destroyed in Hurricane Irma and subsequently reopened only to private vessels.

The premier said if the previous government had worked faster, the cost savings on reopening the port would have been “significant.”

“Based on my understanding, there was no vigilant plan in place for the restoration of this critical West End port facility,” he said. “As such, for the 18 months after the hurricane there were at least three different half-thought-out plans for the West End facility that included a tent, a trailer and a wooden structure, each at different stages.”

He added that the territory is “ now perishing due to the lack of vision and planning.”

With a fully functional port, vendors, taxi services and other businesses will thrive, he said, adding, “This will allow for the potential of more jobs and for our people to regain their dignity.”

The previous government missed both its announced deadlines of October 2018 and January 2019 for reopening the port.

Early last month, the government and the RDA held a community meeting in West End to gather feedback on the building of a proposed 27,000-square-foot permanent port structure. Plans are still being formulated.