More than a year has passed since the Virgin Islands was rocked by reports on a slew of leaked trust firm documents that are now known as the Panama Papers, …

END_OF_DOCUMENT_TOKEN_TO_BE_REPLACED 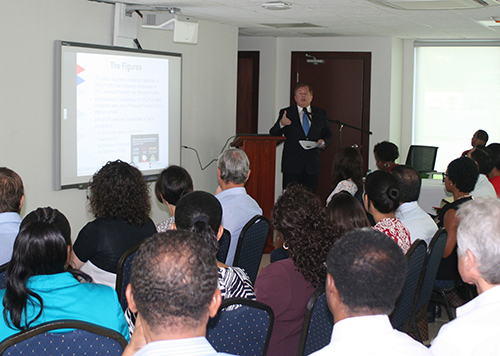 More than a year has passed since the Virgin Islands was rocked by reports on a slew of leaked trust firm documents that are now known as the Panama Papers, and the territory is still feeling the after-effects of those reports.

According to Mr. Kenney, who specialises in multi-jurisdictional asset recovery cases, much of the reporting on the Panama Papers — which were leaked from the Panama-based trust firm Mossack Fonseca — was legitimate investigative journalism that rooted out corruption in places like Iceland, Spain and Armenia.

However, Mr. Kenney also said that the Panama Papers were unfairly politicised by governments and organisations critical of the offshore industry.

“There are some stories that came from this that were in the public interest, which were good to have aired,” Mr. Kenney stated. “But the criticism of the ‘one percent’ became a huge theme in the story globally. … The premise is: Saving money on your taxes lawfully because you’re successful or wealthy or want to accumulate wealth and employ people and reinvest in the market — for political reasons, that’s a social bad.”

The fact that the Panama Papers amplified such perceptions caused significant damage to the territory’s reputation, negatively impacting its economy as a result, Mr. Kenney added.

Ms. Liburd said one of the biggest impacts felt was in the banking sector, where trust firms with ties to Panama have had increasing difficulties in obtaining services from local banks.

Indeed, last July the Beacon obtained documents showing that at least 10 trust companies with ties to Panama were having their accounts closed by CIBC FirstCaribbean International Bank.

“We were all profiled and put in the same bucket as [Mossack Fonseca],” Ms. Liburd said.

She added that her firm was able to find another bank, but that regulatory requirements for all trust firms — not just ones with links to Panama — are becoming more stringent.

Firms shouldn’t just do the barebones “know your client” checks, she explained.

“When I say proper KYC, I don’t mean just checking passports and reference letters,” she said. “It’s about what we know about the [corporate] structures.”