Sasha Stoutt was surprised at what she found when she began her position as director of Family Support Network in January. Now, more than a year after Hurricane Irma, “life …

END_OF_DOCUMENT_TOKEN_TO_BE_REPLACED 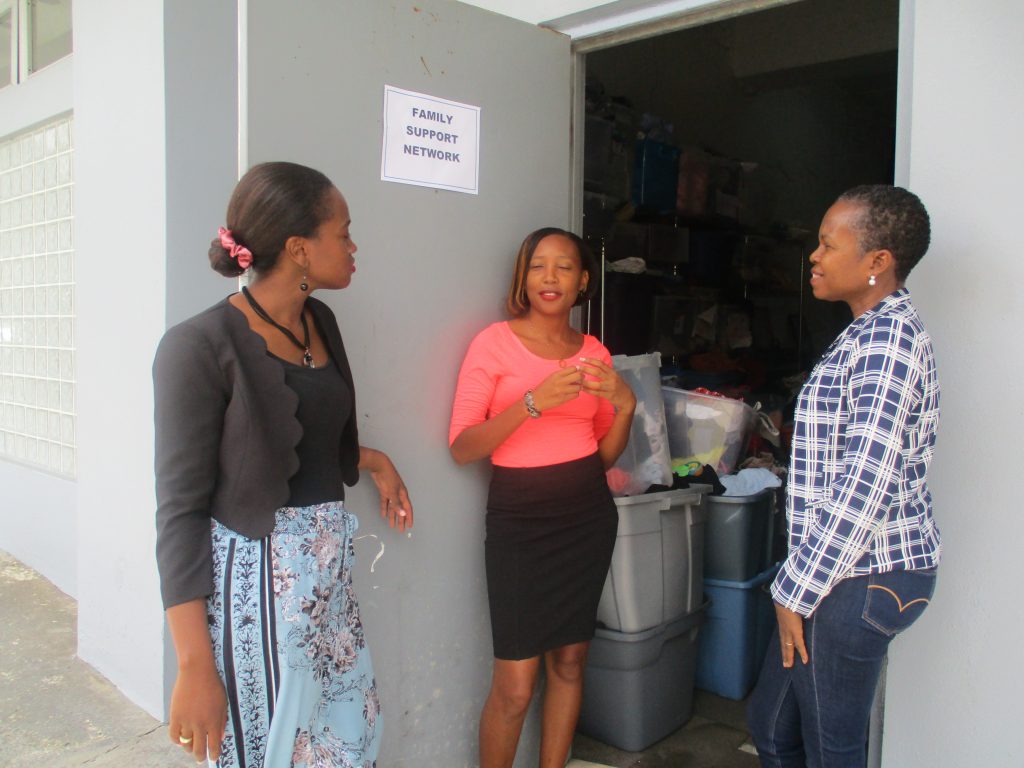 Sasha Stoutt was surprised at what she found when she began her position as director of Family Support Network in January.

Now, more than a year after Hurricane Irma, “life is back to a new normal, but a lot of people are still really struggling,” she said.

Even as the Virgin Islands rebuilds, the director explained, a new combination of economic and social pressures has created a perfect storm of need, leaving FSN staff, donors and volunteers scrambling to provide a safety net.

“A lot of people are trying to fix their place, so more expenses are coming out,” Ms. Stoutt said. “Landlords have been telling tenants find somewhere else to go, but people can’t find anywhere else. Rent has been jacked up.”

July and August saw a particularly large spike in evictions, according to the director.

“Over the August Festival weekend, we had to find space for a family of five, trying to figure out where to send them,” she said.

All in all, the organisation served 300 new clients from January through August, and distributed enough food to feed 6,283 people, according to its statistics.

Clients sort through donated goods stored in the cramped office the organisation now occupies next to Aeropost on Main Street. In that space, which is provided by Harneys, Ms. Stoutt was hard at work when this reporter visited last month, along with FSN administrative manager Wendy Charles and administrative assistant Deidra Massicot.

The organisation’s previous building on Main Street took heavy damage in the storm and is being repaired, they explained.

They may move back there eventually, or find a new space. “It’s one of three options we’re considering,” Ms. Stoutt said.

Either way, the current office is bursting at the seams.

In addition, with homelessness apparently on the rise, the gaps in the VI’s social support network are becoming clear.

Although it’s not FSN’s primary task to help people find housing, the organisation has made exceptions, including in the case of a woman suffering from hypertension, who also had a premature infant.

“She had been paying rent, and we subsidise part of her room in a hotel,” Ms. Stoutt explained.

Economic struggles can also add stress to relationships. Since January, Ms. Stoutt and her staff have facilitated 17 protection orders for survivors of domestic violence, and they are now observing Domestic Violence Awareness Month, which started Monday.

“The victims are kids as well,” Ms. Stoutt said. “The reality is they’re going to grow up, and we want to give them an idea of what a healthy relationship looks like.”

Although emergency shelters have housed a dwindling number of residents since Irma, FSN staffers lament the lack of a shelter for those evicted or who are suddenly made homeless for other reasons. Some sort of consumer protection or rent stabilisation would also be welcome, Ms. Stoutt explained.

“Our hope is that government would start stepping in and doing what they need to do. We know they have a lot on their plate, and that Irma and Maria have done a lot of damage,” she added. “But in terms of serving the people and the community aspects and social aspects, those need to be focused on. We need to be more vigilant.”

Alongside the housing shortages, many residents are still struggling to find and keep sufficient employment.

“These are people who have jobs; some of them work in the hospital,” Ms. Stoutt said. “But the reality is when your paycheque is half of what it was, you still have electricity and a family to feed.”

Contrary to a popular belief, she added, FSN clients are not predominantly expatriates: She estimates that a little more than half of them were born and raised in the VI.

For those clients, family is often a strong source of support, but even those relationships are seeing more strain these days.

“I think when things are extremely strained it becomes harder to rely on family,” Ms. Stoutt said. “It’s hard to give someone a life raft when you’re barely surviving.”

The director added that some expatriates who didn’t leave after Irma may still choose to go.

Immigration Department manifests suggest that the population dropped by some 4,000 people after the storm, Central Statistics Office Director Raymond Phillips told the Standing Finance Committee in the spring.

“Their jobs aren’t paying what they wanted,” Ms. Stoutt said. “Tourist season is coming up, and they’re waiting to see what happens.”

The organisation has been receiving monetary donations, but donations of food have slowed a little, “which we all at- tribute to everyone settling in and trying to fix their own stuff,” Ms. Stoutt said.

Often she finds herself trying to correct misconceptions about the struggles facing residents.

“People think, oh, there’s no poor in Tortola; there’s no homeless,” she said. “But the reality is that there are: They just hide it a little bit more.”