After finishing third overall and besting some of the pros in the April 14 KPMG Tortola Torture, Julius Farley wasn’t sure what to expect or how his legs would hold …

END_OF_DOCUMENT_TOKEN_TO_BE_REPLACED 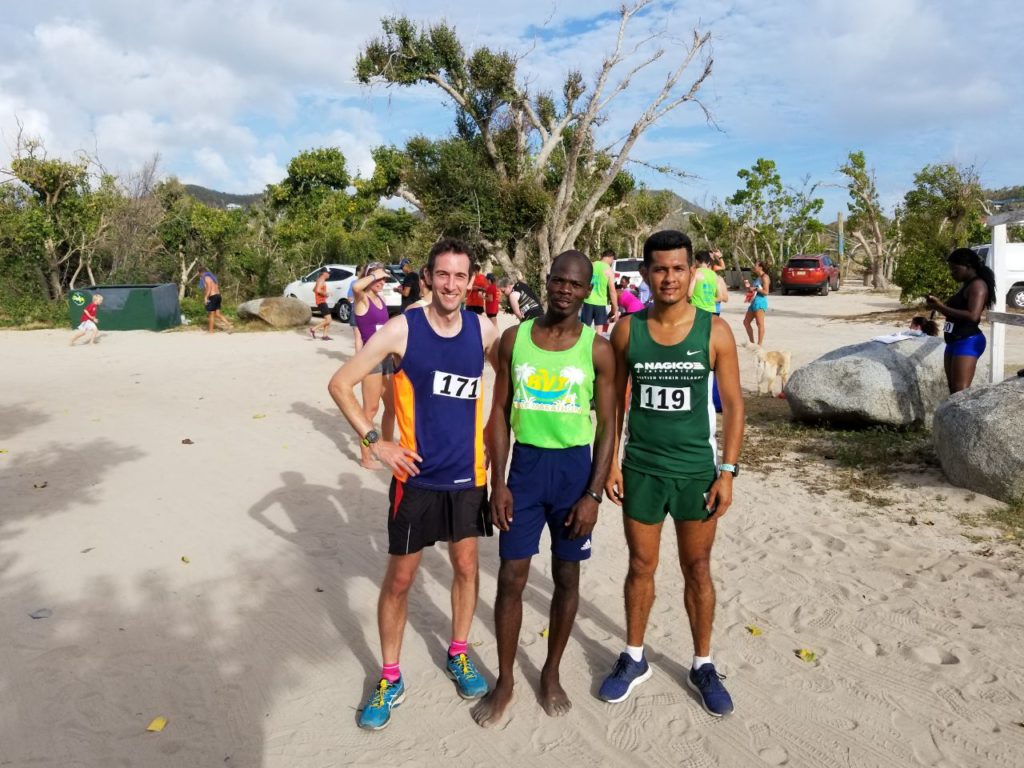 After finishing third overall and besting some of the pros in the April 14 KPMG Tortola Torture, Julius Farley wasn’t sure what to expect or how his legs would hold up during Saturday’s  Hauteville 5k series on Beef Island, which attracted 47 competitors.

Mr. Farley, who won the  Hauteville 5k Series opener in Road Town, skipped the second race in Carrot Bay to focus on the KPMG Tortola Torture.

During Saturday’s race, Mr. Farley broke away from Reuben Stoby to win the Beef Island race in 18 minutes and 18 seconds, while Mr. Stoby finished seven seconds in arrears.

“I just came to get a run in and see how my ankle would hold out, because after the Tortola Torture I wasn’t able to run until today,” Mr. Farley said. “I felt it during the race, especially my groin and my ankle.”

The race started at Long Bay Beach on Beef Island, to the airport and down to Little Mountain before heading over a slight climb, then returning to the beach and running at the water’s edge to the finish. Mr. Farley said he made his move over Mr. Stoby during the latter stage of the race.

“I knew I couldn’t allow him to get ahead of me,” he said. “So I made my move after the turn to head towards the finish. I wasn’t looking for any particular time. The win was important, because it put me one up on Clif [Struiken] (who won the second race, but didn’t compete on Saturday). He’s coming back for the final two races, so it will be very competitive.”

Women’s winner Katrina Lindsay had a busy day. Following the race, she headed into town to run the 800-meters in the Dag Samuels Development Series.

“I was pretty tired coming out of a busy week at work and I knew the 800 metres, which is always a tough race, so I didn’t want to leave everything on the 5k course,” said Ms. Lindsay, who let Kim Struiken set the pace before making her move. “I was able to relax and enjoy the race.”

Ms. Lindsay, who anchored her team with a 10-mile leg during the KPMG Tortola Torture, said she felt good running last week and was hoping to go out and run well on Saturday.

“I wasn’t sure if I’d have any fatigue still in my legs from last week, but that didn’t seem to be a problem,” she said.