The 5,022 unemployment grants awarded under the government’s economic stimulus package averaged about $1,100, but some residents who were employed full-time throughout the pandemic received as much as $22,500 through …

END_OF_DOCUMENT_TOKEN_TO_BE_REPLACED 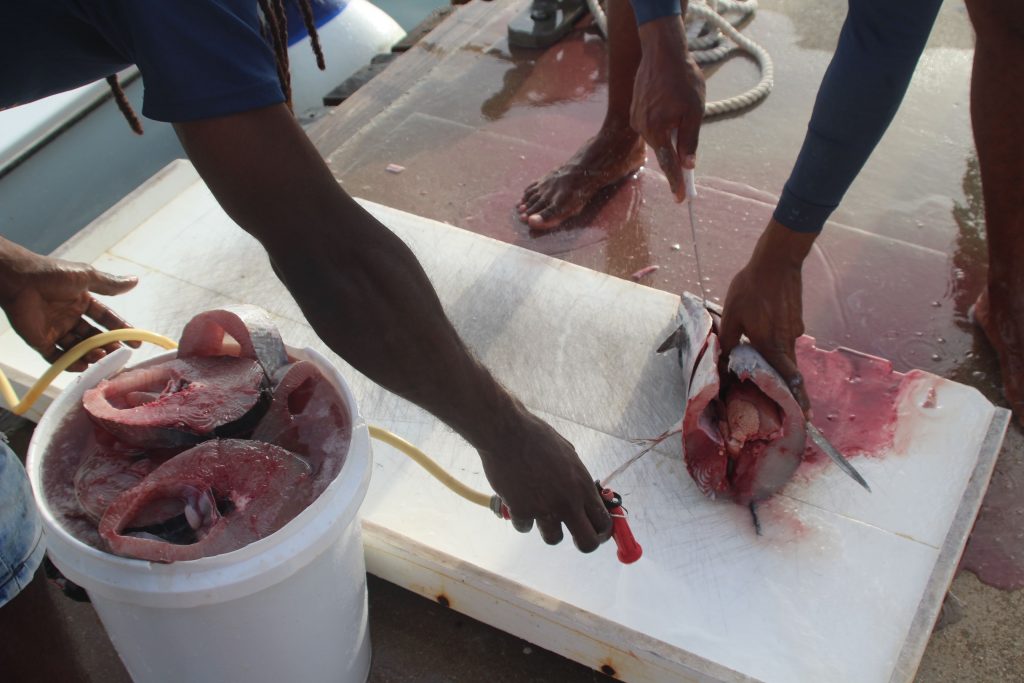 The 5,022 unemployment grants awarded under the government’s economic stimulus package averaged about $1,100, but some residents who were employed full-time throughout the pandemic received as much as $22,500 through another stimulus prong for farmers and fishers, according to two lists recently circulated via WhatsApp after Premier Andrew Fahie provided them to Opposition Leader Marlon Penn last month in the House of Assembly.

“The unemployment formula was one done by the Social Security Board,” he said during a press conference. “The fishermen and farmers grant was different in that … they were to put down their needs. … If you look at it in terms of the criteria that was requested for each, that’s what caused the variance.”

Mr. Fahie — who has repeatedly pledged to be transparent with stimulus spending — also said the leak of the lists was “being investigated,” and added that they shouldn’t have been made public in the first place.

The lists, which were circulating by May 12, include names of people who reportedly received grants totalling $4,655,000 for farming and fishing initiatives.

On May 13, however, Mr. Fahie fired back on Facebook, criticising the lists as “inaccurate and incomplete” and providing a district-by-district breakdown of a total of $6,198,500 he said had been disbursed to farmers and fishers through the programme.

“The authenticity of this list is being examined as discrepancies have already been identified by the requisite authorities, which raises a major red flag,” he wrote on Facebook at the time. “Upon completion of the review of this entire matter, further information will be made available.”

No comprehensive update has been provided since then, but Mr. Fahie admitted during a press conference last Thursday that he himself passed the lists to Mr. Penn in the HOA after Mr. Penn asked for a full accounting of the programme’s spending on April 22.

The lists — which the HOA didn’t provide to the media — include 367 entries, most of which state a stimulus dollar amount next to a name.

The list includes full-time public officers from agencies including National Health Insurance, the BVI Ports Authority, the Water and Sewerage Department, and others.

Mr. Penn confirmed that the lists were the same ones provided to him in the HOA in April, but the premier complained last week that they shouldn’t have been shared with the public.

He said some of the information on the list is valid, but that his government “cannot be held responsible for the list that is being circulated because it’s not an official list.”

Mr. Fahie added, however, that he wasn’t alleging that Mr. Penn leaked the list.

Some farmers found out through the leak whether or not they received any grant money, including Jahnai Caul, owner of Caul Greens Agribusiness on Virgin Gorda.

“Here we have some stimuluses and you can say the list is inaccurate, but at the end of the day, next to my name it says zero and that’s how I found out I have zero,” he told JTV on May 13. “I am struggling too right now. I’m committed as a full-time farmer. I left my previous job and I committed to my vision as a farmer and environmentalist.”

The Bregado Flax Educational Centre graduate said he reached out to government several times but got no response.

“I want [the government] to focus on and empower young farmers,” he added. “We have a group of us rising. Give us the [$20,000] cheque because our mission is to empower our young people through farming.”

Mr. Fahie has not explained who was responsible for accepting or rejecting applications, but guidelines published last year stated that each applicant had to be a belonger, naturalised citizen or permanent resident.

The premier said last Thursday that grants were disbursed according to each applicant’s needs, although the lists don’t include any breakdown of the requests or how the recipients plan to spend the money.

“All the persons that received that grant received a letter stating to them very clearly that you must be able to account for every dime that you receive,” Mr. Fahie said. “[The money] has hit as targeted.”

He didn’t explain any enforcement mechanism or note any penalty for farmers and fishers who don’t use the money as they proposed.

Last week on NDP Radio, Mr. Penn questioned why the farmers and fishers stimulus was administered through the Premier’s Office instead of the Department of Agriculture and Fisheries.

He also expressed concerns that the process and criteria outlined for the grants were not being followed.

‘Not the right way’

Farmer Aragorn Dick-Read was named twice on the lists, but he said he didn’t receive two cheques as listed.

“I didn’t get two,” he said on May 18. “They called and said, ‘You have a cheque here waiting for you.’ They didn’t say how much, but I was pleasantly surprised.”

Though Mr. Dick-Read declined to disclose the amount he received, he said the cheque is already helping him. At Good Moon Farm, he said, he has used some of the money to build retaining walls.

The premier also stated that the stimulus was implemented to help with food security and food production.

But Mr. Dick-Read said that if the government were serious about food stability, it “would take a different approach.”

“It’s not the right way to grow agriculture,” he said. “You can’t just throw money like that. You need experts to inform a whole new approach to stimulating agriculture in the [Virgin Islands].”

Last Thursday, the premier said that long-term plans are in motion, but he didn’t provide further details.

When the farming and fishing stimulus was first announced in March 2020, leaders said $2 million was allocated for it. But more than three times that amount was ultimately spent on the initiative.

The total paid out to farmers and fishers was greater than the amount government said was paid out through the Unemployment Relief Programme administered by the SSB.

“The [SSB] is in the final stages of the reconciliation process of the benefits paid once the process on or before June 30, 2021, is completed,” he explained on April 22. “Any excess difference in the amount is to be forwarded to the Ministry of Finance as of April 1, 2021.”

Also in the HOA last month, Mr. Fahie explained that the farmers and fishers programme had received extra money because more people applied than anticipated after the grant deadline was extended.

“So no more new monies was requested, but some shifts were made with the existing monies to see how to help more farmers, fishermen,” he said, though he didn’t explain the source of the “shifted” money.

During the same session, Mr. Penn asked for the list of people who applied for the fishing and farming initiative.

Mr. Fahie responded that he had provided a “very extensive” list to all members of the House the same day. Mr. Penn, however, said members had not in fact received the information, and he asked that it be sent electronically. He eventually received it.