During a Monday afternoon ceremony that was part of Farmers and Fishers Week, the fishing wharf in Baughers Bay was renamed for late legislator Omar Hodge, affectionately known as “the …

END_OF_DOCUMENT_TOKEN_TO_BE_REPLACED 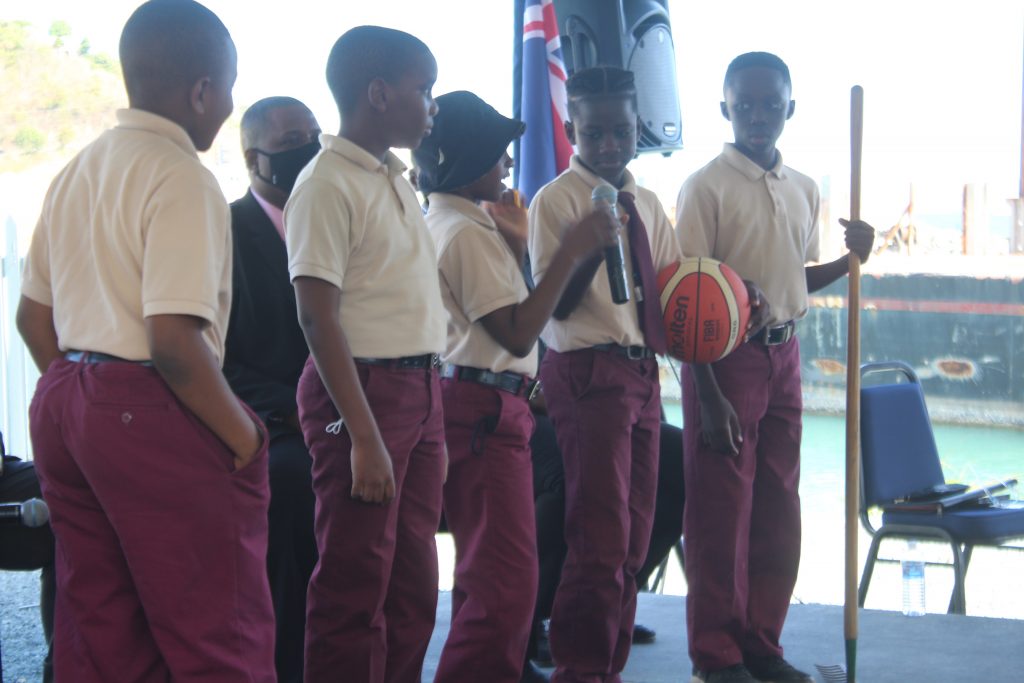 During a Monday afternoon ceremony that was part of Farmers and Fishers Week, the fishing wharf in Baughers Bay was renamed for late legislator Omar Hodge, affectionately known as “the people’s man.”

“This is now the people’s, the fishermen’s, wharf,” said Deputy Premier Dr. Natalio “Sowande” Wheatley. “Food security will come to the people of the Virgin Islands, and that was the dream of the people’s man.”

The event and other activities ongoing this week mark the resumption of a tradition: Farmers Week previously was observed annually in the territory, but it has not been held since 2015 due in part to delays blamed on drought and then Hurricane Irma.

This year is also the first time fishers will be celebrated during the event, following the 2019 combination of the territory’s agriculture and fisheries agencies into one department.

During the Monday ceremony, family members and friends of the former legislator spoke about his life.

The late Mr. Hodge, who represented District Six from1979 until 2011, served as deputy chief minister and minister of natural resources and labour, among other positions.

“He was a man of immense heart and love, and he deeply cared for his people,” said Alvera Maduro-Caines, who succeeded him as the District Six representative. “Please note that the park is not fully completed. Over time, additions will be made. We will have built-in grills, an area for the children, and a bathroom. Slowly but surely, it will be completed.”

Now, the park includes a bust and plaque commemorating Mr. Hodge, as well as a large sign at the entrance.

Ms. Maduro-Caines explained that she worked with the Public Works Department to complete the project, which she said began in 2011 and required her to beg government ministers for funding over the years.

It will continue with food competitions and the opening of an animal pound in Paraquita Bay tomorrow (see below), as well as a Market Day on Saturday.
The theme is “Restore, Increase, Sustain and Educate.”

“This year, we celebrate farmers and fishers collectively as food producers with an emphasis on public awareness and education as we reflect on accomplishments we have made, whether large or small,” Dr. Wheatley said in a statement announcing the week.

Ceremony for the dedication and opening of the public pound; dedication of the tractor open house; secondary school dessert competition: 10 a.m., Paraquita Bay