There wasn’t much kitesurfing at the second annual Anegada Kite & Paddle Festival, but to attendees it was enough just to appreciate the natural splendour of Anegada, the island in …

END_OF_DOCUMENT_TOKEN_TO_BE_REPLACED 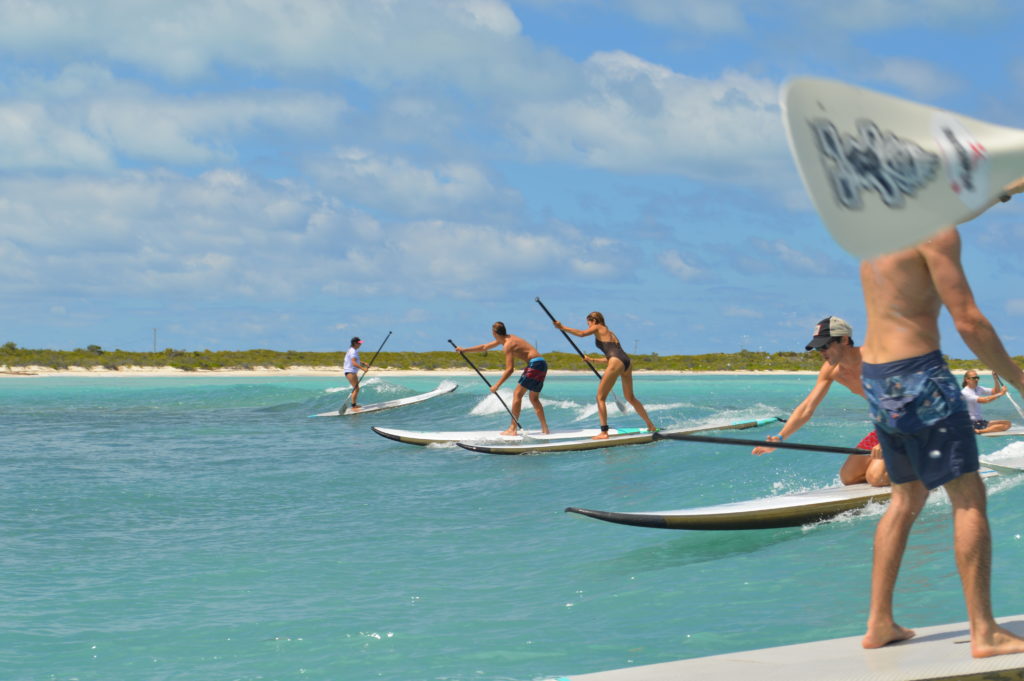 There wasn’t much kitesurfing at the second annual Anegada Kite & Paddle Festival, but to attendees it was enough just to appreciate the natural splendour of Anegada, the island in the territory the least touched by Hurricane Irma.

“This year it was just about getting people out on the water and enjoying what’s on their doorstep,” said Tommy Gaunt, owner of Tommy Gaunt Kitesurfing, which sponsors the festival.

After all, there was a question mark whether the festival would even happen.

Co-organiser Kezzia Gray said, “We didn’t know what would happen after the hurricane. There were a few weeks in there where we thought it might not happen. But by the time we realised it could, we only had a month to get it together.”

It was a scramble, but they succeeded, because the two-day festival returned to the Anegada Beach Club in Keel Point Saturday and Sunday, aiming to both bring in experienced kitesurfers and paddlers and introduce novices to the sports.

This year, attendees could either go as beginning, intermediate or independent kiters or spectators. All types of tickets sold out quickly, mostly to people living in the Virgin Islands.

Sir Richard Branson, owner of Necker Island, spent the weekend there along with staff of his Unite BVI organisation, sponsoring an evening talk on preserving the environment post-Irma.

There wasn’t enough wind for kiting on day one, but organisers were ready with alternate activities.

“We are embracing the weather and getting people on some really awesome downwinders [paddleboard trips],” Ms. Gray said. 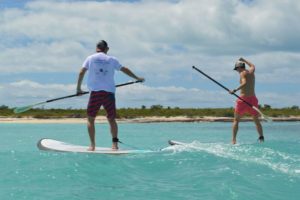 Davinia McGann, who lives on Tortola, signed up for the festival with zero kitesurfing experience.

“It’s a long process to learn how to kite, so this [festival] is a great way to learn,” she said.

On Saturday, she grabbed a paddle and jumped in the water for the first downwinder of the day, where racers were driven up to nearby Cow Wreck Beach and then paddled back down to ABC. A sudden change in wind had some paddlers struggling, though all eventually finished.

“The winds are so reliable here, but it turned it into an upwinder,” laughed Mr. Gaunt. Some swells halfway down the course also turned paddlers into surfers. But the water was crystal clear, and participants spotted turtles and stingrays along the route.

“That feeling when you get back to the beach, you’re just like, wow,” Ms. Gray said.

Day two threw the festival a curveball, however. Usually on Anegada, reliable winds and the presence of the barrier reef lend the island its status as the major kitesurfing spot in the territory.

However, on Sunday, attendees weren’t prepared for the angry sea, featuring swells nearing 20 feet as a result of a huge storm slamming the east coast of the United States.

“It was crazy,” said Zoe Sorrentino of Tortola, who helped organise this year’s festival. “The waves took out the beach [and] the swells were coming up over the reef.”

That, combined with the lack of wind, put the kibosh on most watersports.

“I think people enjoyed the down time,” she said.

They did yoga, played volleyball and were still able to get an introduction to kitesurfing gear so that they’ll have knowledge to take with them when the wind finally does pick up.

The festival also marked the inaugural run of the Anegada Express Ferry, which was finally in full swing Saturday and Sunday, bringing visitors back and forth from Tortola and Virgin Gorda.

“We knew it had to happen this weekend,” said Doug Riegels, owner of ABC and the ferry. “We had some early difficulties but we are happy to have it running. And it will keep going and it will get better.”

Despite the hiccups, Ms. McGann left satisfied with her experience.

“I think that it’s a great event and a really good way to get more people into the sports which are a complement to the natural resources we have in the BVI,” she said.