Two new members will be added to the National Anti-Money Laundering and Terrorist Financing Coordinating Council if a recently passed bill gets the governor’s assent. The House of Assembly passed …

END_OF_DOCUMENT_TOKEN_TO_BE_REPLACED

Two new members will be added to the National Anti-Money Laundering and Terrorist Financing Coordinating Council if a recently passed bill gets the governor’s assent.

The House of Assembly passed the Proceeds of Criminal Conduct (Amendment) Act, 2022 on Sept. 27.

The bill adds the financial secretary and a member of the Committee of Law Enforcement Agencies to the existing eight-member council. 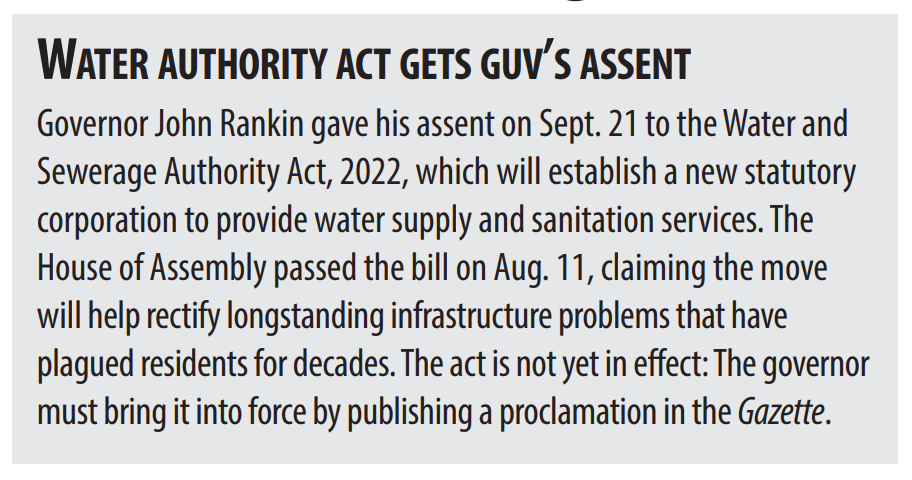 Premier Dr. Natalio “Sowande” Wheatley, who is also chairman of the NAMLTFCC, said when bringing the bill for its second reading that it was a simple “oversight” that those two members were not previously included in updated legislation.

“[The council] is a very important agency which is able to confront the scourge of money laundering and terrorist financing, and to ensure that the BVI does not become a safe haven for such,” he said. “It is imperative that this committee function and function well to ensure that we get a good [Caribbean Financial Action Task Force] evaluation.”

The bill passed with no debate but with amendments on Sept. 27.

The HOA closed on Sept. 27 without setting a date to return. When the sitting resumes, legislators plan to debate the Liquor Licences Act, 2019 and the Jury Act, 2022.

Though the Police Act, 2019 — which would launch a major overhaul of the police service — was originally included on the Order Paper, the premier successfully moved to shift it to a later sitting.