Banks, investment funds and insurers could boost their own bottom line by making green decisions that help close an estimated $800 billion per year “biodiversity funding gap” that has been …

END_OF_DOCUMENT_TOKEN_TO_BE_REPLACED 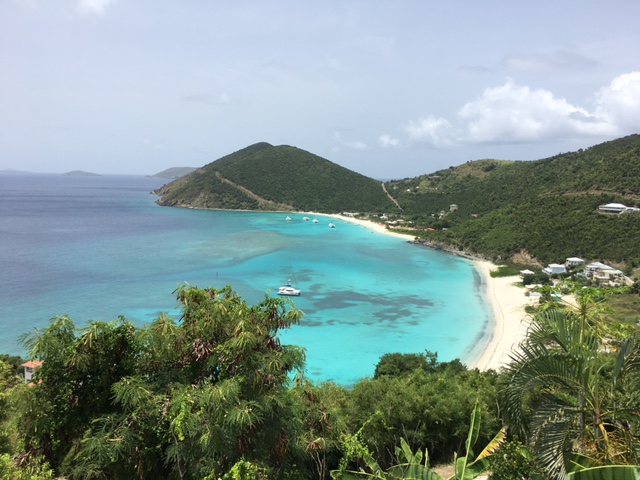 The BVI Tourist Board said in a presentation last week that although tourism numbers from January to July are dismal, the upcoming season looks promising. (Photo: CLAIRE SHEFCHIK)

Banks, investment funds and insurers could boost their own bottom line by making green decisions that help close an estimated $800 billion per year “biodiversity funding gap” that has been identified by the Organisation for Economic Cooperation and Development, according to a new report from global accounting firm Ernst & Young.

“The message that financial services are embedded within nature and not external to it is clear in this report,” said Roy Bailey, EY’s country partner in the Virgin Islands. “Investments that damage nature’s capacity to provide essential ecosystem services will collectively reduce
returns over the long term.”

The report — titled “Waking up to nature – the biodiversity imperative in financial services” — cites a United Nations finding that investment in projects promoting biodiversity will need to triple in real terms by 2030 and increase four-fold by 2050 if individual countries are to meet their objectives under the 2015 Paris Climate Agreement and reverse the ongoing loss of biodiversity.

The UN has also found an overall financing gap of $2.5 trillion needed for the world to meet the UN’s 2030 Sustainable Development Goals.

Financial institutions can help fill these gaps by ensuring that their investments, capital allocation, loans and insurance coverage support “nature positive” activities, according to the report, which was released last month by EY in partnership with Microsoft and the Arizona-based firm Earth Knowledge.

The report also described how financial services can take a hit when nature is harmed. The World Economic Forum estimates that $44 trillion of worldwide economic value generation and more than 50 percent of gross domestic product is moderately or highly dependent on nature, the report noted.

However, the report suggests that the risk of biodiversity loss is not “being appropriately identified, assessed, or managed by financial institutions.”

Most firms lack a strategy to address biodiversity loss, and in 2019 the world’s largest investment banks provided an estimated $2.6 trillion of loans and underwriting services linked to investments that brought about the “destruction of nature,” according to the report.

The report lays out four steps that financial companies can take to encourage the health of the planet: include biodiversity and “nature positive” outcomes in their sustainable finance strategies; engage with
companies on issues like deforestation; advocate for ecofriendly policies and regulations; and develop ways of measuring and managing progress toward biodiversity goals.

“The ability to evaluate the impact of individual investments on biodiversity and to embed ‘nature positive’ considerations into decision-making will be key to unlocking the growing opportunities in this space,” Mr. Bailey said.

Eleanor Fisher — the regional sustainability leader for the EY region of the Bahamas, Bermuda and VI — stressed that following the report’s recommendations also makes financial sense.

“This is not only about financial services companies  doing the right thing to help ensure that future generations will be able to sustainably use the Earth’s air, land and water — it’s also a financial opportunity,” she
said. “Those firms who find solutions to match the supply and the demand will be the leaders in the fast-growing sustainable finance market.”

Despite the report’s stark warnings, it also noted growing momentum to preserve biodiversity in some sectors, with an increasing number of investment firms marketing products such as “natural capital funds” and “green bonds.”

A large market exists for such products, according to the report, which also found that two thirds of savers seek investments that support sustainability.

And in September 2020, a group of 26 global financial institutions launched the Finance for Biodiversity Pledge. As of October, the pledge had grown to include 55 institutions with collective assets under management of around $11 million.

The report cited this growth as evidence of “the growing recognition of the role that the financial services industry can play in reversing nature loss.”