In the financial services industry, regulation is often considered a burden. But during this year’s Financial Services Week, the industry chose to look at it differently, according to BVI Finance …

END_OF_DOCUMENT_TOKEN_TO_BE_REPLACED 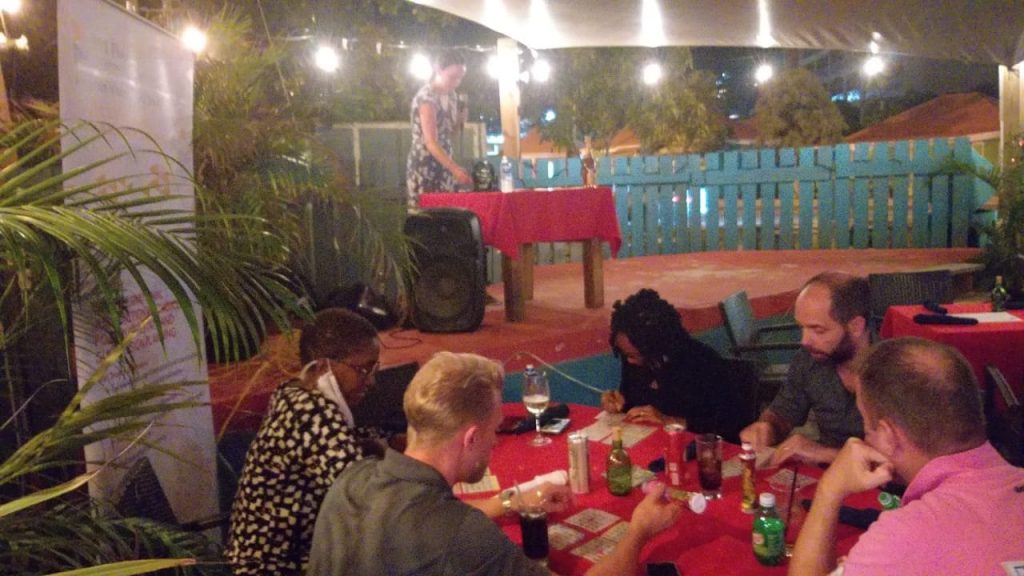 A charity Bingo Night at Bamboushay Lounge was one of the in-person events taking place for BVI Financial Services Week. (Photo: PROVIDED)

In the financial services industry, regulation is often considered a burden. But during this year’s Financial Services Week, the industry chose to look at it differently, according to BVI Finance CEO Elise Donovan.

“This year we paid specific attention to the regulatory ecosystem that supervises financial services business and how it facilitates our ability to do international business,” she told the Beacon.

And although a few popular events had to be postponed, including a quiz on the history of the Virgin Islands financial industry and the “Great Debate” between industry practitioners and the H. Lavity Stoutt Community College debate team, the week presented numerous opportunities to both educate and raise awareness of the challenges the industry faces and the value it brings to the VI economy.

The week kicked off on Saturday, Nov. 20, with a 5K run/walk, followed by a charity bingo tournament at Bamboushay Lounge and several livestreamed events.

Ms. Donovan said the celebration of Financial Services Week “is important to bring awareness about the vital role financial services industry and its various stakeholders play in supporting the BVI economy.”

Tuesday’s Breakfast Forum focused on what it called the “gatekeepers” of the industry, and the important job they play with staying on the frontlines of regulatory requirements.

Panellist Errol George, director of the Financial Investigation Agency, explained that he sees an average of 300 suspicious activity reports per year, and reported a sharp spike in 2018 and an increase in every year since, which he attributed to a surge in cryptocurrency businesses.

The FIA is also the “gatekeeper” of the Beneficial Ownership Secure Search System, he said, facilitating requests for information from
primarily United Kingdom law enforcement agencies.

Kenneth Baker, CEO and managing director of the BVI Financial Services Commission, said his idea of “gatekeeping” starts with deciding who will be licensed to practice and who won’t.

“An important function of the gatekeeper is letting the right people through the gate  in the first place,” he said. “If at the outset you are not fit to become a licence holder, then you will not be granted a licence. Because it’s easier to say no at the outset, rather than to withdraw an application two or three years later.”

Premier Andrew Fahie in his opening remarks on Sunday thanked an industry that “has kept the lights on in this country” through the global pandemic.

“The global economy is starting to rebound, and we are prepared to capitalise on the existing opportunities and avail ourselves of new opportunities as they evolve,” he said. “We are thankful that our
financial services remain a relatively buoyant process across
various sectors of the industry, who have stayed committed and steadfast, working out the best way of continuing to provide vital business services remotely to our clients around the globe.”